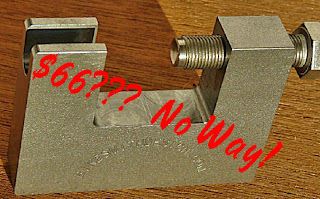 I have mentioned here before that I am all about having the right tools... but for the right price.  I have been looking into finding a cotter pin press and they run for at least $66 after shipping.  Pass!  So I got to thinking... the concept is pretty simple. 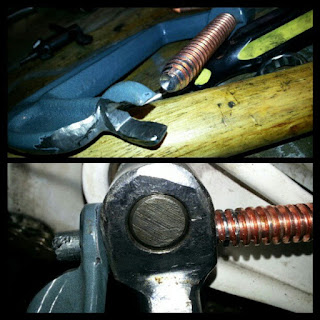 So I went to Marcs and picked up a 3" C clamp for less than $3. I cut off the swivel clamp and beveled the bolt to accept the cotter pin. Then I opened up the solid end of the clamp using the grinder and Dremel.  Boom! $60 tool for less than $3 and just as solid. 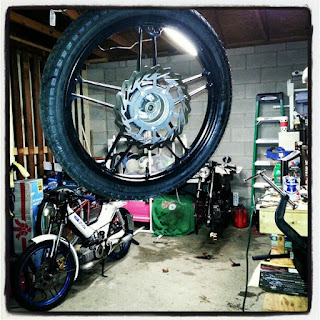 I spend the rest of the morning putting the front wheel back on my Magnum after inspecting the forks and then putting Caleb's Magnum front end on after fixing his k10's for the 12mm axle.  Looks great.  I will have pics once the bike is finished.

I am still keeping an eye on the weather... Above is the radar image from 4:30PM. The transition from rain to snow is right on cue with my blog yesterday: later than the evening commute, so the snowfall totals will be on the lower end of the totals posted last night. 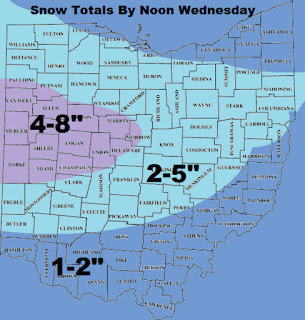 So when you see the ranges of snowfall... pay more attention to the lower ends.  The low pressure sitting right over us will help enhance some of the snow, but we are transitioning so late over to snow and losing about 4 hours of snowfall.  I will be in at the station at 3AM in the social media center so be sure to hit up my Facebook and Twitter using #wsyxsnow.  Stay safe and have a good one!