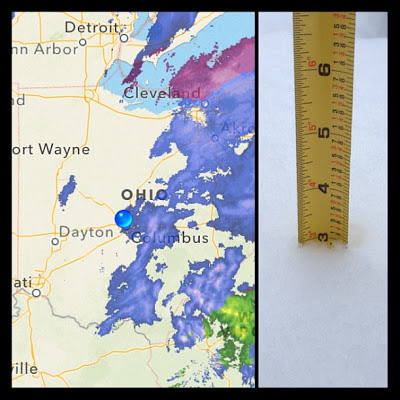 The forecast for the snow was right on cue.  Most of Central Ohio got between 2"-4" with higher amounts expected with the 4"+ range that saw the heavier bands of snow.  For example, I only saw about three and a half inches where I lived, but just a few miles away at the Port Columbus airport, they saw 5.9" yesterday.  So it really depended on your location, but most saw the 2-4" range. 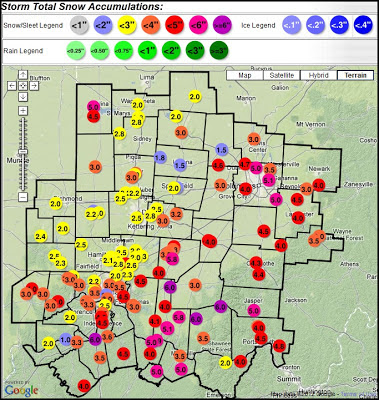 The National Weather Service office out of Wilmington made a great map of their forecast area and their reports from weather spotters. 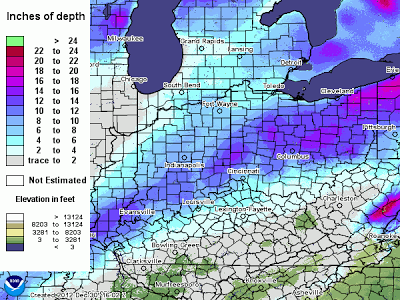 Another great NWS map is the current snow pack and you can see how there is a pretty distinct line of deeper snow from Evansville up through Youngstown for the last two systems.

As far as Columbus's snow comparison, we have now topped last years snow with only three systems.  The 5.9" yesterday really pushed us over the limit and now we just have the sky as our limit.  Columbus did break the old one-day record of snow for Dec. 29th, which used to be 3.6 inches. 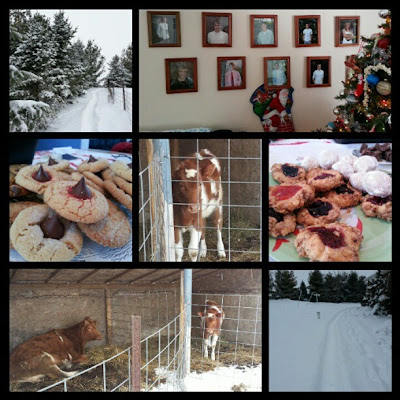 Luckily the highways were treated well and Dawn and I went back to my parents farm to celebrate Christmas.  It was a lot of fun and there was plenty of good food.  I sometimes miss the quiet life on the farm, but love all that the city has to offer. 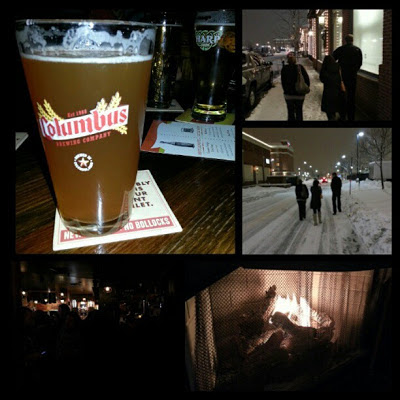 When we got back into town we met up with a few friends for dinner.  We then trekked through the snow to find a little hole in the wall with a fire.  Quite a lot of fun, but we didn't realize we had walked so far until the walk back... because the walk back was against the wind and falling snow... not fun for those not prepared(I had gloves and everything).  Today, I got to watch the Browns lose another game, but that is the last one for 31 weeks until preseason starts up.

Well even though we already topped last year's snow... more on the way.  Clouds are starting to move back and and that is good news to keep our temperatures from bottoming out.  Clear skies and a fresh snow pack can mean single digit lows without a problem.  With the clouds coming back in we should bottom out in the mid teens, if not lower teens in spots.  Clouds increase on Monday with snow arriving mid afternoon Monday and expecting light snow through early Tuesday.  Snow totals will be much lighter with most of the area seeing 1"-2" and then isolated spots along I-70 may get a few pockets a little more than that according to the latest models.  All-in-all a light snow that shouldn't cause too many problems, but still will be a little slick Monday night into Tuesday morning.  Then we quiet down for a little bit.  We could see a few flurries later in the week(Right now looking like , but other than that we stay quiet for now.  Well quiet, and cold... with the pattern starting to settle that will mean clearer skies pushing in so be prepared for some FRIGID mornings to come.  Meaning, check your anti-freeze in your vehicle.  I will have another update on the snow tomorrow... still filling in for Bill Kelly.  Have a good one!