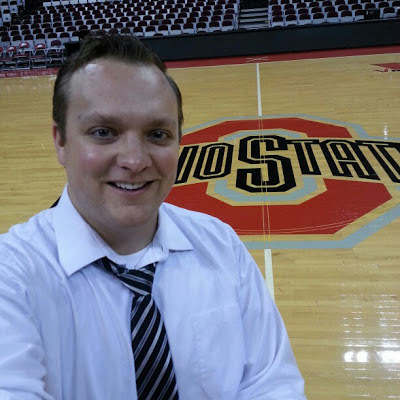 I was looking back at my last couple entries, and I forgot to leave out what I did when the storm started.  I mentioned that I came in early Thursday to go to Ohio State to do a story on the new basketball floor.  It was pretty cool to be there as they were unloading the new floor. 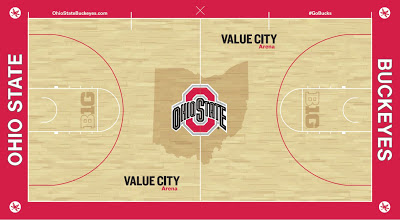 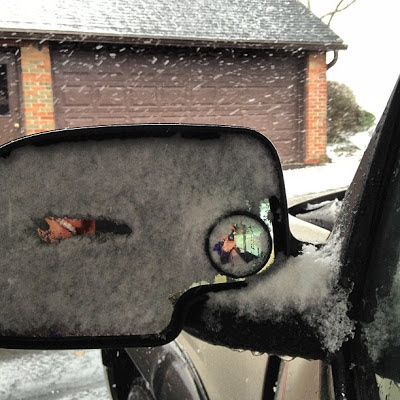 I was back at work by 6AM Friday for the morning show and the snow continued to fall throughout the afternoon.  There is something about the first decent snowfall that makes me smile.  It is almost like it brings out the kid in me. 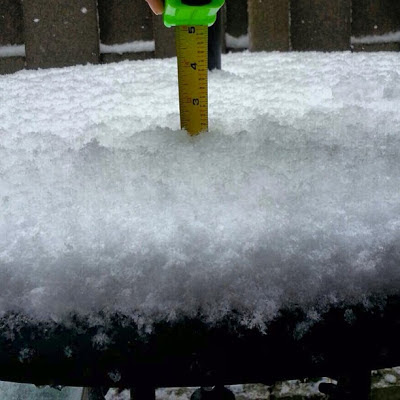 Luckily our back patio was sheltered from the strong winds and by the early afternoon we already had nearly two and a half inches of snow.  There was at least another half an inch that feel after this so I think we saw at least three inches where I live in Columbus.  Dawn and I finished up our Christmas shopping and it was kinda nice to get in the spirit with a little snow on the ground.  More snow is on the way too...

Lighter winds for Sunday with more sunshine.  A wintry mix arrives early Monday morning.  Southern Ohio will deal with more rain, but Northern Ohio will see more snow.  Snow accumulations to the far Northern part of Ohio will be around an inch with a little more in isolated locations.  The system will move out of here Monday evening, and Central and Southern Ohio could see a brief switch over to light snow, with little to no accumulations.

We clear out a little for Christmas Day on Tuesday, but more snow expected Wednesday.  The track of the Wednesday system will determine who will see the most snow, but as of the latest forecast models, it appears that parts of Ohio could see 3-5"+ of snow... it will all depend on the track of the storm, so it will be monitored closely.  Another round of snow is expected by next Saturday along with some of the coldest temperatures of the season.

Afternoon highs will warm above freezing the next few days and then fall back below freezing at night so be mindful of refreezing on sidewalks and pavement.  Have a good one!