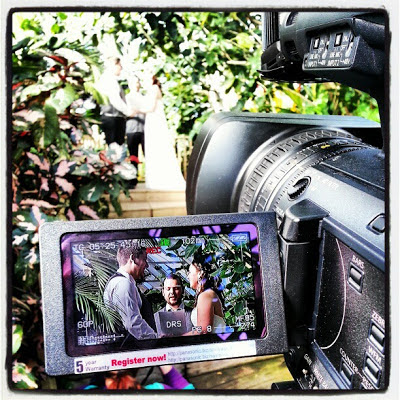 I knew there were going to be a lot of crazy things happening on 12-12-12 and I was excited to cover the fun stories of the day.  I first interviewed a kid who had his 12th birthday yesterday.  I then went and get video of a wedding at 12:12PM.  I busted out a forecast to help Bill Kelly since he had a school talk a long way away.  I then ran out to do my stand-up at a grocery store with all the good things that come by the dozen.  Then off to the hospital for a baby born twenty minutes til twelve... crazy and fun day.  Plus it was fun making a lot of 12 jokes.

Alright, on to your extended forecast... the above image is from the Friday before Christmas, the 21st.  We are too warm for any snow here and it looks like rain for the end of next week.  But then all the models agree that a cold blast of air punches in for the weekend and early Christmas week.

So the above image now is the afternoon on Christmas Eve and parts of Ohio could see a little bit of light snow thanks to some strong northerly winds.  It will surely be cold enough for snow.

By Christmas Day it looks like a strong area of high pressure will bring us plenty of sunshine, but still rather cold.

The days following put Ohio on the rain/snow line for another system followed by more snow...  NOW.... this is 12 days out.  Time for another analogy... all of this is about 10-12 days out... so imagine you are taking a long trip that will take 12 days to drive there.  Give it another 2 more miles per hour and you would travel 600 more miles... so a slight change in the speed of the next few systems could shift the timing.  So the good news is that there is still a chance for snow for Christmas.  The chances for an inch of snow for a White Christmas... well it looks slim, but possible.  I will keep you posted.

We will slowly warm up for the upcoming days with more sun.  By Saturday we will be relatively mild, but then rain rolls in late Saturday into early Sunday.  Colder air returns and then we stay dry until the end of next week... which is when we get into the rain I mentioned earlier in the blog.  So the good news is a relatively dry week ahead, other than late Saturday into Sunday, through the end of the week.  Have a good one!