I have got a LONG day tomorrow.  Going in early to get to Ohio State for a story.  They are putting down a brand new basketball court.  I will be in at least an hour early for that.  Then I got my full day followed by volunteering at the Town Hall meeting that the station is having to discuss gun violence and mental health.  Then I am back in on the morning show Friday morning.  I would complain, but no reason, I love my job. 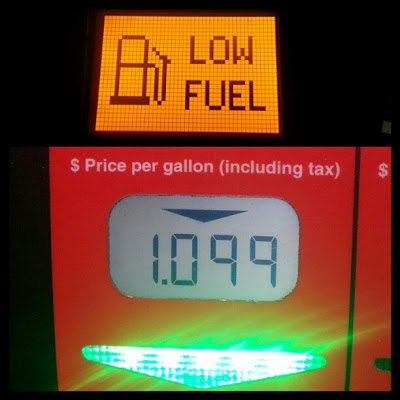 To add to my great day, today... I got gas for $1.09!  That is right!  Kroger had a 4x fuel points on gift cards a week ago and for everyone that we planned on getting gift cards for... well they saved me at the pump.  26.2 gallons of that cheap gas! 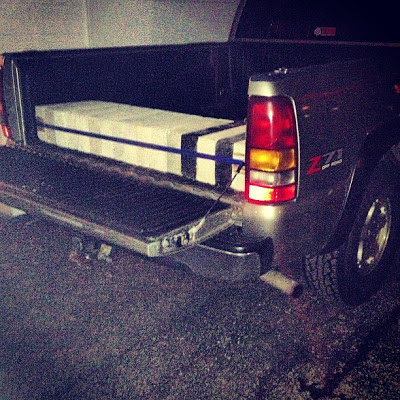 I also ran by the garage to put the weight in the back end of my truck for the icy roads on Friday.  I won't have any time between now and then.  Plus it is good practice to remember what an extra 600 lbs in the bed of my truck is like driving. 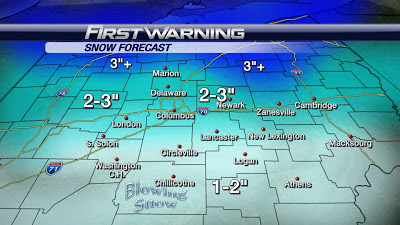 So above is the forecast that Bill Kelly and I came up with this afternoon for the coming snow.  Winds pick up throughout the day Thursday and max out Thursday night into Friday morning with gusts 50+ mph and then slowly drop of through the afternoon Friday. For Central Ohio, rain starts 8-11AM(slightly sooner for Western Ohio, slightly later for Eastern Ohio) Thursday and switches to snow by 8-11PM(slightly sooner for Western Ohio, slightly later for Eastern Ohio) and then snow continues Thursday overnight into Friday. Snowfall forecasts for Central Ohio: 1-2" south of I-70. 2-3" along and north of I-70 and then 3"+ to the Northern part of Ohio.  The forecast above was put together around 5PM and the 7PM NAM forecast model is below. 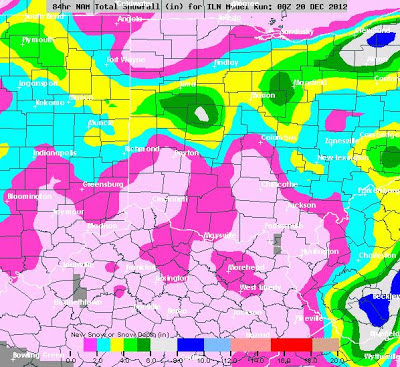 The American model continues to increase our snowfall expectancy with each model run.  Check the last couple of blog entries and compare to see how the models continue to show more snow.  I still think that the 5PM forecast we have is pretty accurate, but maybe slightly on the low end, for SOME areas.  The hard part will be measuring the snow because I have no good explanation as to how to measure snow when the winds are going to be 40-50+ mph.  There will be a lot of blowing and drifting snow.  If you do not need to be on the roads Friday morning, I would recommend staying inside with a great Star Wars movie (that's what we did as kids when we had snow days.)  The roads are going to be dangerous, not only because of the snow, but the winds will easily blow vehicles sideways on any ice.

The snow ends later Friday and then our highs climb into the mid 30's through Christmas... so there is a chance that some of the snow drifts and some snow may still be around, come Christmas morning.  Until I get another chance to sit down and update you... take it easy, stay safe and have a good one!