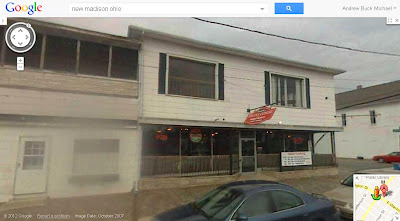 It is hard to believe that ten years ago today I joined the working force. A few friends, at my church, worked at the local restaurant in a town that had less than 1000 people... I think they still have less than 1000 people living in New Madison. Anyway, I was helping my dad clean roots clogging drainage tile on the farm when I got the call that they needed help. I was super excited. I had no idea what to wear on my first day at the Historic Fort Black Buffet, so I threw on my khaki pants and my favorite sweater...too bad that was their last use. I had no idea I would be using so much bleach to clean things...they were ruined. Fort Black was the local greasy spoon known for their 15+ different pie selection. Man, I loved their food. I worked there until I went to college and it was probably one of my favorite jobs; and I have had about 16 jobs in the last ten years. I often held several jobs at a time while going through college to keep from being weighed down with student loans. Anyway, I always remember that I got my start at the local restaurant, which I just found out recently that it has shut down. Bummer. I tried finding a photo of the restaurant online, but had to resort to a Google Street View.

Forecast is holding solid from yesterday. Today will be warm with highs in the mid 70's and then storms arriving around dusk this evening and will likely be at their strongest and affecting most of us around midnight or shortly before. There is not a major threat for severe weather, if anything, only strong winds. They will push off to the east and by daybreak tomorrow we will begin to dry out. The good news is that other than the rain tonight, the weekend will be dry, but the bad news is that it will be considerably cooler. Highs will be in the mid 50's for the weekend and early next week. Frost is also likely with lows near freezing for early next week. We will warm up heading into the end of next week and still looking like no decent chance for rain until late next week. Enjoy the weekend and stay dry tonight. I will have plenty of photos from the moped rally when I get back, so check back in on Monday. Have a good one!