Back in the Weather Center 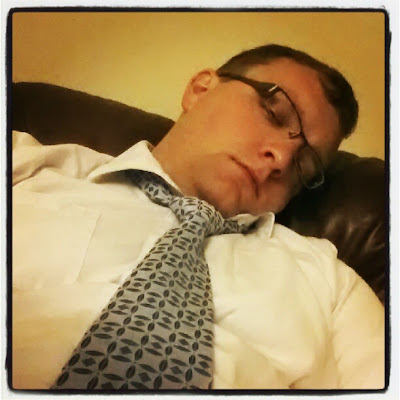 I filled in Wednesday morning on the morning show and it was a LOT of fun.  It was the first time I have worked with Pete in about a year and a half.  It actually was the first time I have been back on the mornings since coming to Columbus.  I won't lie though... I was exhausted afterward... and had an upset stomach for eating cereal at 1:30AM before heading into work. I forgot that I can't eat that early. 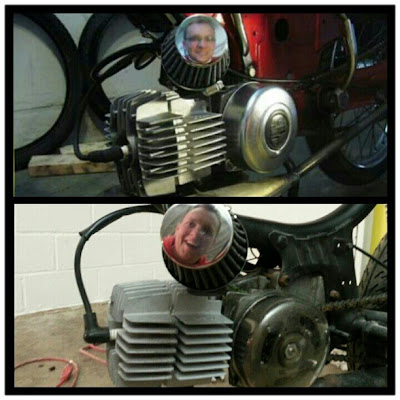 Thursday I did a story on bridges in need of repair and then I did a little repair assistance myself with a friend.  We finished rebuilding his motor and buttoning it all back up.  I sold him my old SHA high flow air filter and I couldn't pass up the opportunity to do a before and after picture from my bike two years ago freshly rebuilt and his bike rebuilt with the filter. 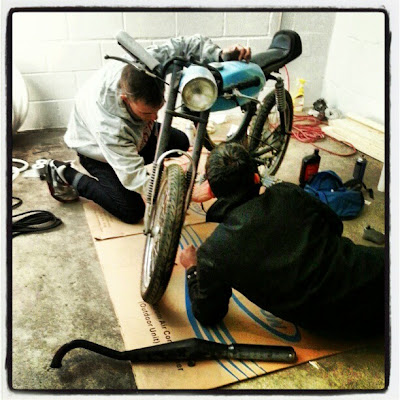 It was a fun time hanging and wrenching.  I miss being able to do this, but hopefully get-togethers will be a thing of the future. 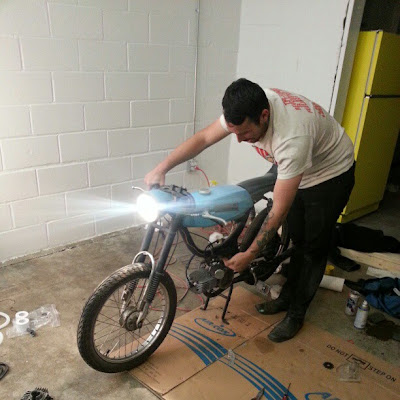 It took a couple kicks, but once the carb was fully gassed... she came to life and ran nicely.  It is a Treats piston port(case matched), 15mm intake, 15 SHA, high flow intake, and a 73 jet.  She is running a little boggy, but we would prefer that during the kit break-in for now. 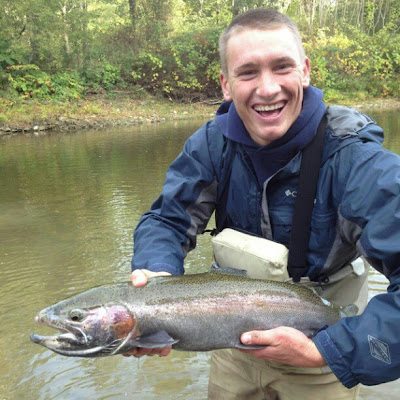 Friday I was on VO/SOT patrol (Voice-Over and Sound-On-Tape).  I drove around and got three stories for the newscasts.  I then finished off my shift at the game of the week in Westerville.  I also thought I would include the picture from my brother who is steelhead trout fishing.  Kinda jealous that I am not there.

A weak warm front has triggered a few showers for Saturday night mainly for the northern half of Ohio.  The rain will move out of here for the rest of the night and then things get warmer and interesting for Sunday.  A stronger cold front will move into the Ohio Valley for the second half of the day bringing storms and strong winds.  The winds throughout the day will be out of the southwest between 15-25 mph with gusts close to 40 mph.  The cold front will also bring showers and a line of storms for the late afternoon and evening.  A lingering shower or two is possible early Monday and then we begin to dry out for the first half of the workweek.  Get ready for those leaves to start blowing and have a good one!