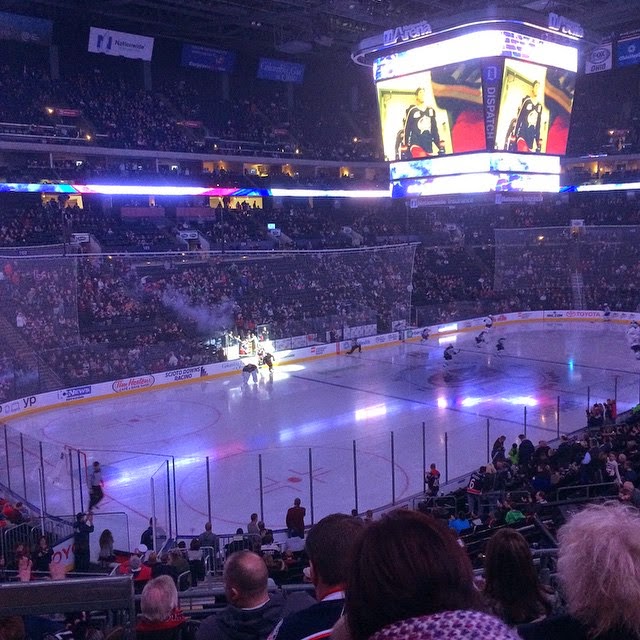 I was lucky enough to be invited to a Blue Jackets game with my good buddy Alex this week.  CBJ was down 1-0 with only nine seconds into the game... yikes...  Still a very fun time and we cheered our hearts out. 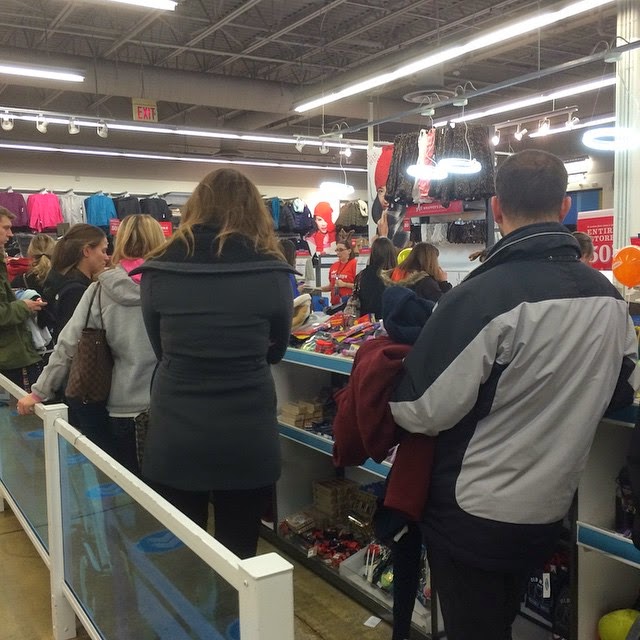 I spent Thanksgiving with my wife's side of the family.  We had a GREAT time.  There was a band of lake effect snow so heavy that you couldn't see more than a hundred feet.  It took about twenty minutes for a couples inches of snow.  So shopping (after midnight) was a bit dicey on the roads.  I did get some GREAT deals on new jeans and boots... What else do ya need to get the day done right? 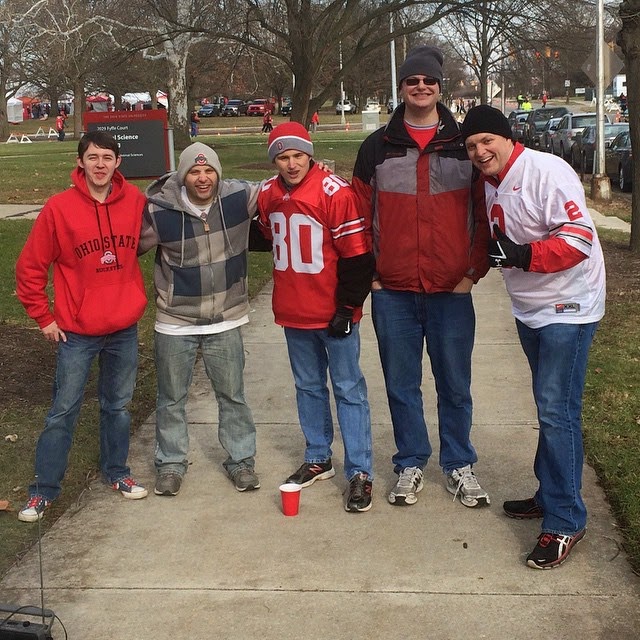 The Michigan game means one thing... the meteorology buddies get together.  This is a picture of SOME of us today.  A lot of us still get together on a regular basis for dinner, but it is always great to get the gang together to root on Ohio State. 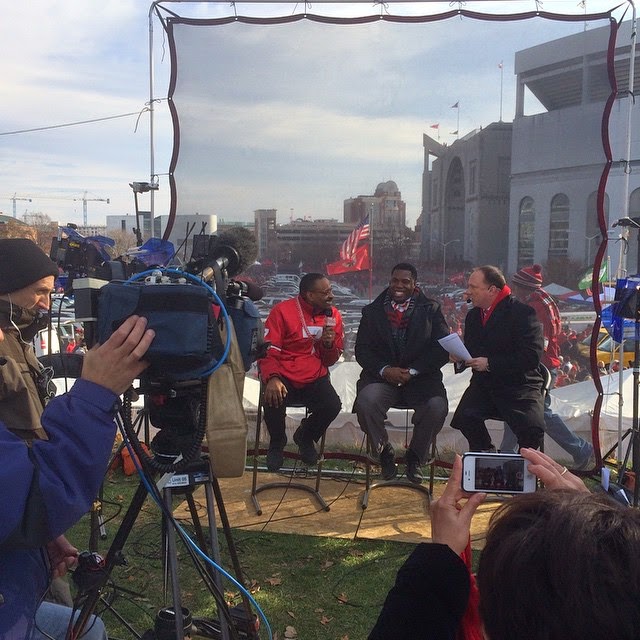 I also stopped by The Football Fever live shot.  These guys make it look easy, but there is a LOT of moving parts to put on that amazing show. 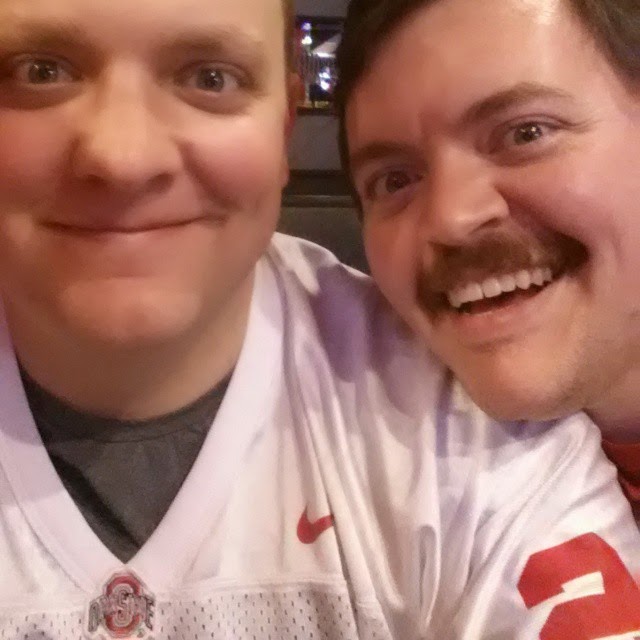 I got scared when J.T. Barrett went out of today's game with the broken ankle.  Ron Swanson said do not worry and I put on a smile.  Glad we beat TTUN, but not sure what to think of where the offense will go now.  I have faith in Cardale Jones, but I hope the team will mesh fast before the Big Ten championship next week. 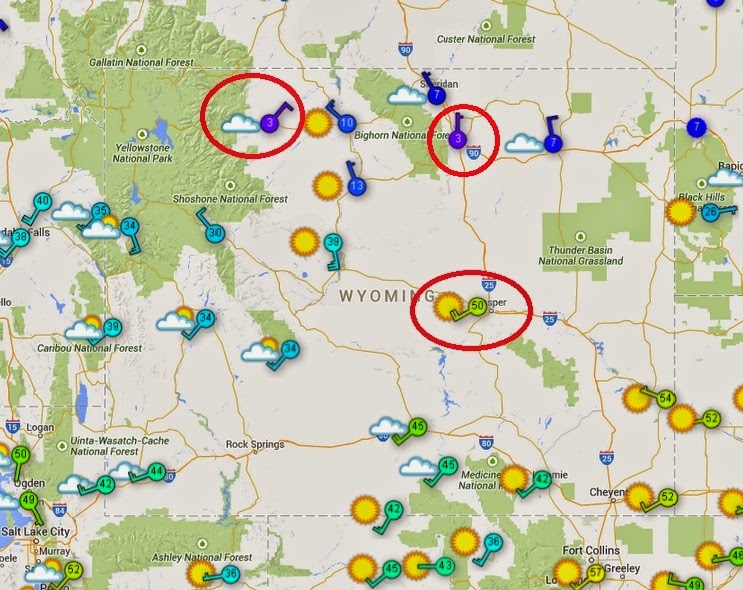