Snow contest is ON... and settling in at new house 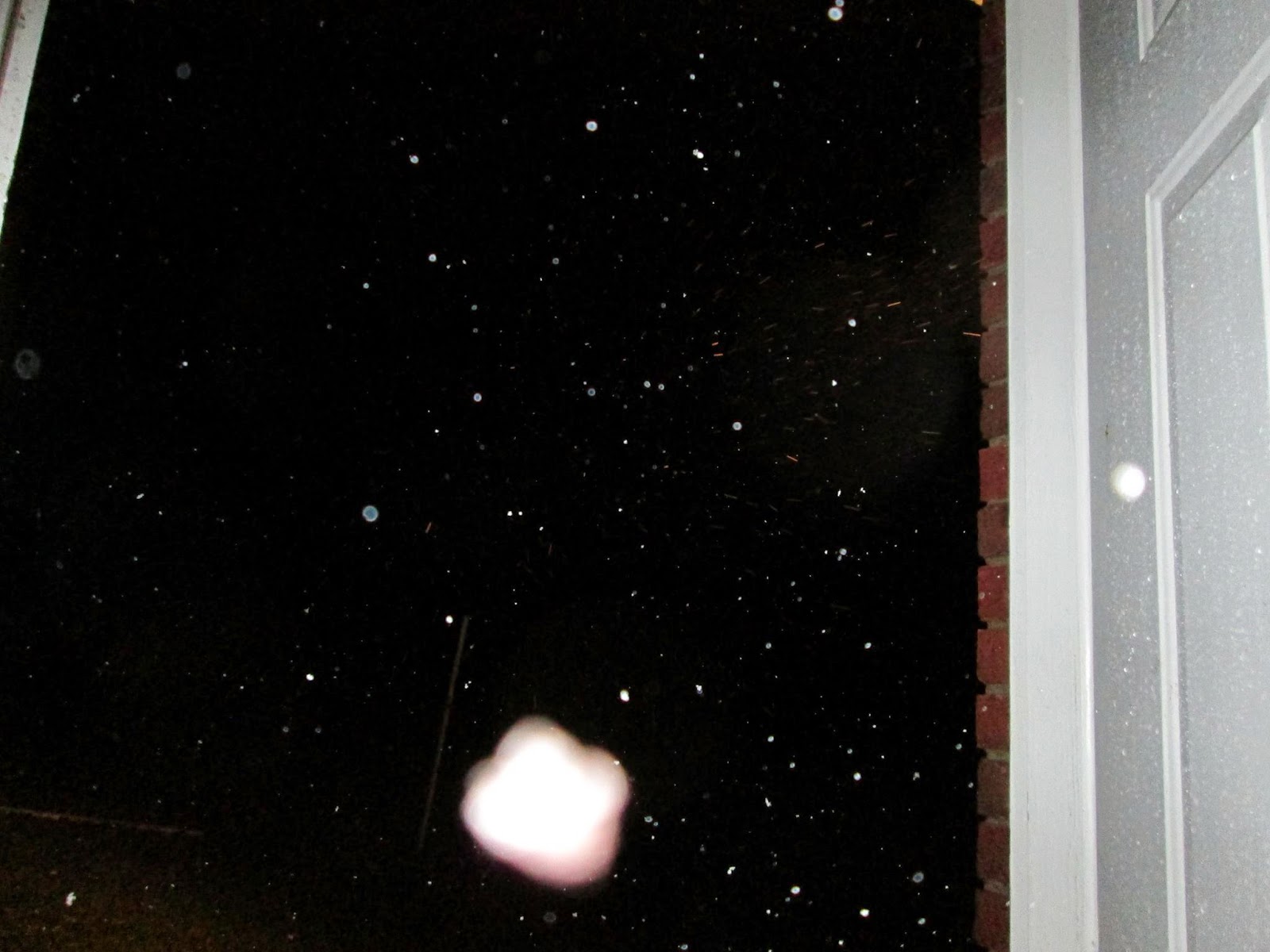 Well, the snow fell for many, but as expected, it came in the overnight time-frame.   My dad shot some video of the fairly heavy snow falling, but of course it melted almost immediately. 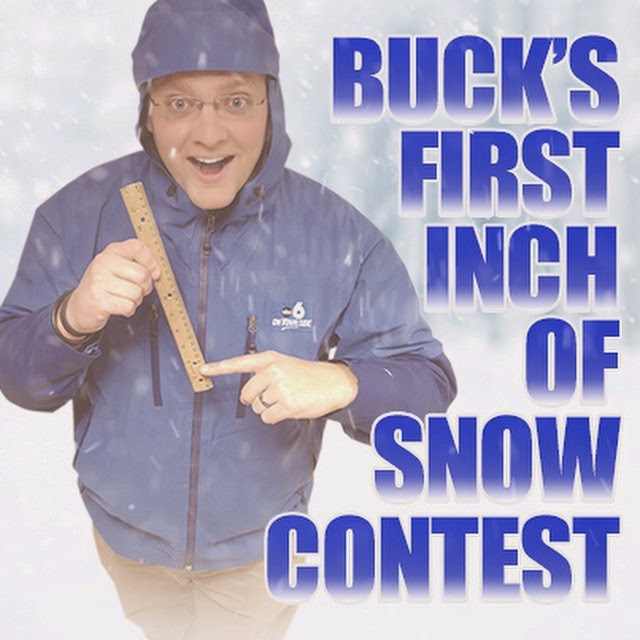 I launched the contest on my Facebook page.  Click the link to check the rules and good luck!  I AM giving away a prize pack this year.  Some pretty cool stuff in there that I would rather keep myself, but I know better than that. ;)  So far there have been a few less entries this year compared to last.  Not sure if it is because it has been slightly warmer, or if Facebook changed it's stinking algorithms again. (Probably a mix of the two) 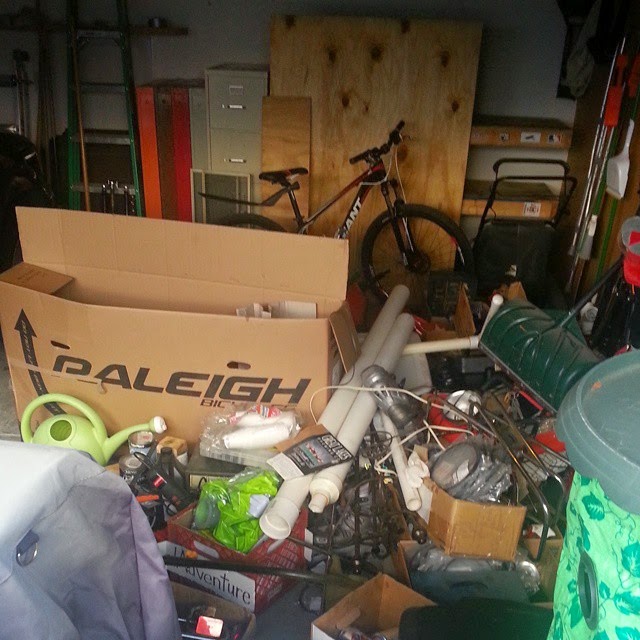 I got the garage organized this week.  The picture above is when I had all the movers just toss it in one half of the garage... 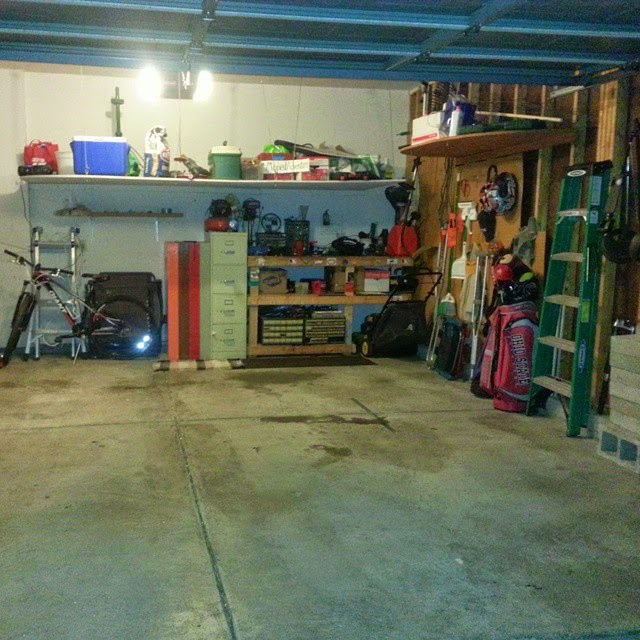 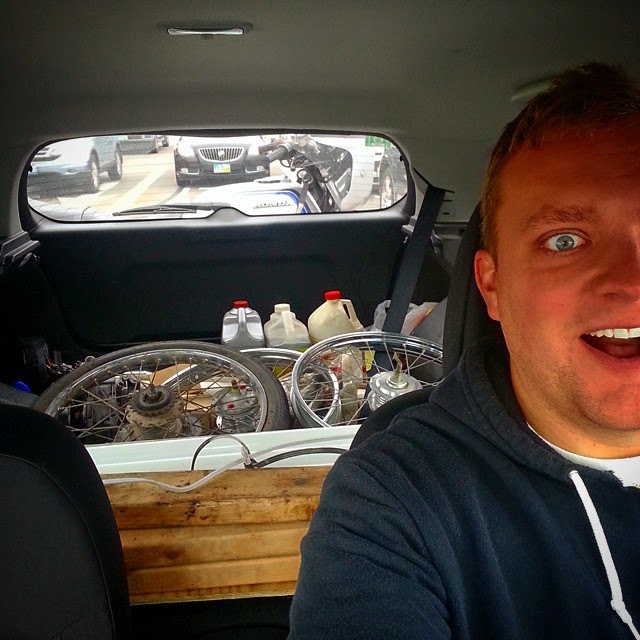 Had to pick up the final load of stuff from the storage unit. 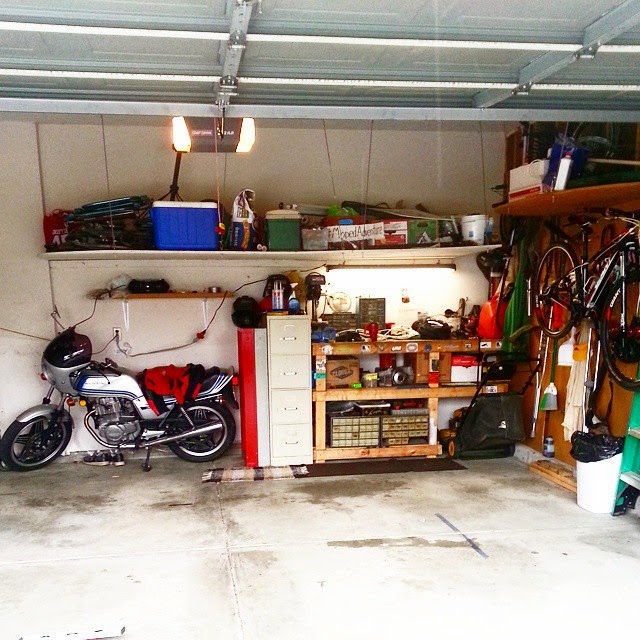 And now everything is complete.  The only change I will do when I get time is raise the shelf above the work bench.  Right now, I have to hunch just a tad to stand under it.  Plus there are bolts sticking through it and are right at eye level.  So six inch lift would make it AWESOME! 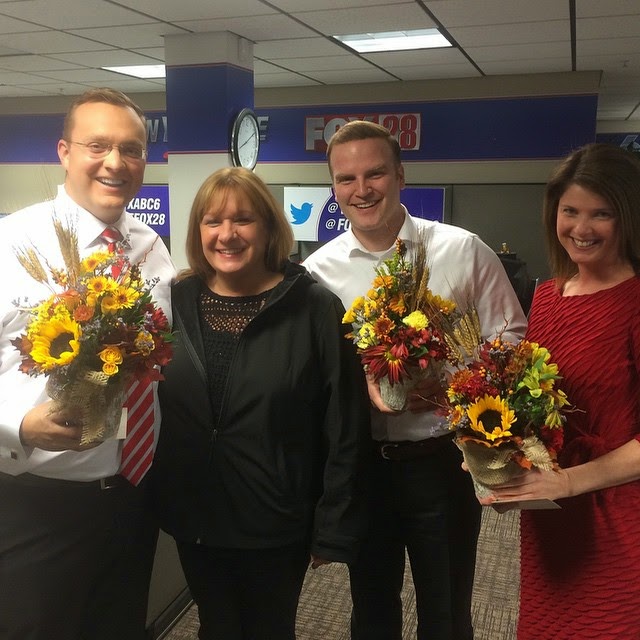 One of our loyal #TeamWeekend viewers is Mindi.  You may remember that she bought one of my mopeds earlier in the year.  She make centerpieces for Tara, Adam, and me.  Super big thanks for the first decoration at the new house!  (All our other pictures, etc are tucked away til we dig through it) 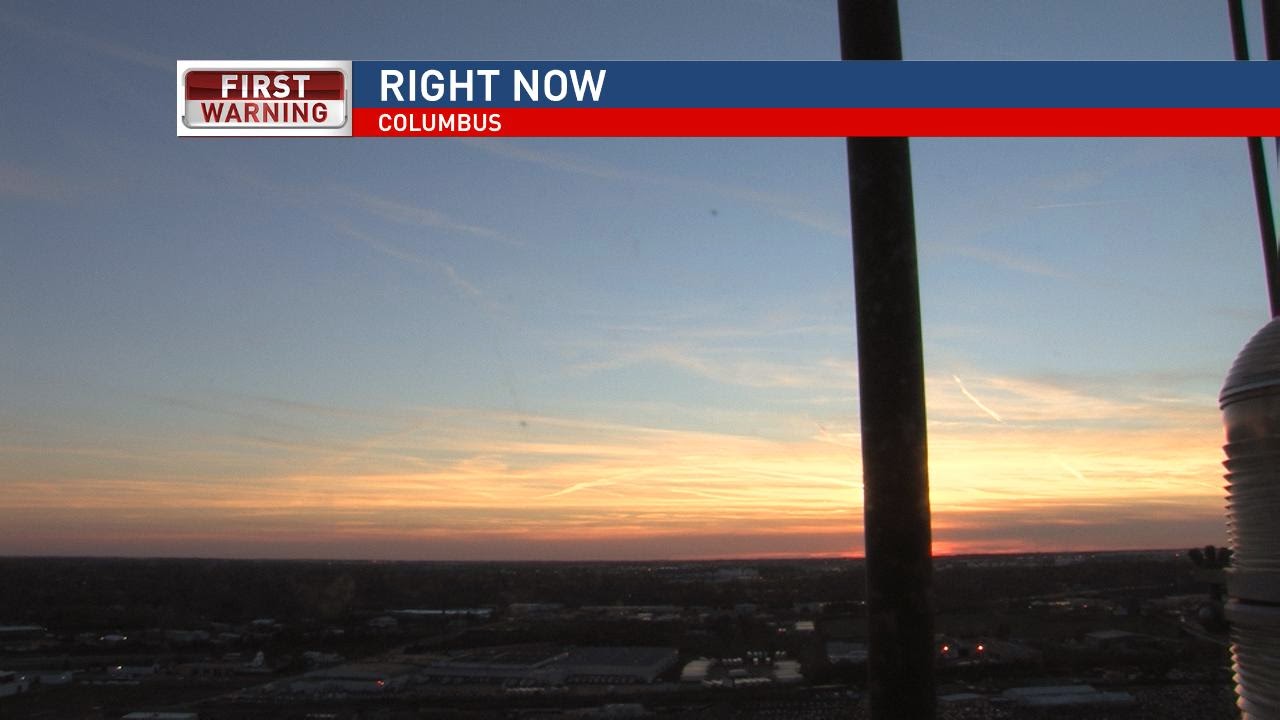 Well... It is that time of the year.  Daylight Saving Time came to an end and the sun is setting before 5:30PM in Ohio.  At least today was pretty sunny.  The good news is that Monday will be a pretty nice day.  Morning temps near freezing so expect frost, but the sun will peak through the passing clouds and we will warm to near 60 by the afternoon.  More rain returns late Tuesday, so the good news is that election day will start dry, but rain returns later in the afternoon and evening.  Then on and off rain showers possible almost every day later in the week.  A huge low pressure system will camp out to our north and just keep wrapping around moisture for the second half of the week.  None of the days will be a wash-out with heavy rain, but just have the umbrella handy for passing light rain showers.  If it was colder we would be dealing with a decent amount of snow... but that time will come... ;)  Have a good one!