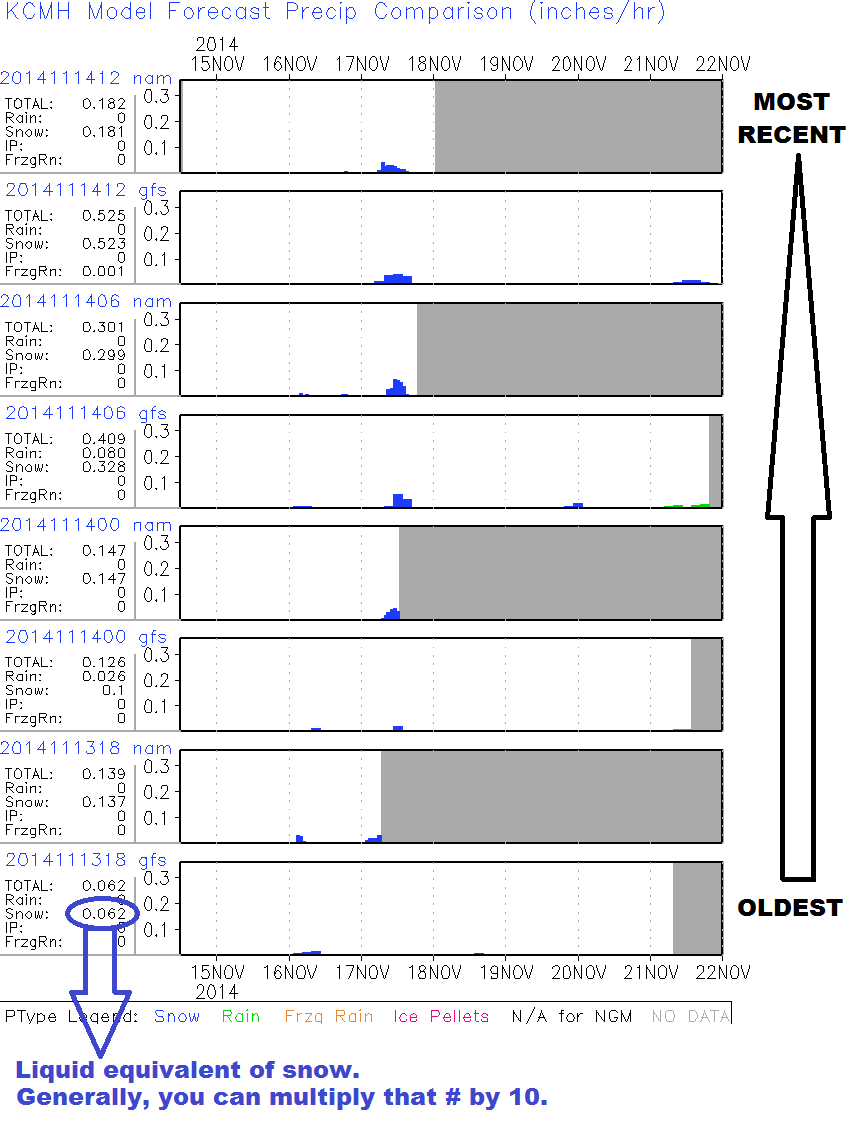 If you read the blog entry from yesterday then you already have a heads up.  But the European model was holding off on most of the moisture until Monday.  It still has maybe a dusting or some light snow showers Sunday, but the main part of the "measurable" amount of snow looks to arrive Sunday night into early Monday.  So that means roads will be at their worst Monday morning.  And by "Worst" I mean that pretty loosely and if this was a late-season snow it wouldn't need as much as attention as the first one.  Above the models continue to ramp up the snow for early on the 17th.  Please also remember the time is in Zulu time.  So where it says 17NOV then it is actually 8PM Monday Eastern Time.

So the left and middle model are the American models and the far right is the latest Euro model.  Still some wiggle room because they are not in complete agreement, but it is showing the heaviest of the snow for early Monday to be across Southern and Eastern Ohio.  Sunday will be lighter snow showers with generally less than 1" before sundown.  Then about 1-2" before daybreak Monday and then another 1-2" through the morning and early afternoon.  So some areas to the far south could pick up some decent snow, but as far as The I-71 corridor it looks more like 1-3" and lesser amounts to the Northeast.  More updates to come.  Thanks for checking in and have a good one!