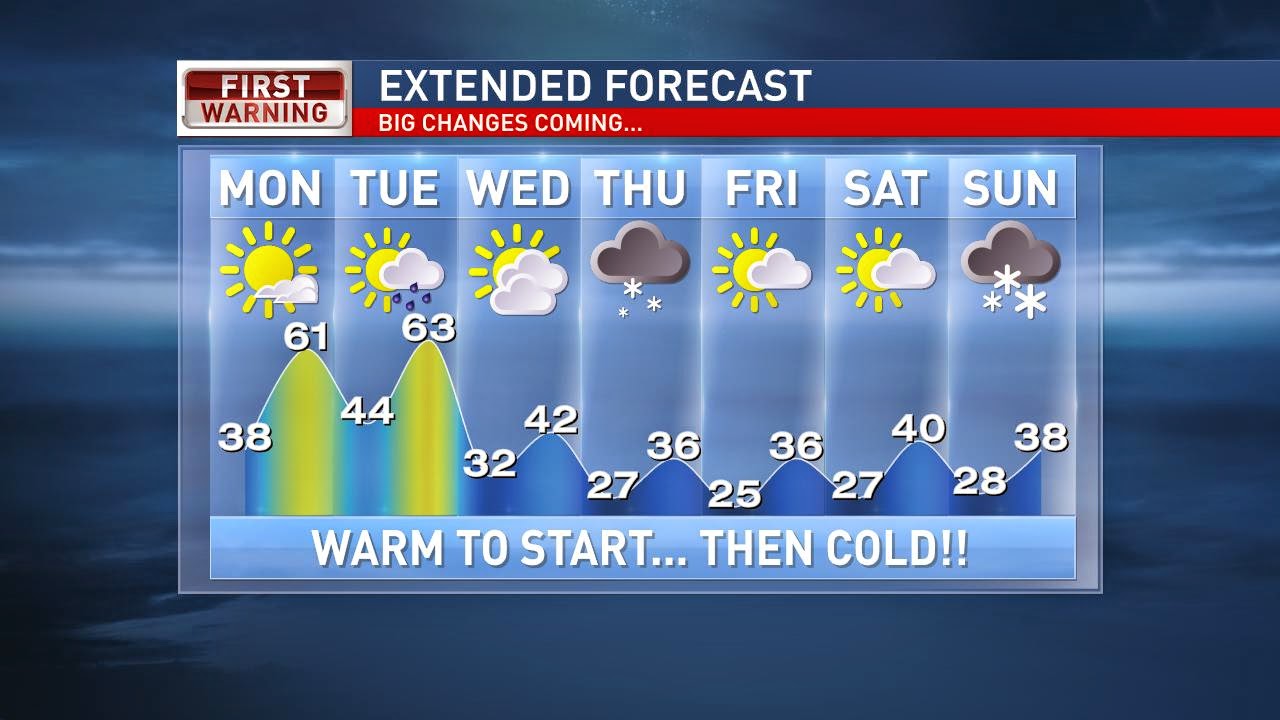 We have not had a good "taste" of winter yet this season, in Ohio... but it is on the way!  Enjoy Monday and early Tuesday.  Dry and "mild" for this time of year.  The cold front arrives later Tuesday and then we see our temperatures really fall fast.  A few flurries possible, Thursday, but mainly to the north.  What I am keeping an eye on is next Sunday.

The American GFS model (above) has been slowly increasing its snowfall forecasts through the day today. 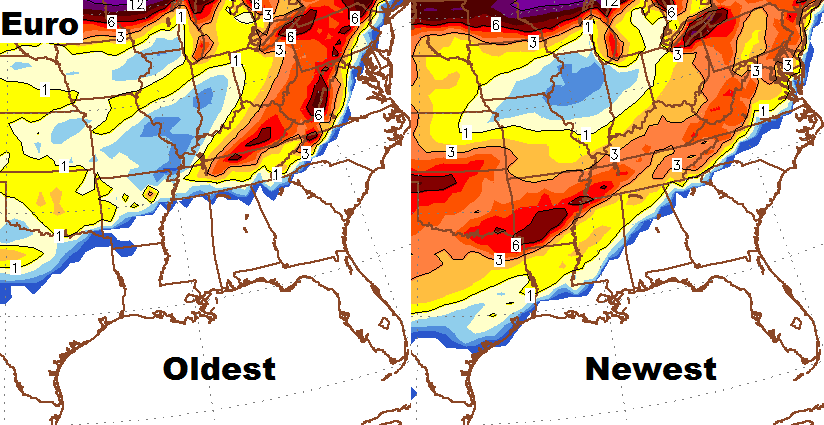 Euro was the first to sniff the snow and it has also been staying pretty consistent with the track of the system on Sunday.  It is still seven days out, but the models are starting to agree, for the most part, that something will happen.  There will be a system developing in the Southern Plains and picking up the moisture from the Gulf.  That will ride up through Tennessee and Eastern Kentucky and (right now) looking to drop the most amount of snow, for Ohio, over the Southeastern portions.  Again, this is still 7 days out... so it will definitely need to be checked and monitored... but the first snow of the season is ALWAYS a talker... (My blog got more views within the last 24 hours than ALL of October)  While the ground is pretty warm now, you can see that temperatures will be very cold through the second half of the week and we could see a fair amount of the snow sticking in spots.

So check back in through the week as things start getting nailed down... But most importantly... get out and enjoy Monday and Tuesday as much as possible!  Have a good one!