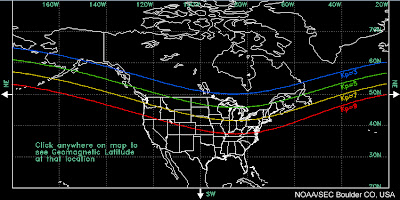 Lot of people buzzing about the Northern Lights.   I have had a lot of people ask "when" will be the best time to see the Northern Lights. Astronomers knew the sun ejected a lot of radiation and we have about a 48 hour window for Aurora starting earlier today. As for as specific forecasts... they can only accurately forecast one hour into the future because the radiation has to pass by satellites rotating the earth, which give us a heads up down on the surface.  I have been posting updates every hour and MAN, people are eating it up.  I have only witnessed it once in my life and it was pretty amazing.  Practicing with my high school band playing Metallica and the sky lights up red... pretty epic.  I still have some hope for tonight... Gotta keep an eye on things. 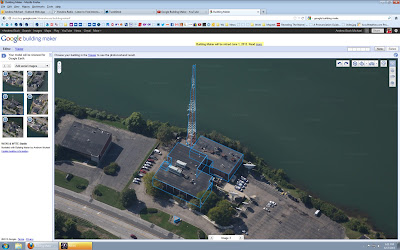 I found out that the buildings on Google Earth are built by people like you and me.  So I decided our station needed to be added to the 3D buildings. 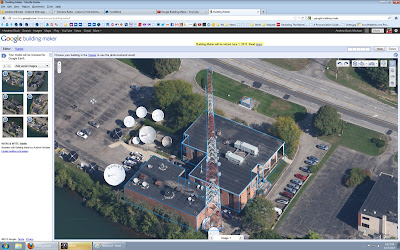 I submitted it to Google and they just need to approve it.

On to the weather:  Not sure if I have EVER witnessed the weather from one week to be identical to the following week with timing of the rain.  Next week looks almost exactly like last week, with storms mid-week and then cold front pushing through late Thursday into early Friday. (Hence why Friday morning low is warmer than afternoon high)

Warm front lifts through tomorrow and I bumped us up to 69°F.  Clouds early then clearing later.  I took out the chance for rain Monday because it looks to stay to our west.  Then the convection builds back in.

One BIG difference between last week and the upcoming week is moisture.  Last week we were dry, but this week we could see more convection, but temps a little cooler than last week due to moisture as well.

Next weekend is looking cooler than this weekend.  Saturday and Sunday we have 850mb temps around -7°C.  There is a slim chance for a weak disturbance next Saturday PM into Sunday... could be interesting with the colder temps.


Back to the Aurora updates on my Facebook page...  Have a good one!