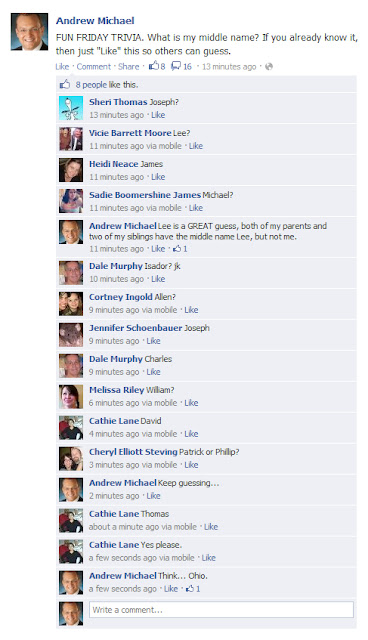 I thought I was going to have a little fun on my Facebook page.  I asked people to comment to guess my middle name, but if they already knew it then I asked them to "Like" it.  Apparently not many people read the BUCKosphere, hahaha!  Good times! 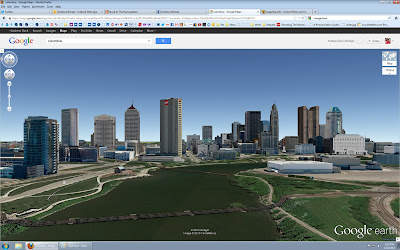 While I was online, I messed around on Google Earth and MAN is that so cool.  Every time I go back more and more 3D buildings are added.  Here is a pic of the skyline of Columbus.  So cool.

Keep the coat handy this weekend.  Highs will be in the 50's and 60's, but lows will be down into the mid 30's.  Hard to believe we had a couple days in the 80's earlier this week.  We could see a few sprinkles or flurries to the far north Friday night into Saturday, but most of Ohio should stay dry.  Then we warm back into the 70's for next week, but... almost a repeat of the weather from last week.  So scattered showers for the early/middle part of the week, then scattered storms for the middle/end of the week.  One thing that all the models agree on, is a MUCH colder weekend, next weekend.  Winter isn't over just yet.  I will be back in tomorrow, until then, have a good one!