Crazy weekend, had to call 911 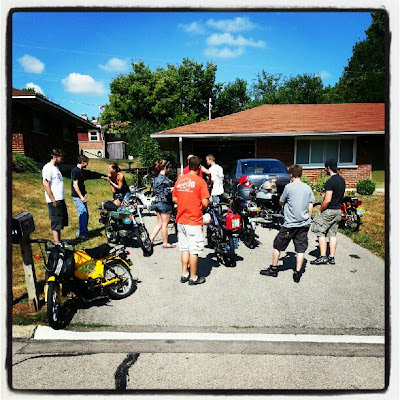 Saturday turned out quite beautiful. I had seventeen riders show up for my moped ride. We had most of the group there with a handful of people still missing. But everyone was super excited for the great weather and for the ride. 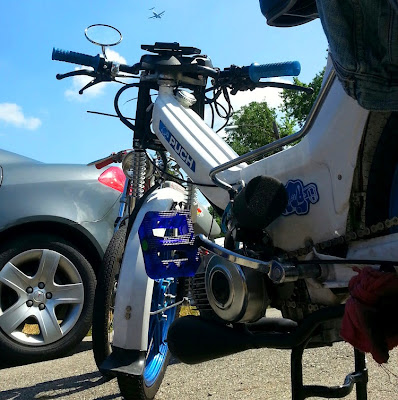 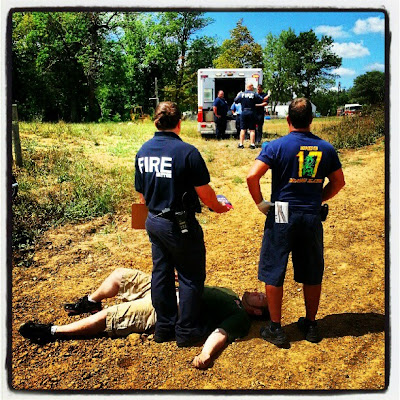 At our first stop, one of the riders decided to try and ride a dirt bike track. He was going downhill and caught the first bunny hill and caught a little air and the following hill he caught at least ten feet of air and went over his handlebars. When we ran down to him we all were freaking out... scary stuff. Sadly, he was not wearing a helmet. He had a concussion and we had to call an ambulance to get him checked out. He found out that he broke his wrist and a rib... luckily nothing worse. It could have been much worse. Since none of us were his family, we knew there was nothing we could do for him at the hospital so we contacted his family. We checked back in with him though the day and he was doing much better and in good spirits. Still not sure what made him want to try the dirt bike track, but he is paying the price now. My best wishes to him for a speedy recovery. We all decided to continue the ride and do it in honor of him...but we had to cut down on the length of the ride after the accident. 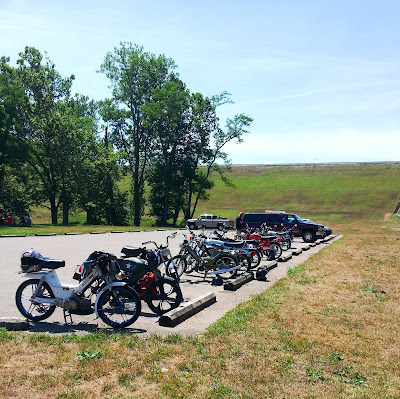 We then rode out to Germantown and we had lunch at Captain 9's and then went out to the Germantown Dam. A few went in the water to cool off, but most of us hung out in the shade. We then went back towards Dayton and a few riders broke off from the group that had other plans for the second half of the day. 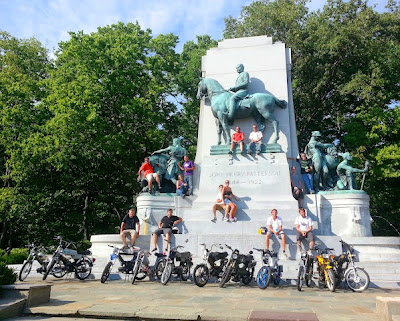 One of the group's normal spots for a photo shoot is the Patterson statue. You can look for me, but I am not there...I took the photo. I let one of the other guys ride my bike for the second half of the trip and I drove my truck as a chase vehicle for anyone who broke down... which was basically no one at the end of the day... other than the bike in the accident. We had a few minor issues, but all of the rest of the bikes finished the ride. Other than the accident it was a great day and a lot of fun hanging out with the entire group. DAM Riders for life.

The weather yesterday was a little hotter, with a high of 92º, which is what we will reach today. We have a few morning light rain showers currently and could see a few rumbles of thunder through midday. I think the afternoon we will dry out a little, but the rain will be returning. Each day this work week we will see scattered showers and storms. So not everyone will be seeing rain each day, but at least there will be a chance for it. The best chances for rain, right now, look to be Tuesday and Thursday. Highs will stay near 90º for most of the week followed by drier conditions and low-mid 80's for the weekend. Keep the umbrella handy and have a good one!