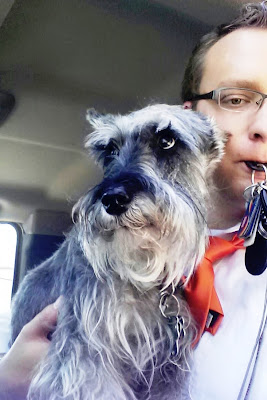 I am sure Buckeye was excited to get a haircut yesterday with the heat we had. He was starting to get a little shaggy so it was time for his grooming. As much as I hate dropping him off, I love picking him up. He was very excited because for the first time Dawn went with me to pick him up.

I spent about six hours outside yesterday cleaning up the garage and getting rid of anything that we do not need. I even gave a few tires away that used to be on my truck. They were in slightly better condition than the tires on my truck. I am pretty unhappy with the problems I have had with my Firestone tires. I was sweating like crazy outside and tried drinking enough water to make up for all the sweating, but I still was getting a headache/light-headed still. The good news is that the garage looks great now and more room than before. Since I was already outside and hot... might as well fire up the grill. Nothing is quicker, easier, or more delicious than burgers on the grill. 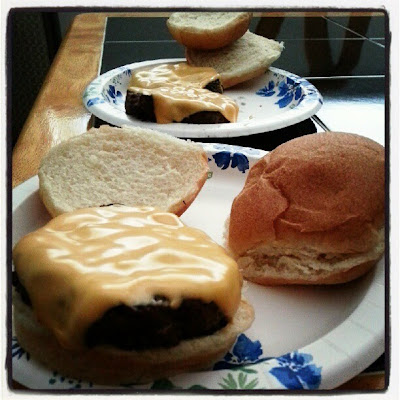 We did break the record high temperature yesterday. We hit 99º and broke the record by one degree set back in 1936. The heat will continue today, but only slightly cooler with a high of 94º, but a better chance for scattered showers and storms. The showers and storms will stick around tomorrow as well with some of the storms possibly containing strong winds and hail with the storms. It will not be a great chance for severe criteria, but will still need to be monitored closely. The temperatures will only cool off into the mid-upper 80's for the end of the week and start to the weekend so still hot, but at least low humidity. The 90's return for Sunday and early next week so no relief from the heat yet. Stay cool and have a good one!