Despite spring arriving, colder arctic air is plowing in and snow is already starting to fall in Sidney.  The flakes are pretty large and it the grass and mulch will see the first of the whitening...  If the snow continues to fall fast enough, it could form a "protective layer" on pavement to allow a light accumulation.... keep that in mind as you hit the roads, could see a few slick spots overnight Thursday into Friday morning..... Enjoy it while it lasts, should be the last of the year, next week looks much warmer....  I attached a few photos of the falling snow here in Sidney.  I will probably post a few more pictures of the snow later tonight, but until then time to return to Star Wars... since today is my "Sunday."  Have a good one!

UPDATE: I attached a few more photos....We got over an inch on the grass. Buckeye just got his winter fur cut off, and is NOT liking the snow...  Pavement has a little snow for now, but if it continues to stick and accumulate, expect it to start melting on the warm surface and turn to a sheet of ice as temperatures fall... Use caution on the roads. 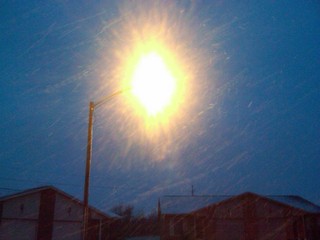 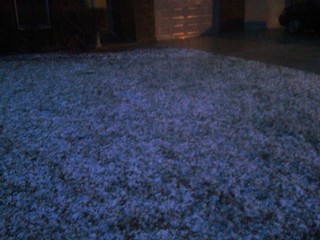 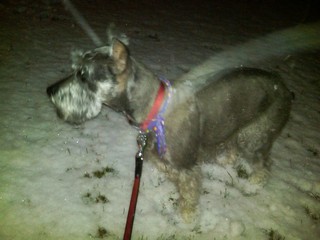 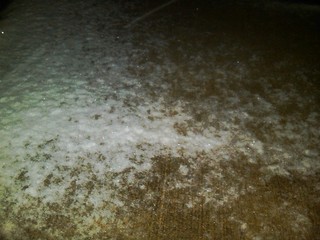