As I mentioned in the last blog, this storm may adjust a little and it did. The Euro was first to pick up on a more Southern track.  Sure enough the other models followed track and the heaviest snow for Ohio looks to be between I-70 and the Ohio River. Still could shift a little and I heard word that the NWS will be sending up a weather ballon into the storm, which is still over the Southern Rocky Mountains.

I will give you a look at the models and then offer my thoughts, so take the models with a grain of salt. So here we go: 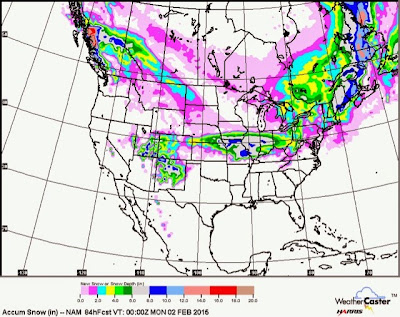 The NAM is showing the most Northern track, but only goes out to hour 84 and that is right during the height of the storm. So I will post again tomorrow so it shows the full snow totals. 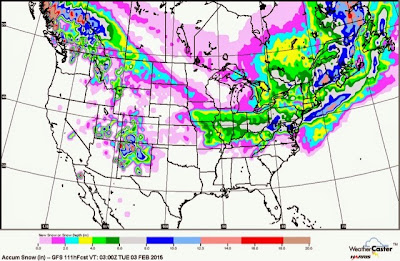 The GFS has Southern Ohio seeing upwards of 6" snow by midday Monday. 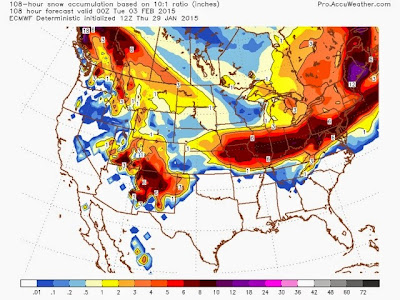 The Euro is still pretty close to that too, but has more of a wider path.

The above image is the model trends of snow accumulation for Columbus. 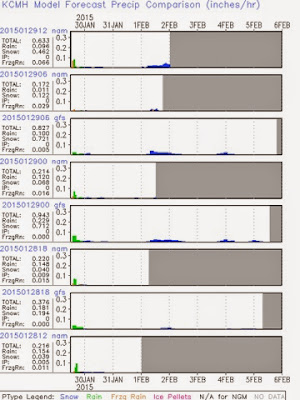 Timing... Looks like late Saturday night we start seeing the snow move in to Central Ohio. The heaviest snow will be through the day Sunday and we will continue to see light snow early Monday.

Again, still will need to be tweaked a little, but the Southern half of Ohio looks to see around 6" of snow with a little more and less in some areas. The Northern third of Ohio will see 2-4" for far Northern Ohio and then 3-6" for the areas just north of I-70.  PLEASE check back for updates, because we are still talking about a storm about 2,000 miles away from Central Ohio and there will be adjustments. Have a good one!