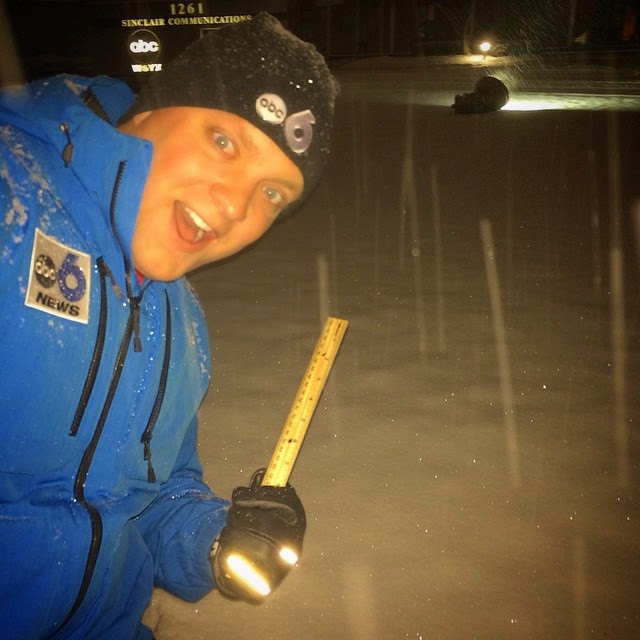 The snow came... and the forecast was almost spot-on... There was a band of higher snowfall totals to the south of Columbus because once the system left a band of snow continued to fall over a very small line.  Some of those places saw 5-6"... but most everyone else was in the 2-4" range. 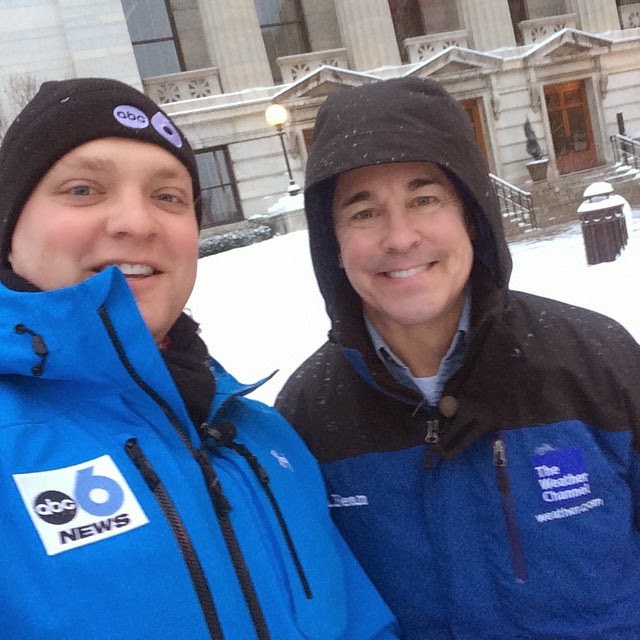 Mike Seidel from The Weather Channel was here in Columbus for the winter system.  Met up with him for a quick minute between LIVE shots. 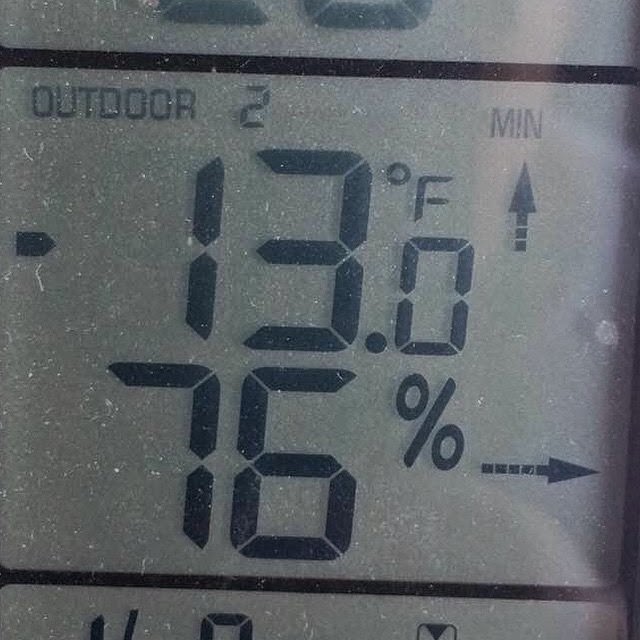 Then it got COLD!!! This was at our house, NOT factoring in the wind. 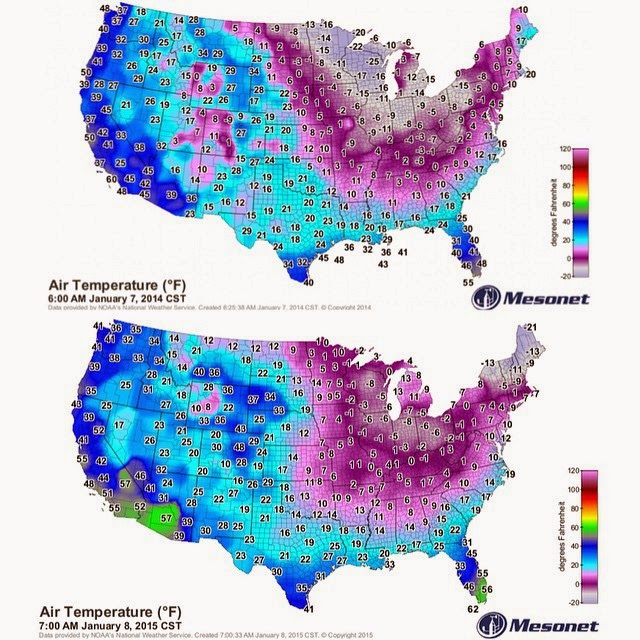 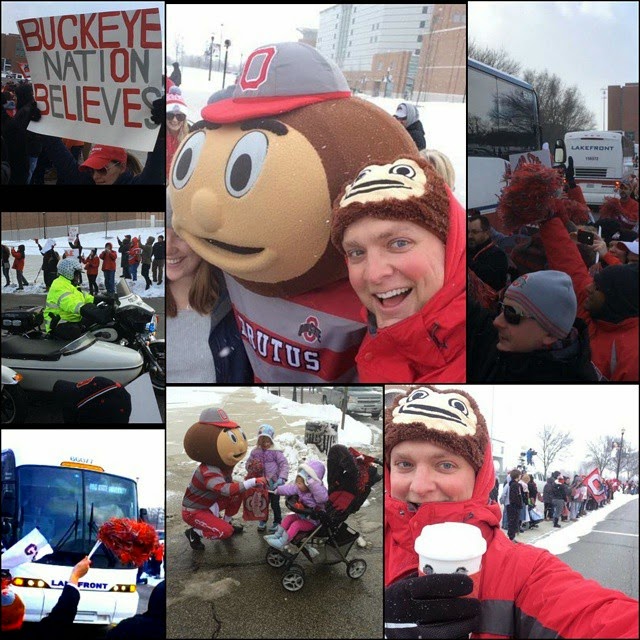 I had Friday off and once I finished at the gym I figured I would head down to Ohio State to send off the football team to the National Championship game.  So much fun for the thirty minutes I was there.  You can see Urban in the bottom left if you look close. 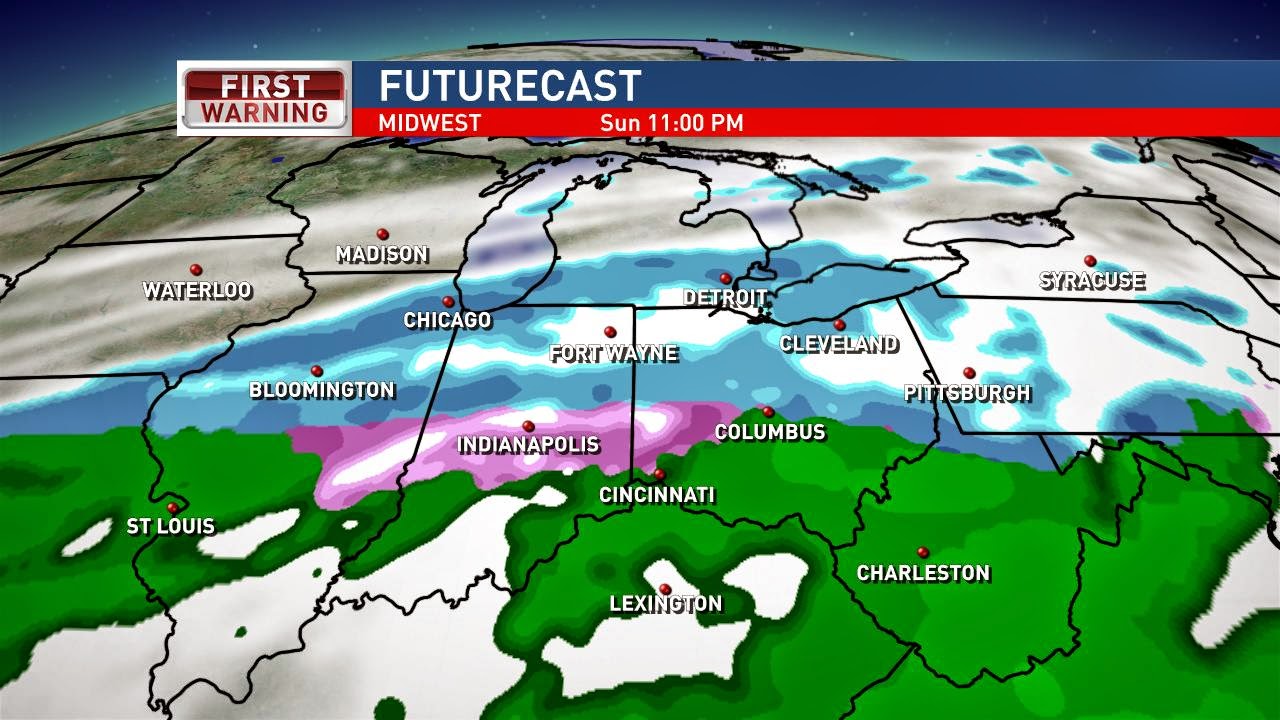 Another pesky system is on the way.  You can see in the Futurecast model above that Central Ohio will be right on the rain/snow line. 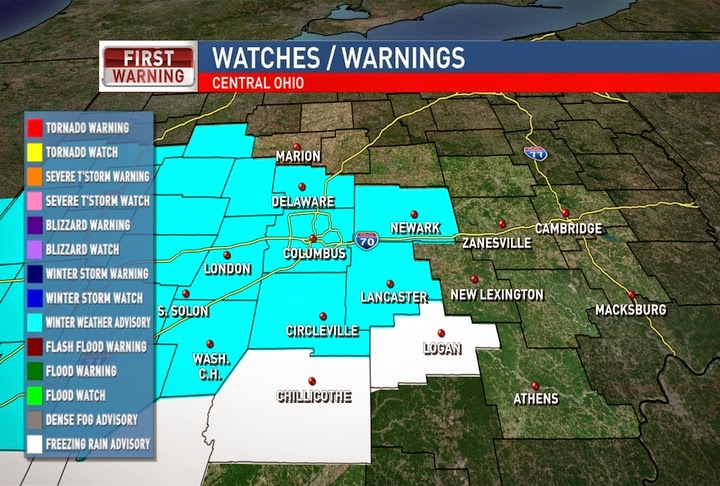 We are already seeing Winter Weather and Freezing Rain Advisories being issued for Sunday night and early Monday. 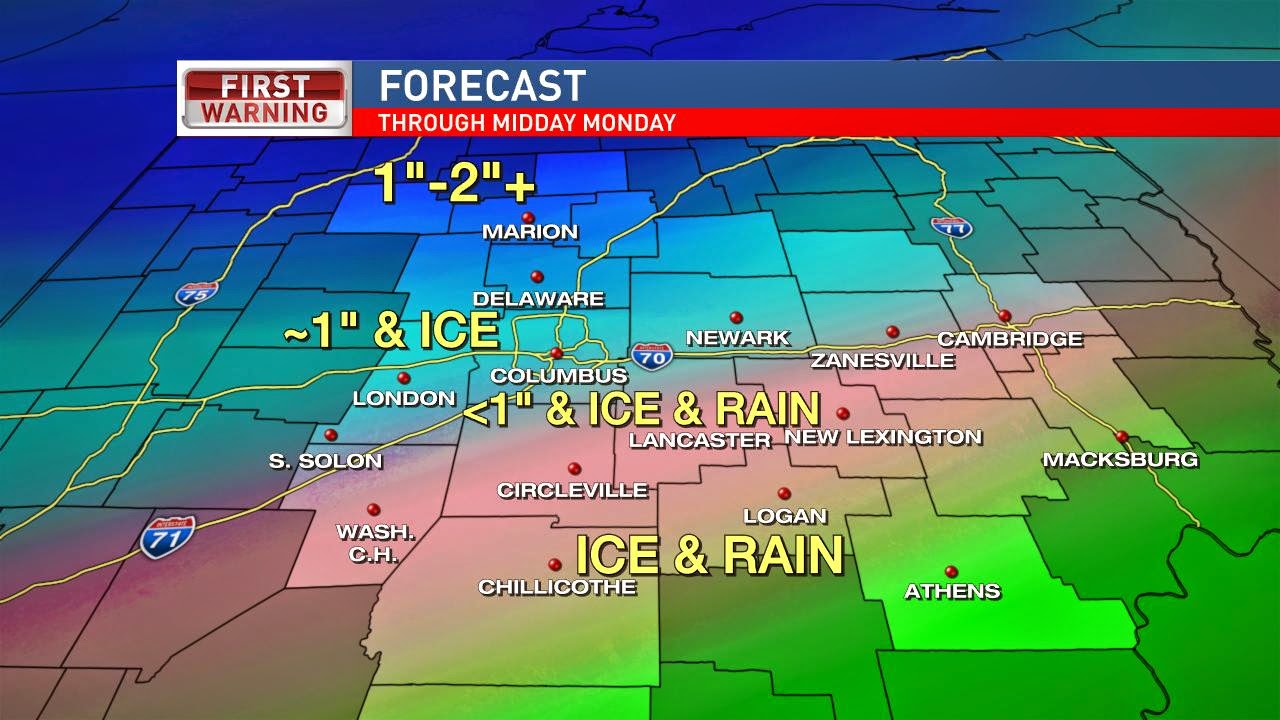 The difference of a degree or two in the temperature will play a HUGE part, but based on the latest models, above is what I am thinking.  Northern Ohio should stay all snow.  Right along I-70 will be the tricky area.  Any ice or rain will rapidly reduce the snowfall totals. Southern Ohio will see a lot of rain.

I see an isolated snow shower or two in the afternoon Sunday, but most precip holds of until 6-8PM.  Rain-snow line will stay along I-70 or about 30 miles North most of the evening and overnight (Slight SW to NE slant).  I think all snow areas could see 1-2+".  Euro has some 3+" areas across Northern third of Ohio... not buying just yet... GFS and NAM are staying at 1" for far north.  Most of the moderate precip should be out by daybreak Monday, but lingering snow/rain showers possible through midday.  A weak front Thursday is triggering some very light snow showers later in the day, but not much... likely just a dusting for many.  Have a good one!