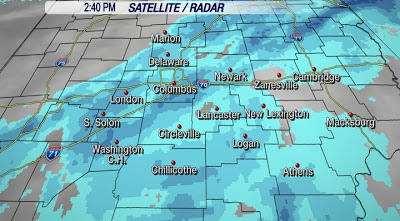 We saw a few bands of moderate snow push through the afternoon.  The initial leading edge split I-70 and went north and south so those locations saw slightly more snow.  Generally 1-3" so far and expecting under an inch overnight into tomorrow.  So enough to coat the roads and keep it slick, but most of the system is done and over with. 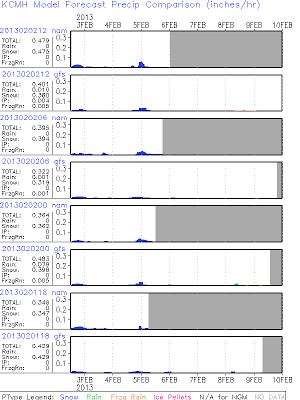 Take a look down the pike, we will see the light snow tonight and tomorrow from time to time and then another round of snow later Monday.  We could see that moving in midday Monday and some of the more moderate snow in the evening.  Right now it appears to be about 2"-4", and leaning a little toward the lower end of that spectrum currently because of warmer temperatures and a denser snow... not the light fluffy stuff. Northeastern Ohio will likely see the most with the Monday-Monday night snow.

After that round of snow we have a few weak systems trying to kick through during next week, but when you have weak systems they vary in timing greatly from model to model.  There will be a chance for a wintry mix as our temperatures warm back into the 30's and 40's by next weekend.  Until then... keep the chap-stick handy!  Have a good one!