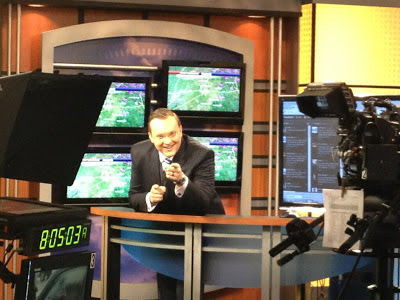 Yesterday was a very long day.  I did get the call to come in on Friday for the freezing rain team coverage.  I got in at 3AM and I ran the Social Media Center all morning long.  I lucked out because the freezing rain had JUST started as I was leaving the house, so I got ahead of the worst of the ice.  Once at work, I got a healthy 10.5 hours of overtime on my day off.  Guess I should keep my eye out for any mopeds for sale now.  Haha. 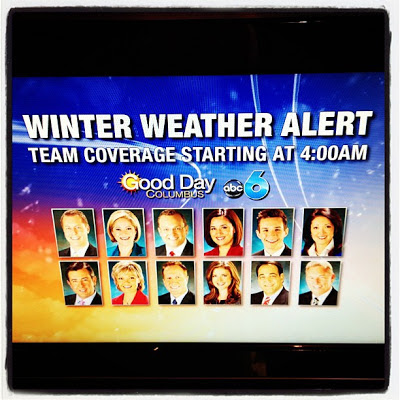 One of the reporters, Tom Bosco, mentioned that we were even throwing the kitchen sink at you and you can easily see all the crew that we had covering the storm... And that doesn't even have the anchors.  It was a long, but fun morning.  I actually came up with the idea of using #OHice on Thursday so I made sure the word was spread around the newsroom.  By the time the sun came up everyone was Tweeting and Instagramming using #OHice and we were able to show all the photos from the ice.  Short, simple, and sweet hashtag.

I took about ten panoramic photos until one finally came out to my liking during the coverage.  It is pretty hard doing that when you are taking one with you in it.  Anyway, it was fun with so many people getting different perspectives of the ice.  By the time the team coverage was done, many of us were getting into a slap happy state as the temperature were warming and the ice started melting. 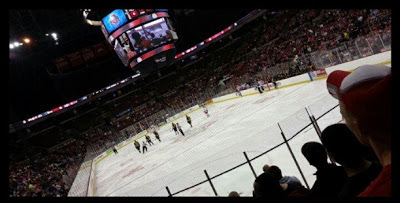 After a quick nap I then went out with some of the meteorology grads to the Ohio State vs. Michigan hockey game.  The Buckeyes lost, sadly, but we still had a LOT of fun at the game.


A few tranquil days head.  Chilly overnights, but afternoons will warm with the help of sunshine.  Sunday we will climb to near 40 for the high with mostly sunny skies.  Monday will start with sunshine then increasing clouds as we climb into the upper 40's.  Rain arrives early Tuesday and then we transition over to snow by later Wednesday and then snow showers through the end of the week.  It looks like a nice Low will sit over us later in the week so on & off snow showers with light accumulations each day.  More on that for the days to come, but for now, enjoy the sunshine and warmer temperatures before winter returns.  Have a good one!