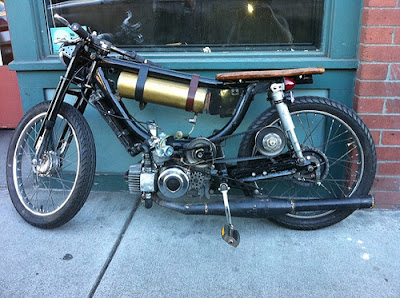 So I like to imagine the "What If"s in life.  So I was thinking... what if I not only single variated an e50, but what if I DUAL variated an e50. So blow apart the clutch side and put on Hobbit variators... then run a drive shaft over to the drive chain side of the bike and run ANOTHER set of Hobbit variators.  NUTS, but just a thought I have been toying with and would basically mean I would need to trash a lot of parts to get a torque monster, but imagine the top-end once you revved out... 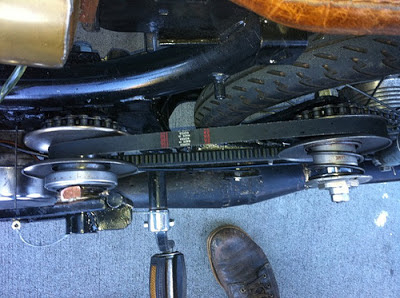 Turns out one of the Seattle guys already hashed out this idea. 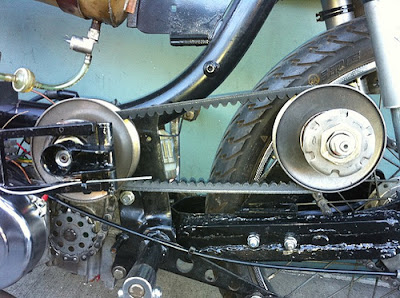 I think it would work much better with a rigid bike.  Especially when the bike would hit a bump.  I would think the chain could come off pretty easy.  Or maybe run a Hobbit rear wheel.  But it just continues to give me ideas...

On to the weather for Central Ohio... Weakening high pressure to our southwest has allowed the clouds to stick around today with the northerly winds bringing in the cloud deck from the Great Lakes.  This also lowered the temps for the next few days.

Mid 40's Monday with partly cloudy skies. Rain looks to hold off until 6-9AM Tuesday.  The leading edge in spots could be a brief wintry mix, but switch quickly to rain.  Rain will be heavy at times through the first half of the day Tuesday.  Then light rain showers early Wednesday and our switch over to wintry mix to snow looks to be late afternoon Wednesday into Wednesday evening.

Could see 1-2" of snow Thursday and then lighter snow showers each day the rest of the week.  Not expecting a lot of problems on the roads, but I will keep an eye on it over the next few days.  Enjoy the mild weather Monday and have a good one!