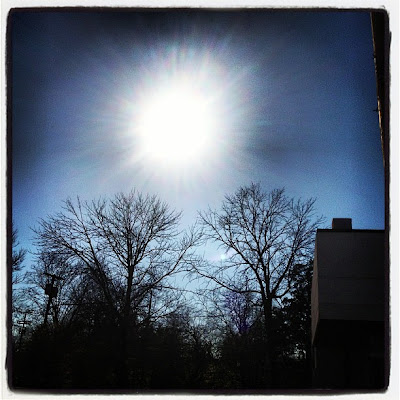 I have felt a little under the weather most of the week.  Nothing too major so I just sucked it up and kept on doing my thang...  Luckily it was sunny so at least that helped. 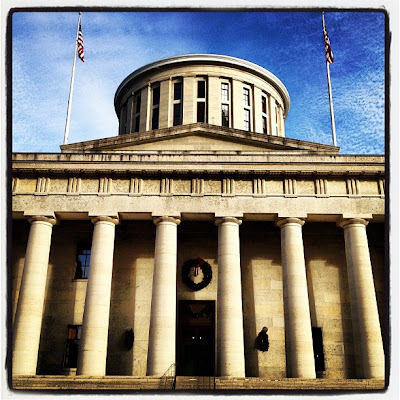 There was an energy company summit downtown and I went to get the story and I couldn't help my to capture the Statehouse in its new festive look. 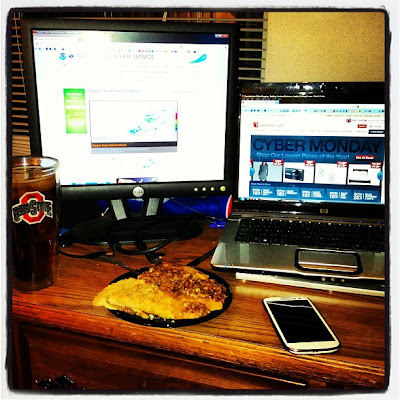 I also attempted to do some Cyber Monday shopping, but nothing really popped out at me like last year. 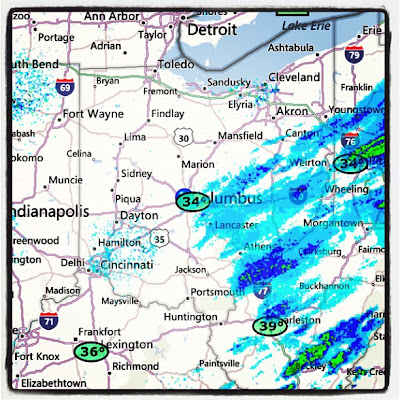 The snow did fall early Tuesday morning, but most of it had melted before the sun came up, only a few places still had a little snow still sticking. 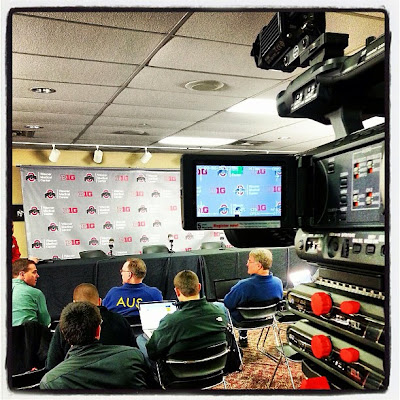 I spent most of Tuesday trying to get ahold of a few corporate offices for a story that I ended up doing Wednesday, but I did manage to get up to OSU to hear about their preps for the Duke game. 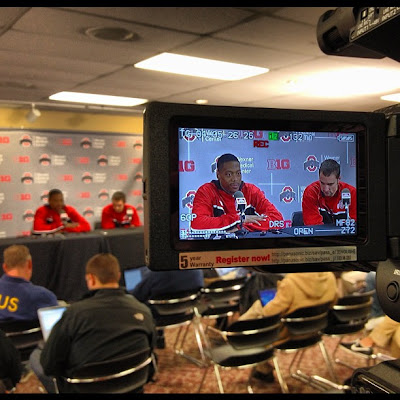 It is kinda weird to think that the players that we all watch on TV are just out of high school, kinda mind blowing, but awesome. 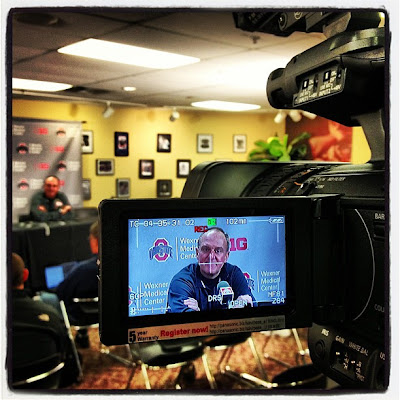 Coach Matta was pretty funny and looked forward to the game, but sadly they lost last night by five points. 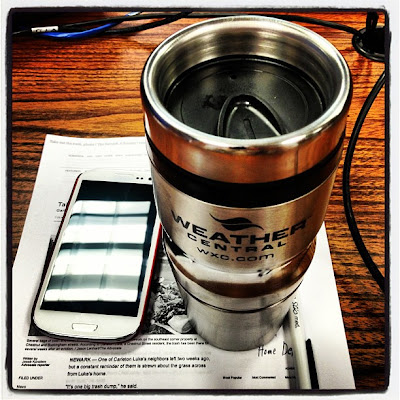 Wednesday was my final day of the eight day streak and my morning coffee did just the trick for that added morning jolt. 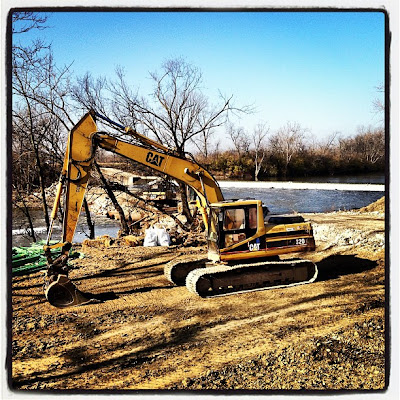 My drive to work takes me along 670 through downtown and there has been some construction near the Dublin Rd. dam and I made a few phone calls.  The construction was just for some maintenance and that dam is not getting demolished.  The one near main street downtown will, but not until 2014 according the the city project manager. 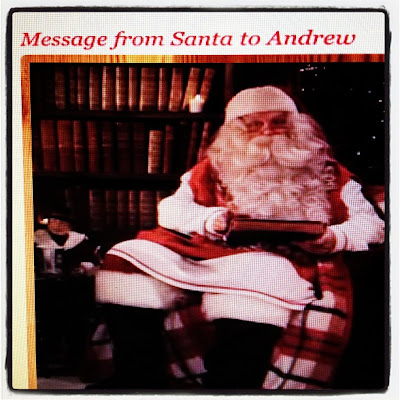 I finished off the day with a personalized message from Santa Claus.  It is pretty cool how so many different applications there are now to talk to Santa instead of just sending a hand written card... although he does probably prefer those a little bit. ;) 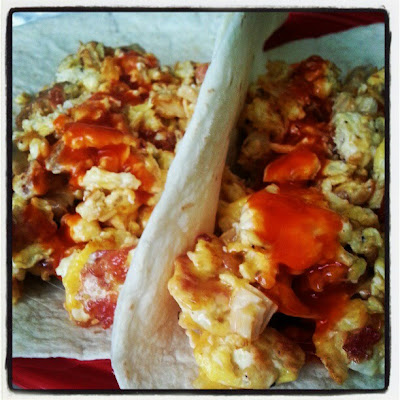 And we finally get to my "weekend."  I spent the morning relaxing and made some egg, bacon, and turkey burritos for breakfast/lunch.  Pretty delicious!  The rest of my morning has been a little cleaning and catching up on some DVR shows.  Tomorrow is Dawn's birthday, and I am not sure what kinda of fun she wants to get into... probably the casino, dinner, and maybe some dancing.

Quick look at the forecast... we will keep warming through early next week.  We will top out in the low 60's by early next week so I am looking forward to that.  There is a chance for rain later on Sunday and again late Tuesday as a STRONG cold front plows through bringing winter back by Wednesday.  I will keep an eye on the timing of each rain maker in case there are any changes.  Have a good one!