I mentioned it yesterday and I did it today... I woke up at 6:15AM and rode my moped to Scioto Park to watch the sunrise at the Leatherlips Sculpture.  Sometimes you just need those moments alone for a little peace and quiet and sunrise is such a magical time.  More on that in a second. 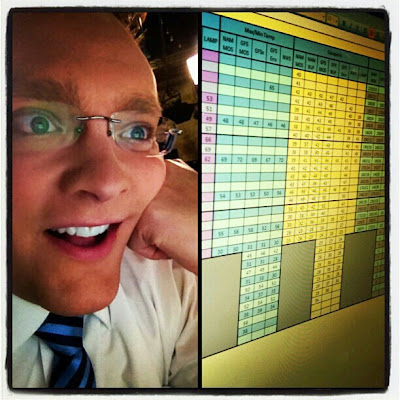 I was horrified when finding out that the Ohio State's Twister meteorology webpage was compromised and they lost all the content.  I ALWAYS used their MOS Diff tool.  It would compare the latest forecast model to the model that came out just before that.  So you could see how the models were trending and help with the forecast even more.  I was on the hunt for a new MOS outlet rather than just the raw data.  There is so much you can do with the data and I was not disappointed.  TxTornado had just what I was looking for... well kinda.  I was hoping for a MOS Diff, but I have told OSU multiple times before how much I love that product so I may be able to talk to the guy who developed it and see if it is on another server.  Anyway I was a total nerd looking at the new data. 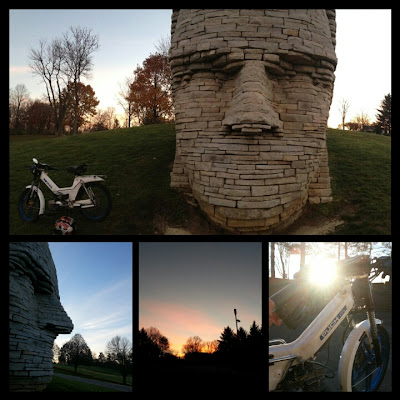 So Leatherlips was pretty sweet.  I hit the road at 6:40 and had plenty of time.  No cars on the road and I even stopped a mile away from the park and got a coffee.  To warm my hands and body up... not just for caffeine.  I did spill it on my moped though.  It fit snugly between the body of the bike and my side rails... I had one hand on it for the less than a mile ride and it went perfectly until I hit a pothole pulling into the park... Oh well not too much spilled.  I was the only one at the park for about half an hour and it was nice to feel the warmth of the sun on me while riding home. 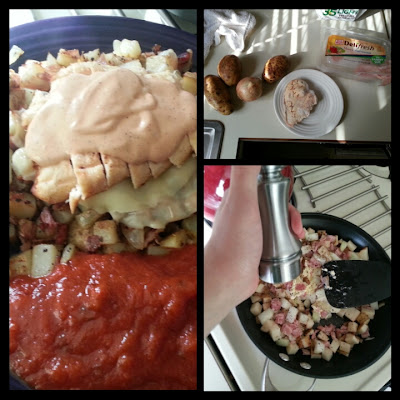 With Dawn in Cleveland it means that I get to experiment in the kitchen and not have to have someone eat the food and be worried about what it will taste like.  I made hash browns with onions, ham and chicken.  I also used some provolone cheese, marinara sauce, and Cane's sauce and it was stellar!  Pretty easy to make too; all while I was watching a movie. 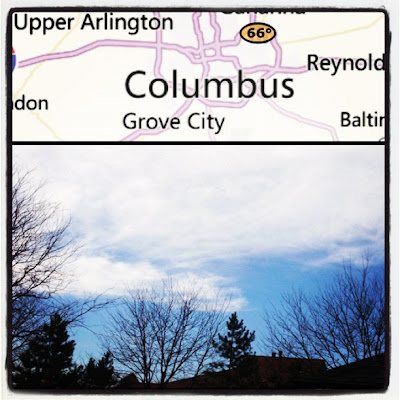 The clouds rolled in today and kept us from reaching the record high.  We hit 67 at noon and only warmed up two more degrees after that.  The record was 74 and after we already got to 67 at noon I had hope, but the clouds got pretty thick.  Recording a pretty awesome sunset now with the sun peaking through the clouds on the horizon.

Increasing clouds tonight and staying mild.  The rain will arrive mid-morning on Monday and linger though the afternoon and early evening.  Our temperatures will peak around noon in the upper 50's and then fall into the lower 40's by the evening commute so a few snowflakes may mix in with the rain on the tail end of the moisture around the evening commute.  The ground will be wet from the rain so no accumulations are expected.  Our temperatures continue to fall below freezing for Tuesday morning and with light winds, plenty of moisture, and clear skies, patchy fog is likely Tuesday morning.  Our temperatures stay chilly for the middle of the week with a mix of sun and clouds.  We stay dry through the weekend and our temperatures slowly try to climb with highs in the mid 50's for next weekend.  Have a good one!