Exploring Athens. Rain on the way... 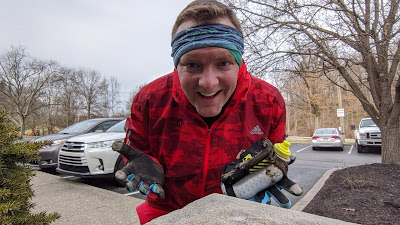 I got a little muddy on the trails in Athens this weekend. Stayed upright most of the run, but I did slip in the mud twice and caught myself with my hands. Lots of fun on the run... overall.  I have to admit something: I have never been to Athens, Ohio. The closest I have been was The Plains when the tornado hit back in September of 2010.  So Dawn and I went down to explore Athens. 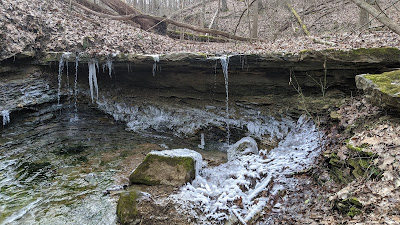 I went on a trail run around The Ridges and this small waterfall was along part of the route. 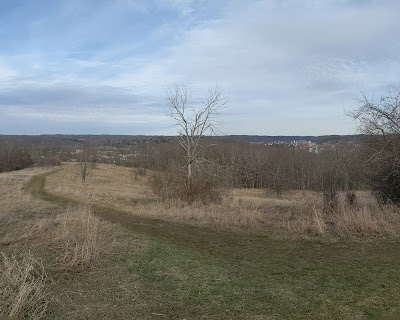 I also ran up to the top of Radar Hill a few times.  This is the highest point in Athens County and a good 300 foot climb from the Hocking River.  I did a couple hill repeats on this trail.  I love/hate hills when you climb to the crest of the hill you see only to see another climb ahead.  Good fun! 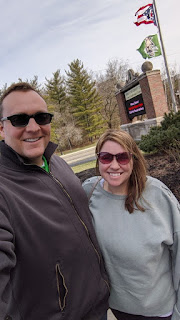 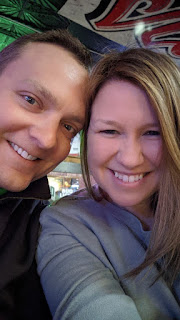 So anyway... Dawn and I went down to see the college town and try out all the good eats that Katie McKee recommended.  We tried food at a handful of spots. 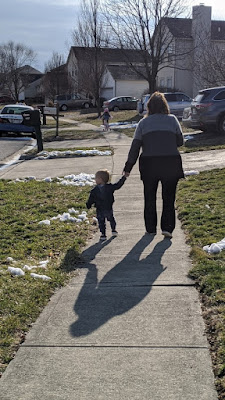 Dawn's mom wanted the kids to herself, so we took advantage of the offer.  We spent some time outside with the kids when we got back and soaked in the Sunday sun. 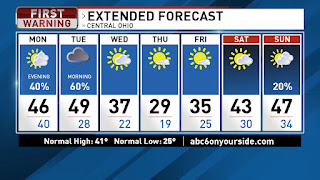 A cold start to your Monday morning, but we bounce back into the mid 40s today.  We are starting off the morning with mostly sunny skies then more clouds through the day.  Rain returns this evening and tonight with temps staying in the 40s and a brisk breeze.  Early rain on Tuesday then falling temps and mostly cloudy skies.  So starting the morning in the upper 40s and falling into the 30s by the evening. Colder air will settle in for the second half of the week. Partly cloudy Wednesday with highs in the mid 30s.  More sun on Thursday with highs around 30.  Mostly sunny again on Friday with highs in the mid 30s. We warm up more for the weekend with lower 40s on Saturday and partly cloudy skies.  Mostly cloudy and upper 40s on Sunday with some rain moving in later in the day.  Have a good one!