The whole Michael family under one roof! 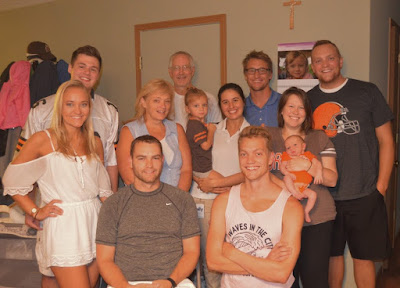 This is a very rare photo. Marcus has been in Europe teaching, Amanda is in Florida working at Disney, and Bryant lives six hours east now near Philly... so it has been about 360 days since we have all been together in person.  It was initially only supposed to be a quick lunch, but the Cleveland Browns were not on TV at my parent's house so everyone stayed later and Clark was able to come after work.  So we all got together and caught up.  Moments like this will never be overlooked.  Truly a special time to have the whole gang together.   It will probably be another 10 months until this happens again because Marcus is aiming to teach English in Hong Kong next. 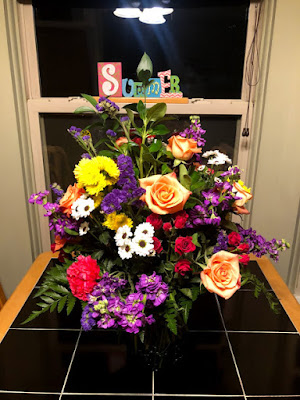 Everyone commented on this amazing flower arrangement that a good viewer friend, Mindi, dropped off last week.  It was a group gift from some of my amazing friends on Twitter: Mindi, Cathy, Rick, and Dawn.  They are sitting here beside me now and still look amazing.  Mindi also got a few small things for Summer and Evan too.  Summer has not stopped playing with her vet doctor toys.  She keeps using the stethoscope to check our eyes. 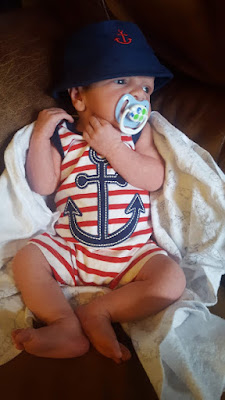 Speaking of Evan... he is about to set sail!  He has been sleeping a LOT, but slowly waking up a little more each day and is a champion eater!

I have not ran much while off because of how there are a bunch of moving targets with all that is going on, but I did wake up before the rest of the house yesterday and went for a seven mile run before the sun came up. 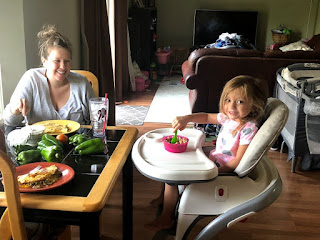 But made it back in time to make breakfast for the family.  The garden is doing alright... Tomatoes have started to die off from the hot May and June, but peppers are going crazy!  I foresee some Philly cheesecake stuffed peppers in the near future. I used a few peppers on the omelets yesterday. 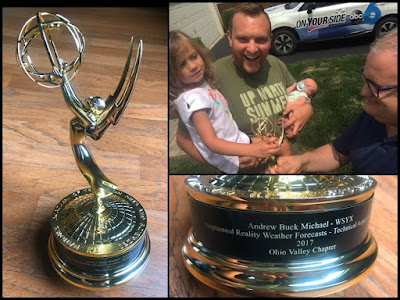 Also yesterday... well technically Saturday, the Ohio Valley Emmy's took place.  I was nominated for three categories and won in the category of Technical Achievement for the Augmented Reality weather forecasts.  A director and photographer also entered with me so the three of us brought home some hardware.  I was not able to go with the newborn, but Edwin, the photographer, came by the house yesterday to drop off the Emmy.  So many other people from our station won as well.  So honored to be recognized and also to work with such great coworkers.  Edwin gave a great speech thanking God, family, and our management, who push us to raise the bar. Summer was confused and I had to tell her it was not a toy. It will have to be put away with my others, until the kids are old enough not to play with them.  HAHA. 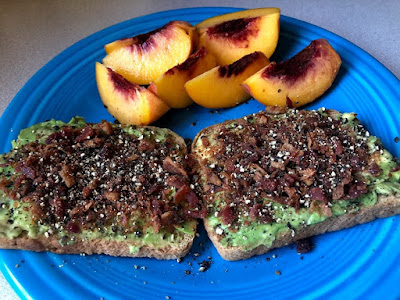 Today's breakfast is simple.  Along with my black coffee as I post this.  It sounds like the rest of the house is waking up so time to get ready to start the day.  Sorry for any typos... got to go! Have a good one!