I am BACK! Along the #BucksBabyBeard... for today... 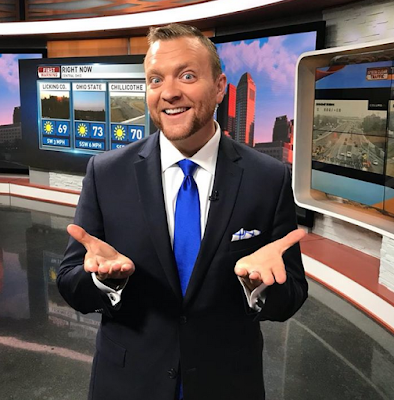 I got approval to keep the baby beard for one day and one day only, but it does feel good to be back into a routine, but I really did love the time I got to spend with family. 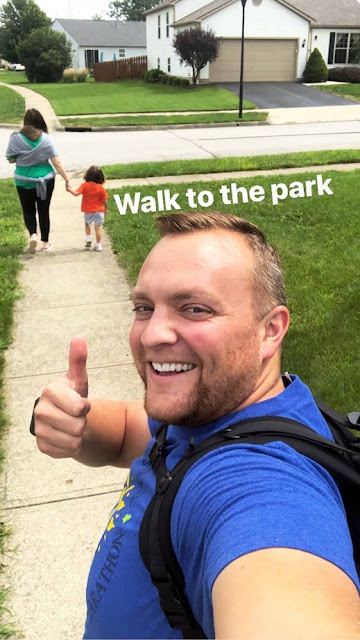 We had family walks to the park... 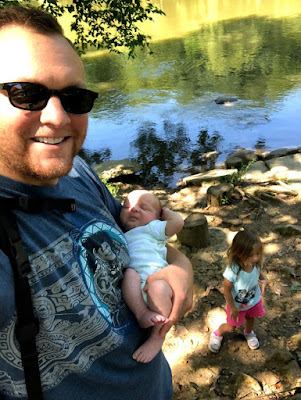 I told Dawn to take some time for herself and she went to get a haircut, so I took the Evan and Summer to play at Scioto Park and play near the river... but not in the river... 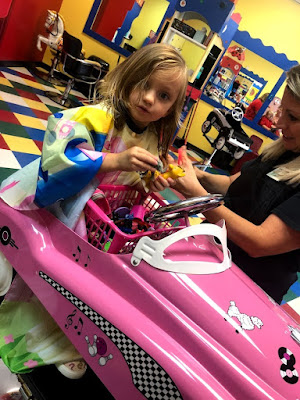 Summer got her first real haircut too and just got the ends evened out. 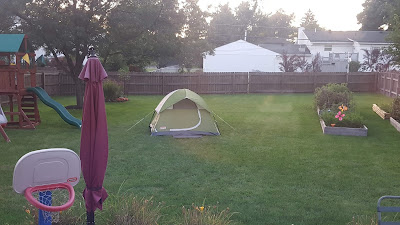 I also promised Summer that we would sleep outside in the tent, so we did that two nights. 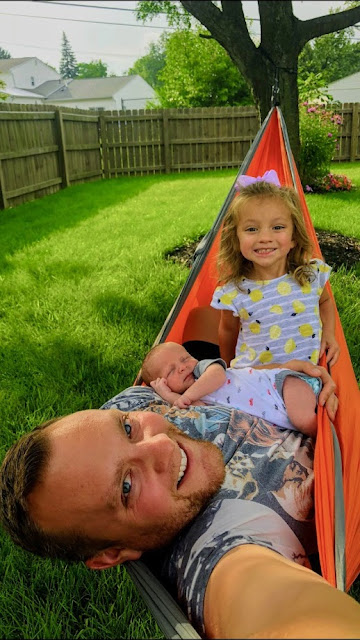 And I just had a great time hanging around with the kids and get used to the new addition to the family. 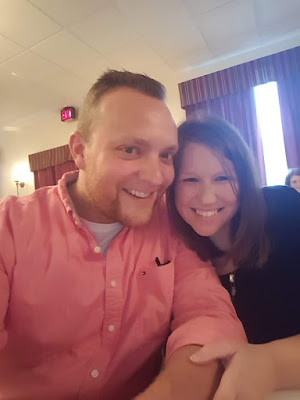 To finish off the time off on a great note... We helped celebrate Tara Morgan's wedding on Saturday night, so Dawn and I had a fun date night! It was nice to get out, without the kids, and enjoy time with just the two of us.  Love her so much. 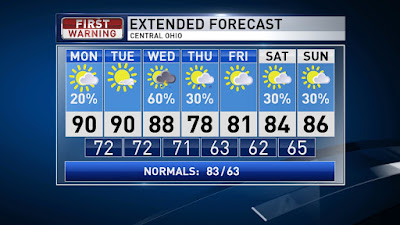 As for the weather... Summer isn't over yet! For the next three days we will have high temps near 90 and humidity making it feel like the mid 90s. Lots of sun today with some afternoon clouds bubbling up and a slight chance for some isolated pop-up PM rain. Clearing and staying warm tonight. Tuesday should be dry for the area with the heat and humidity sticking around. A final push of hot air on Wednesday with increasing clouds and scattered showers and storms likely for the second half of the day. Some models are holding off on the rain until late into the day, but rain is likely. Some lingering early rain possible Thursday as less humid air arrives for the end of the week. Partly cloudy for late Thursday and Friday with highs near 80. A push of warmer and more humid air for the weekend along with a slight chance for some rain later Saturday into Sunday. Right now the chance of rain for the first Ohio State football game is pretty low, but we will keep an eye on it. Have a good one!