Lots of weekend patio work... rain on the way 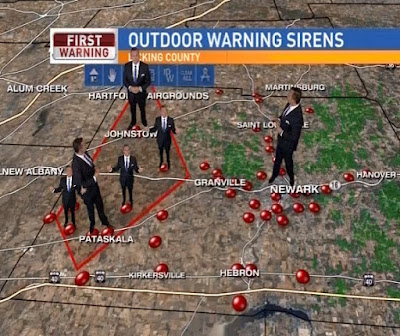 Friday I started editing my Severe Weather Special piece, which airs on May 7th.  Be sure to catch that on WSYX ABC 6! 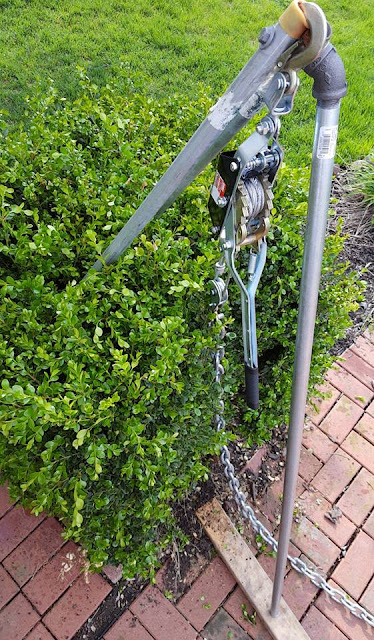 So I needed a couple of bushes taken out around the patio.  There are two things you shouldn't EVER call a Michael:  lazy and resourceful. So I saw a couple videos on YouTube of people using engine lifts to rip out bushes.  Well I don't have one and don't want to drop a few hundred bucks on one.  So I had some pipes from my hammock stand.  I picked up another pipe and also a winch.  So I spent another $30 on equipment.  I wrapped a chain around the base of the bush then hooked up a winch to the pyramid of pipes... Add a little water to loosen the roots. 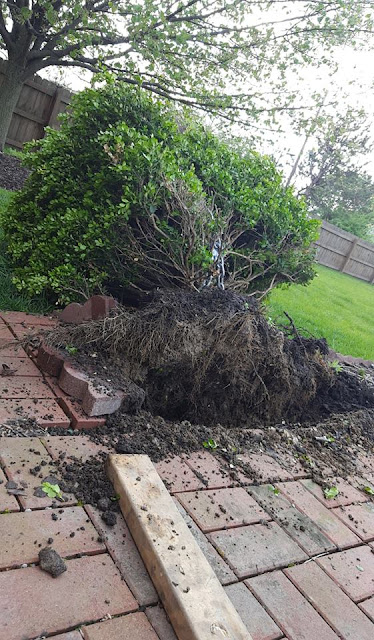 BOOM!  (BTW, notice the gaps in the bricks) 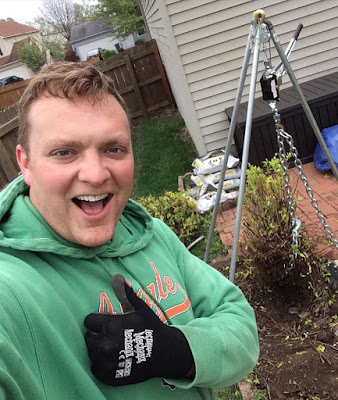 Bush two... well it caused me to snap my shovel trying to get the chain under the roots.  But bush two is gone! 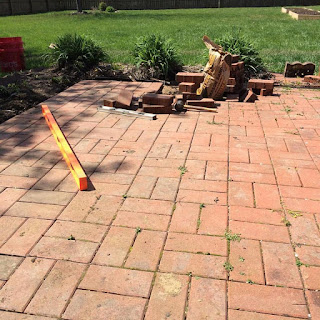 Then it was time to start working on those bricks. The outside 4 rows had settled over the last 20 years so I picked up the four rows all the way around. I added and leveled some sand and replaced the pavers.   It was about 450 bricks. 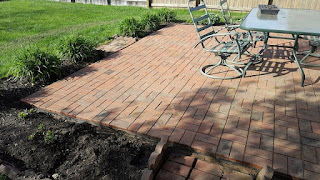 I finished the patio midday yesterday, but need one more bag of sand to finish the walkway up to the patio.  I will do that today, but at least the patio looks WAY better.  Now about the people who put it in... they did NOT do a good job of securing the edge.  They only used about 10 stakes to secure the 50 feet of edge.  So 1 stake for every 5 feet?!?!  It's supposed to be 1 stake every 2 feet for straight sections... So I had to get more stakes to do the job properly. 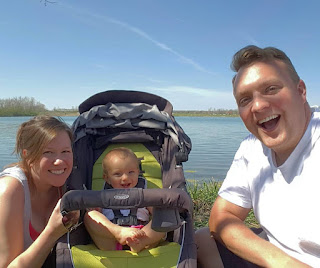 Dawn helped with cleaning the house and then pulling some weeds before I finish mulching(today's job then flowers and mowing)  But we did spend the afternoons this weekend as a family running a couple errands and going for walks.  It was a BEAUTIFUL weekend! 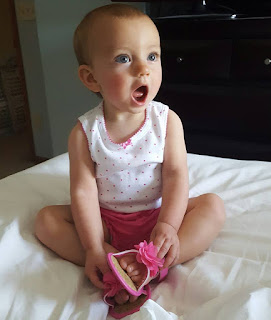 Summer didn't know what to think about sandals. We also took her 10 month photo with the sandals.  She is getting a little big for the pillow we always use for the monthly photos. 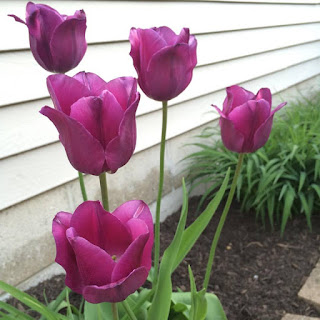 Our tulips next to the garage finally bloomed.  Since they are in the shade they bloom the last every year.

Alright... on to the forecast.  Tracking a very slight chance for spotty rain showers later today.  You can see that most of Ohio will likely stay dry, but some pop-up showers are possible. 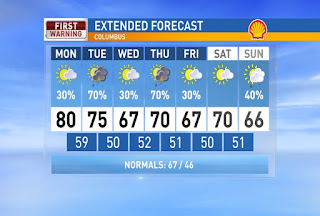 A warm start to the workweek with increasing clouds today. Highs near 80 for Monday with a few isolated afternoon/evening showers possible. Most of Central Ohio will stay dry Monday, but more rain expected on Tuesday. Scattered showers and storms for Tuesday and then most of Central Ohio will be drier Wednesday with more scattered rain Thursday. Temps staying mild through the week and into next weekend. Have a good one!