I'm BACK! Great couple days off, but snow is back too?!?! 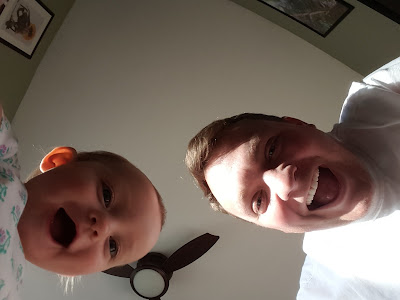 My last few days were a lot like this... Chasing Summer around.  Dawn had a few days off of work so we decided to spend some family time together.  Summer likes crawling around chasing my phone, so I turned on the camera and grabbed a picture of her when she saw herself.  Hilarious! 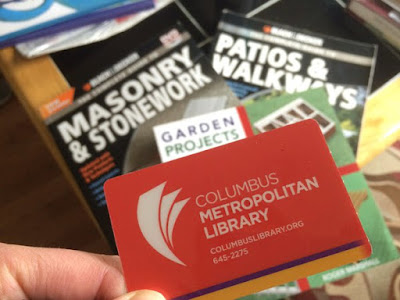 Don't judge, but we finally got our Columbus Metropolitan Library cards!  So I picked up some light reading... 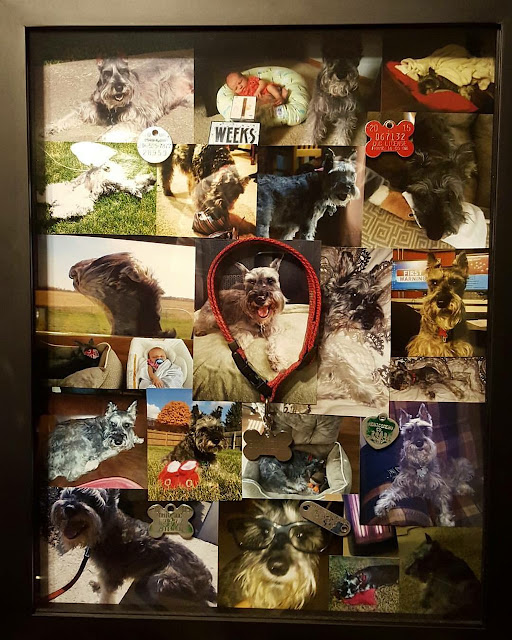 Summer and I put together Buckeye's memorial frame.  We included dog tags from the five different counties that he has lived with us.  It as VERY hard picking out the best photos.  While putting the photos together we reminisced some of our favorite moments. It was sad, but brought some closure. 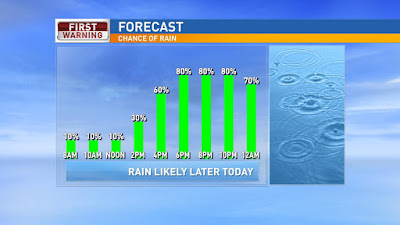 Get ready for rain on the way for later today. 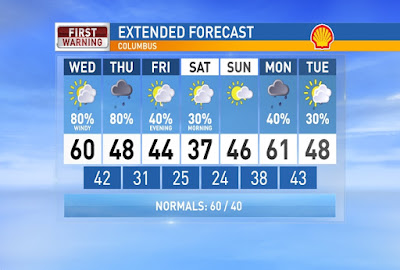 A chilly morning, with clouds moving in as our winds begin picking up. Windy this afternoon with winds 15-30mph with gusts up to 40mph. Rain arrives later this afternoon and will continue on and off through tonight and Thursday. Cooler and breezy tomorrow with the rain showers. Another cold front late Friday into early Saturday with colder temperatures and snow possible.