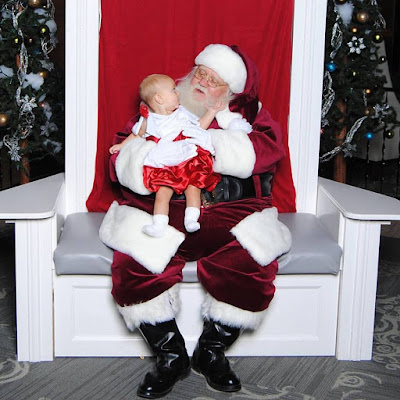 Summer got to meet Santa for the first time yesterday.  She made sure she was on the naughty list. 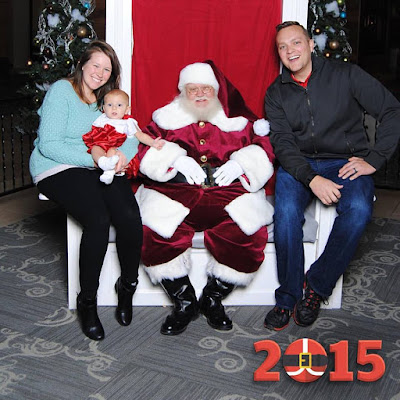 Santa was also pretty insistent on a family photo.  Dawn said she was not ready for that and didn't like the photo, but I think she looks amazing!  Santa also said he was a loyal viewer of the morning show! 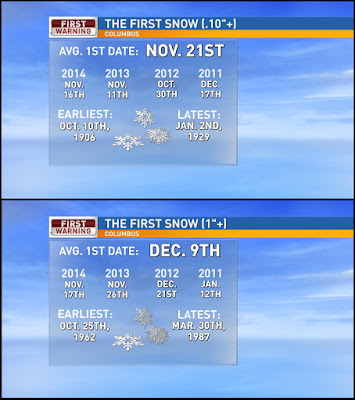 So here are the numbers for when we normally see the first 0.10" of snow and first 1" of snow in Columbus, OH.  We have only picked up a "trace" officially so far, so we are running behind normal.  El Niño anyone?

BUT... and this is a big but... the GFS model is showing snow for Christmas Eve.  It is still 16 days away... so it will likely change some, but the models are showing colder air trying to work back in by the end of the month.  So stay tuned... because a forecast models 16 days out is like trying to shoot a hole in one. 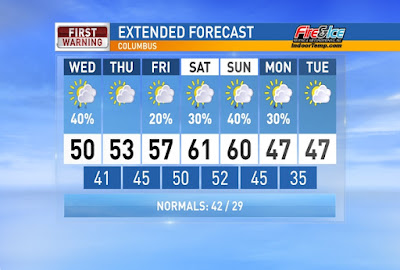 A little morning sun to start your Wednesday, but increasing clouds ahead of some isolated rain showers possible for the late afternoon and early evening today.  The rain will move out and temperatures staying mild. Dry Thursday and just the slightest chance to see a few sprinkles or light rain Friday, Saturday, and early Sunday.  A strong cold front looks to move in late Sunday into early Monday and we could have some gusty winds with that system. Stay tuned and have a good one!