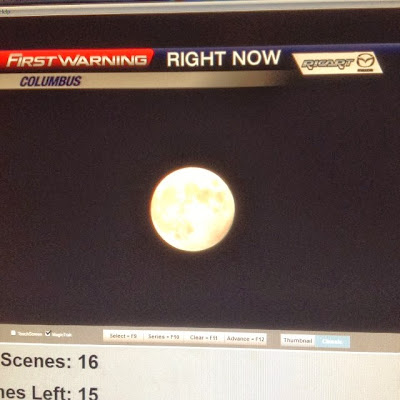 The moon was a bit of a letdown tonight for us, in Ohio.  I didn't mention it on-air tonight because I assumed as much and hate hyping something when I know it will not be great viewing.  People get letdown when they are standing outside in the chilly temps.

The sun was blocking the light getting to the moon and you can see where the best viewing would be on the map above.  Europe, Africa and the Atlantic Ocean had a great show.  By the time the moon was coming over the horizon for us, in Ohio, the eclipse was on its last legs and becoming more lit.  The only thing noticeable would be the lower right corner was a little darker than normal.  Oh well... another time. 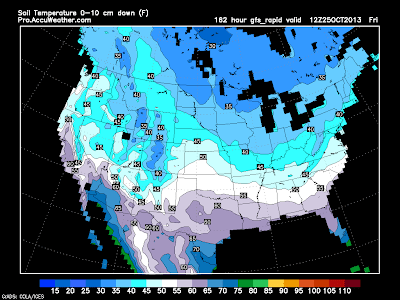 For fun, I checked the soil temperatures for next week and we would still be at 40 degrees for the morning low on Friday, so again, no snow will stick to bare soil. 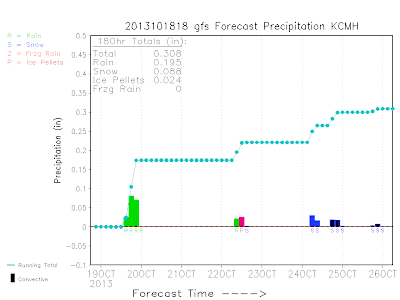 Each model run fluctuates with timing of the flurries or light snow, but late Wednesday into Thursday looks to be the best time frame to see the first snowflakes for Ohio of the season.  It will be enough to spot, but not much more than that.  Only a sign of what is on the way. 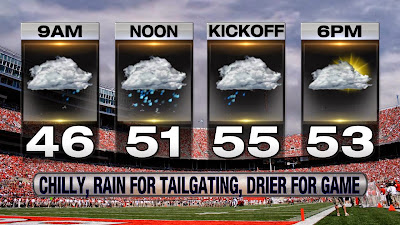 Keep the umbrella handy for any tailgating tomorrow.  Rain will move in for the morning and the early afternoon.  Kickoff will be around the time the rain will move out and we will continue to dry out the rest of the game.  Chilly as well, so bundle up.  Sunday will be chilly for the Columbus marathon then turn into a beautiful day to check out some of the fall foliage followed by more isolated rain Monday night into early Tuesday.  Then the cold blast.  Have a great weekend.  I will be back tomorrow night and Sunday.  (Working a nine day stretch)  Have a good one!