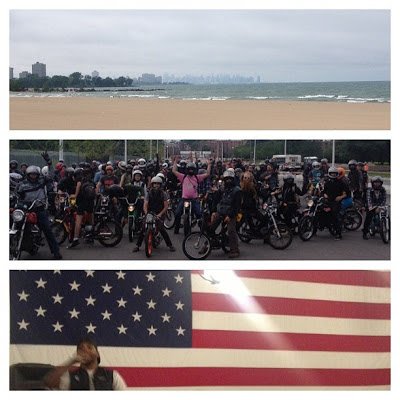 The Chicago moped group called Peddy Cash have been around for about ten years and are a well respected group within the community.  Most of the members have been around a while and for their latest moped rally it had the theme of a retirement party.  Such a great time. 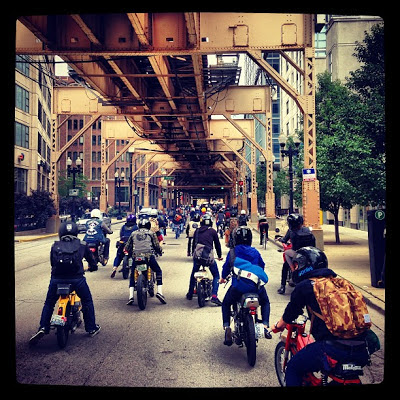 There were over three hundred mopeders in town and we had a blast. I was super bummed I didn't get to ride Friday night because we were ten minutes late.  (Had to stay at the station an extra hour due to severe storms)  So the photo above and some of the others are taken by others. 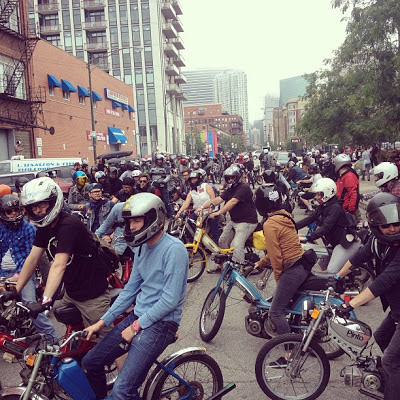 Lots of fun out there.  Riding in a huge group like that is such a blast. 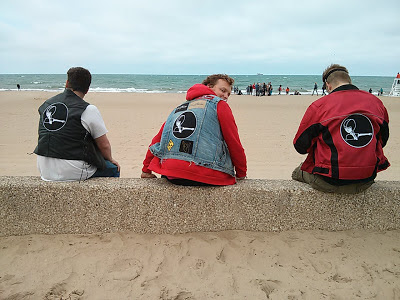 Our halfway point was the southern most beach in Chicago.  It was my first rally as a Motion Left member, the Goshen, Indiana moped group.

Here is a video I shot before we all jumped onto Lake Shore Drive.  This is not the entire group, only about half of it. 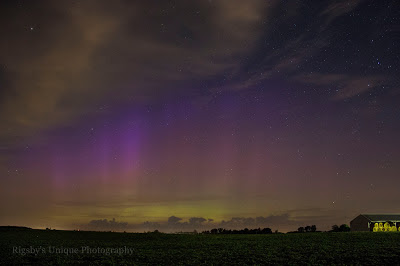 Back home Friday night we had the Northern Lights.  The picture above was taken by Aaron Rigsby in Marysville.  I tried to see if I could see them from Chicago, but obviously WAY too much light pollution to see anything.

So the weather... Ohio has seen severe weather for nine straight days now.  The pattern is not going anywhere anytime soon.  We were starting to dry out in June, but we are more than making up for it now.  I saw a LOT of standing water and minor flooding on my drive back from Chicago last night. So more pop-up afternoon showers and storms possible through the entire week ahead.  While we may have a few storms with hail and HEAVY rain... the chance for severe weather is very small.  Hail and wind will be the main threat.  Our high of 80 today will be the coolest for the entire week ahead.  We slowly will warm up each day into the mid 80's by next weekend.  So keep the umbrella handy and keep an eye to the sky for any holiday plans.  Have a good one!