RIP Tim Samaras and members of the TWISTEX team.

Ginger Zee put together a great tribute to Tim Samaras.  (It was embedded above, but the video was taken down by ABC News as of Jan. 2015)  Tim dedicated his life to saving lives, and I dedicate this entry to him, his team, his family, and everyone connected to those who are not with us tonight...

As I am not sure how many of you watched Storm Chasers, a series that aired on the Discovery Channel a few years back, I will give you a little background information... 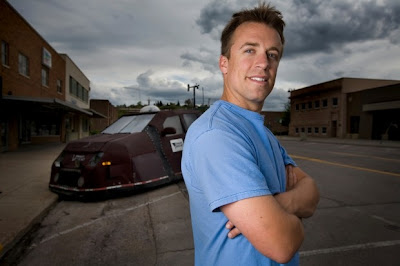 Reed had several vehicles built to withstand the dangerous winds of a tornado.  His goal has been to alert the National Weather Service when a tornado was spotted and help increase the warning times, all while gathering video footage.  He also outfitted his vehicles to go into a tornado to understand what is going on inside the storms. 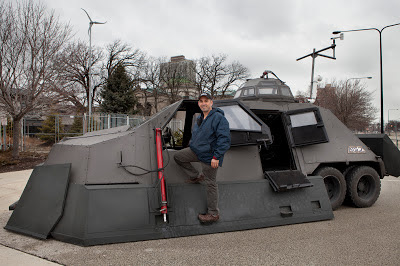 Next up would be Sean Casey and his team in the TIV.  The Tornado Intercept Vehicle.  He was working on shooting an IMAX movie called Tornado Alley.  It was great.  Sean was frustrated with missing storms from time to time and his banter and competitive nature with Reed made for some fun, nerdy drama. 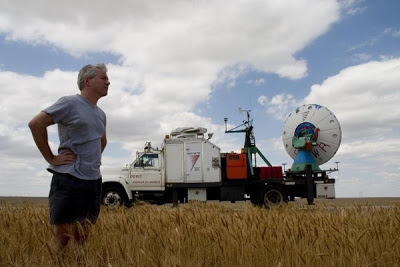 Then we have Josh Wurman.  I had the honor of hearing him speak at this year's Ohio State Severe Weather Symposium.  He is in charge of orchestrating DOW, Doppler on Wheels.  With multiple mobile radars, Josh has been able to render high def, 3D images of tornadoes to understand their structure from birth to death. 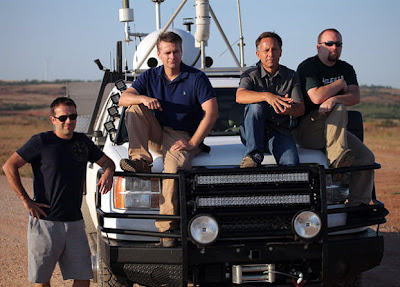 Finally I give you the TWISTEX team.  The two main members are in the middle of the picture above, Carl Young in the blue shirt(normally the driver) and Tim Samaras in the grey shirt to the right.  Tim was like a father figure to nearly every person chasing the storms or weather enthusiast.  I personally looked up to him and his controlled, collected, and dedication to the science.  His understanding of storms and thirst for knowledge was second to none.  He was dedicated to making the warning time for tornadoes more advanced.  His entire goal was to save lives and protect people from the dangerous weather phenomena.  He repeatedly put the safety of his team first before science and was ALWAYS known to express caution to all other chasers.

I had read today that the money TWISTEX received from the Discovery series went right back into the instruments and equipment to better understand the storms.  That is how Tim was portrayed and how everyone will remember him.

Tim was in the Colbot (the white car behind the truck) pictured above.  He was in the vehicle with his son, Paul, and Carl Young. It was their research vehicle called M3. 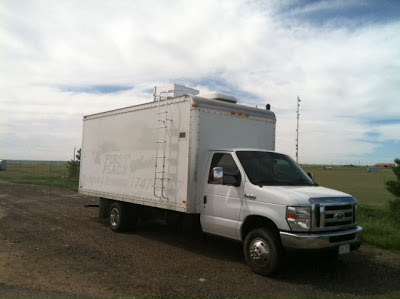 They also deployed this truck. In the back there was a high speed camera to photograph the birth of lightning.  In his Facebook post, he said:

Lightning Research Vehicle getting deployed for KS today for possible MCS activity tonight. Yeah, yeah--I know--gotta buff out the sides to get rid of 'First Place Wheels'. Not a priority at the moment.
Bringing secondary vehicle for a 'side' of tornado chasing(I love sides..).

His new goal was to understand lightning and what happens when the negative changes from the cloud meet the positive charges at the surface to better predict and understand it.

He, like many other chasers on Friday, along with Reed Timmer, were tracking a storm just south of El Reno, Oklahoma. 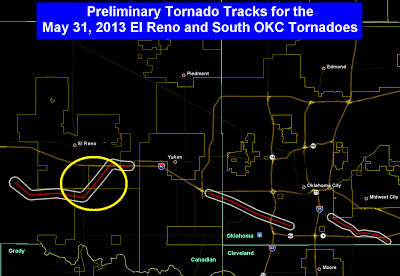 I added the yellow circle to show you the track of the tornado on the ground.  It took a sharp turn to the left and took all of the chasers by surprise.  Many of the chasers were stuck on a back road and tried frantically to get out of the storms path.  Tim was in the path of the storm along with his son, Paul Samaras, and Carl Young. 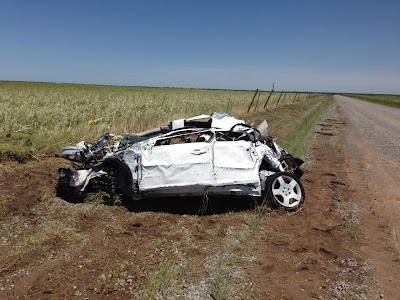 Here is what was left of the car before loaded up on the tow truck.  Hard to wrap your mind around and see... to think that three lives were inside. 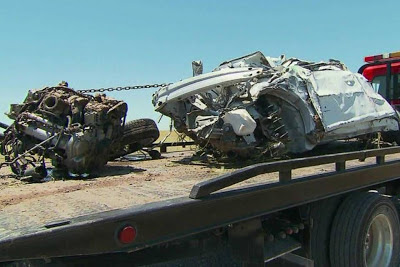 Tim, Paul, and Carl did not survive the accident sadly.  It was a great loss for the storm chasing community.  Tim was a pioneer when it came to thinking outside of the box on understanding storms. 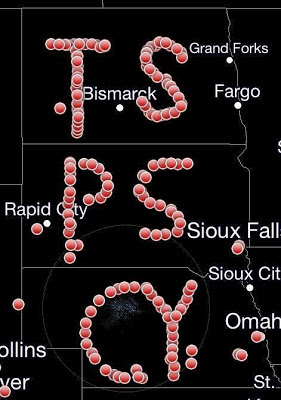 In a sign of respect, many storm chasers lined up across Tornado Alley today to spell out he initials for each of these three.  Not going to lie, the news choked me up a little.  He likely saved countless lives with his advancements in storm reports and more importantly the team's scientific contribution.  He risked his life to help save the lives of others.  To Tim, Paul, Carl, and everyone who lost their lives due to tornadoes and weather this year... I TRULY hope they are the last.