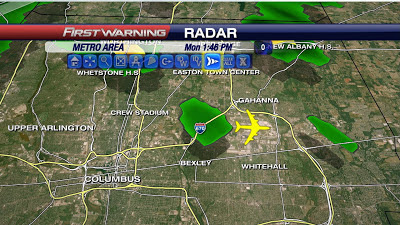 The pop-up showers and storms yesterday came through just before we were able to hit 90°.  The radar image above shows a few spotty showers near the Columbus Airport just before 2PM and we only got to 87° because the rain cooled us off.  Oh well... still felt 90° with the humidity, but that doesn't count, it has to be the air temperature. 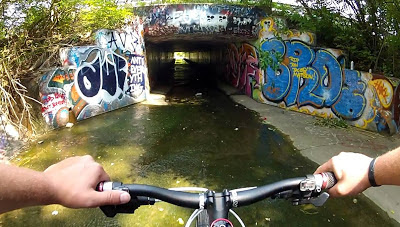 I did break out the bike yesterday and went for a ride.  I got a little adventurous.   It was very hot and a nice dip in the pool afterward felt awesome.  Might go on another bike ride today... (Can you tell that I love the heat)

The forecast today is the same as the last few.  Highs near 90° again with pop-up showers and storms for the afternoon and evening.  The Northern part of Ohio is under the Slight Risk for severe weather later today/tonight.  I think there is a better chance for storms later Wednesday into early Thursday.  The pattern has shown a strong line of storms pushing eastward and last night a line plowed through Chicago then died out once it hit Ohio.  As the pattern shifts east we will see better conditions to sustain the storms as they enter Ohio.  So keep an eye to the sky and stay cool.  By the weekend we will cool back off into the low-mid 80's for the weekend.  Have a good one!