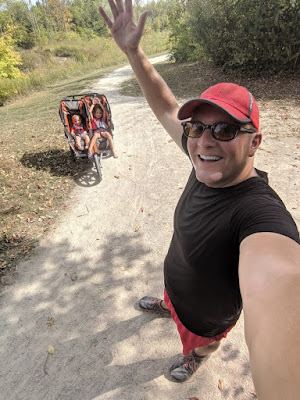 I took the kids out over the weekend for some trail miles.  I had to work the morning show so Dawn was getting a little tired for all the nights and mornings on kid duty alone.  So she got a LONG nap while I took the kids out. We also stopped at a playground to keep the kids entertained. Summer also worked on reading a book while I helped her with the words. Dawn deserves a lot of credit because with my crazy work schedule it often means when it is bed-time duties I am trying to grab 6 hours of sleep before heading into work. Then morning duties I am already at work.  It all comes with parenting, but she is a champ. 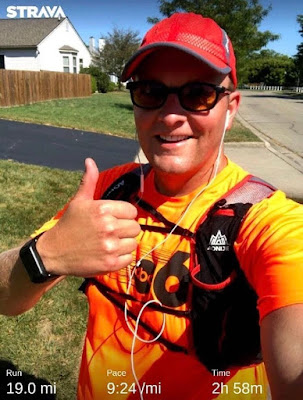 Had to do my long run on Friday since I was working through the weekend.  Did it while Summer was at preschool, Evan was napping, and Dawn was working. 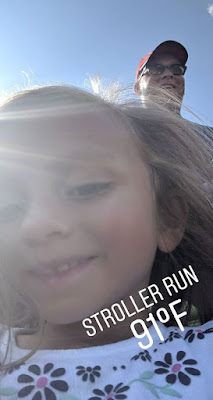 I took Summer out for a run as early as possible yesterday, right when I got home from work, but it was already hot.  Thankfully it was not a long run, but we worked on spelling words and counted birds and butterflies. 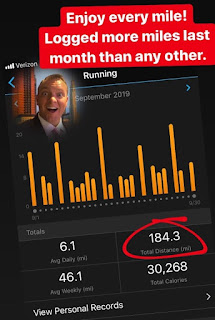 And if it seems like I have been running a LOT... I have.  It is the peak part of my training before the Columbus Marathon, which is in 17 days.  Then 3 weeks after that I am attempting my first ultra marathon, the Fuzzy Fandango 50k. It is definitely a balancing act between work, family life, and running.  Especially since Summer is napping less and less now.  I normally would run while she napped, but those days seem to be in the past. So I am done with the highest mileage month for a while. 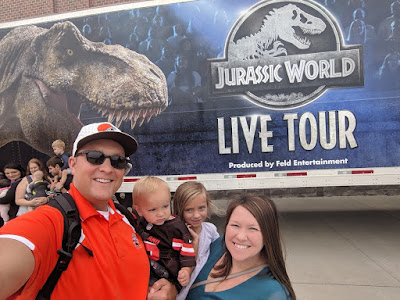 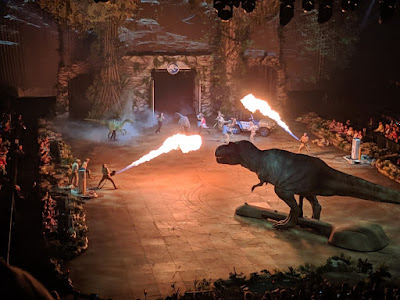 It was REALLY cool!  Totally recommend checking it out, if it comes back to town.  The kids loved it! 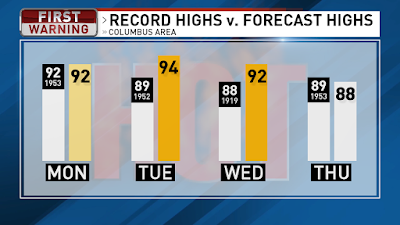 Another hot day on the way today!  Columbus reached 94 yesterday, Tuesday, for the daily record high for Oct. 1st, but that also is the new record for the hottest October temperature since weather records started in 1878.  Today we are starting with mostly clear skies again and the sunshine will warm us into the lower 90s, and going with a high of 92 for today. Our daily record high for today is 88, set back in 1919, so a 100 year record is expected to be broke again today. Humidity will make it feel like 95. 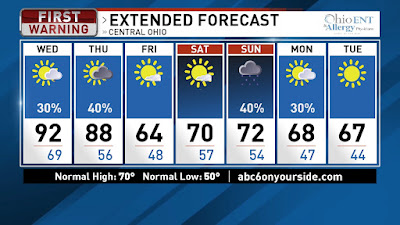 We will have more clouds in the afternoon today and a 30% chance for some isolated rain later in the day and tonight. Mostly cloudy tonight with some isolated rain with overnight lows in the upper 60s. Another strong push of warm air tomorrow before the cold front should allow us to get into the mid-upper 80s. We are going with a high of 88 and the daily record high for tomorrow is 89, set back in 1953 and 1898. There is then a 40% chance of rain for the afternoon/early evening as the cold front moves through. It will also be breezy tomorrow with early winds out of the southwest before the front pushing in the warm air then we switch to the northwest behind the front pushing in cooler air. Friday will be cooler with highs in the mid 60s with a mix of sun & clouds. Saturday will be similar with cool morning temps and then warming up a little more with a high around 70. More clouds Sunday with another cold front and a 40% chance of rain on Sunday. Most models have the rain leaving early Monday, so dropping that to a 30% chance of rain followed by more cool temps and sun. Have a good one!