Long weekend, fun with the kids, fall temps are back! 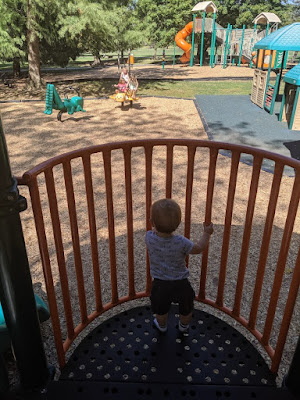 Thursday was my final work day of a 10 day stretch and it was our final day with temps in the 90s.  I took the kids to the park and we had a blast.  Summer made some friends then we all went back to the house for afternoon naps. 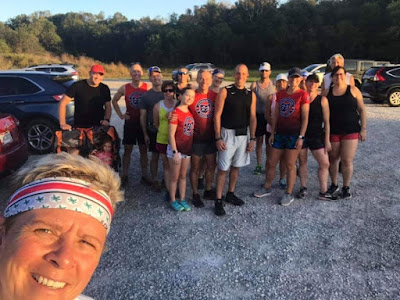 Since I did not have to work Friday I met up with the Columbus Westside Running Club at Battelle Darby Creek Metro Park. I have not been able to join them for the trail runs, so this was fun. 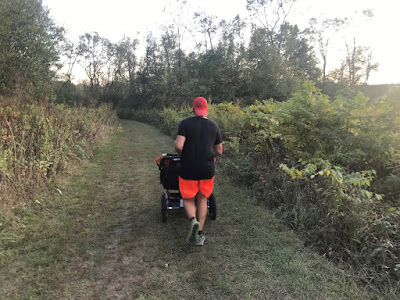 The kids had a great time riding around in the stroller. 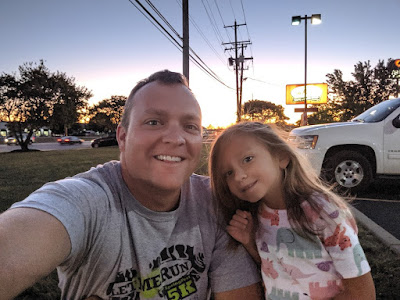 Friday morning I took Summer to preschool. I do not get to do this very often, so I really enjoy taking her to school. She reminded me that last time I had donuts when I took her to school.  Sooo... We went to get some donuts. 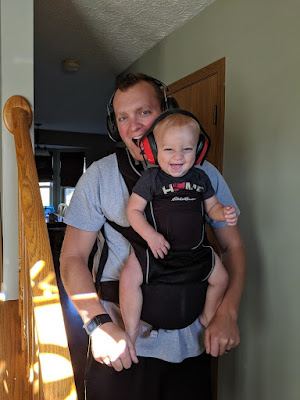 I got a little mowing done Friday morning as well.  Evan helped for part of it.  He didn't mind the ear protection at all.  Which kinda surprised me. 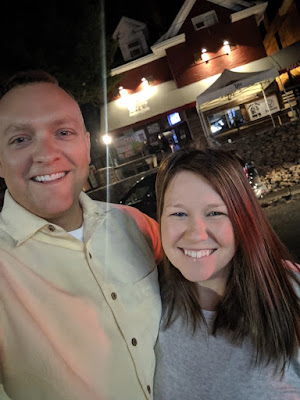 My mom had the kids for the weekend so Dawn and I went out on Friday night to Out R Inn, where we first "met" or at least realized we were both single.  We actually met in meteorology class at Ohio State, but started talking at Out R Inn. 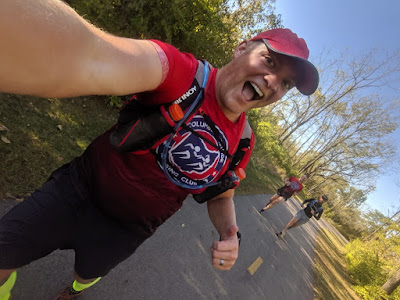 Saturday morning I had my longest run in the last 15 months.  21 miles with my Columbus Westside Running Club peeps.  Yea, I love running with them. Then Dawn and I had breakfast and got ready for a trip back to campus. 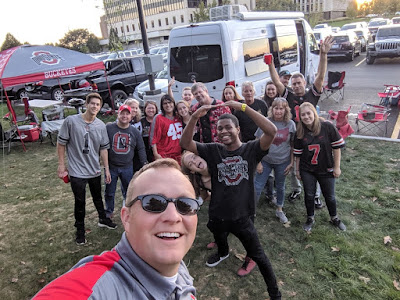 We had a tailgate for the Ohio State game.  Only a few of us went to the game and the rest of us hung out and watched the game from the parking lot. Sunday we went back to get the kids.  Summer has come down with a nasty illness so she is going to the doctor today.  Hope the rest of us stay healthy while we get her on the mend. 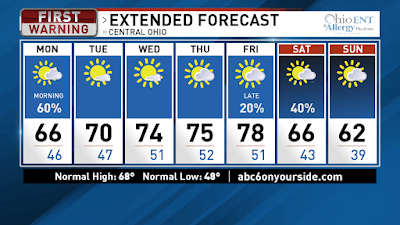 We have a cold front moving across the state currently and rain showers because of that front.  We will start the morning with rain showers and by lunch time the rain will be moving into Eastern Ohio and eventually we will all be dry by late afternoon and evening.  Clouds will be clearing out as well following the rain.  So sun will start coming out for Western Ohio as early as midday and clearing skies will continue moving into Eastern Ohio through the second half of the day.  Temps are starting in the mid 50s and we will warm into the mid 60s.  So wet and cool morning then drying and mild afternoon. Tonight the skies will remain clear at first then patchy fog possible by Tuesday morning with low temps in the mid 40s, so much cooler.  We will clear the patchy fog out early tomorrow then mostly sunny and highs around 70. Lots of sun for Wednesday and warming into the mid 70s.  Similar on Thursday with a few more clouds and a couple degrees warmer.  Fantastic fall weather for a lot of the week. By Friday we will start with sunshine then increasing clouds.  The newest models are trying to sneak in some rain just before midnight.  So if you are planning on going to a high school football game then stay tuned to the forecast and be prepared to take some rain gear.  Scattered showers for Saturday, mainly early, with another cold front.  This will bring another cool down and highs in the 60s for next weekend.  Have a good one!