Cool air is here... for a while 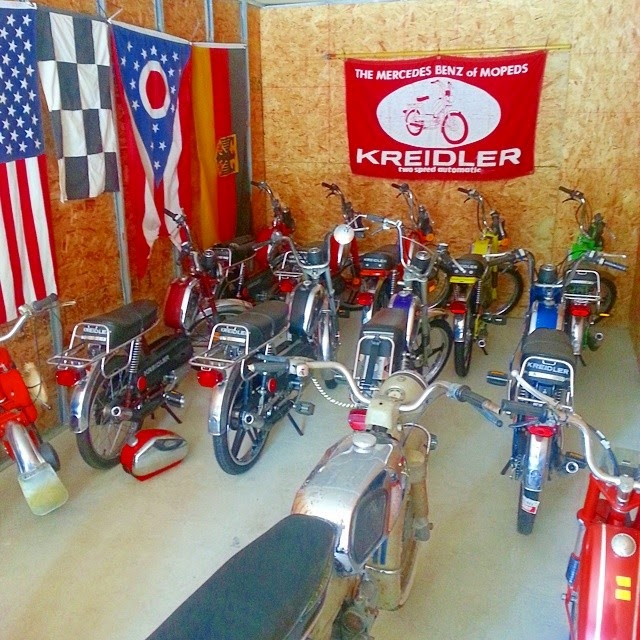 There is a hidden gem in Columbus.  I know a guy who has been collecting the Mercedes Benz of Mopeds.  He has a collection of Kreidler mopeds and has every single color.  Quite a rainbow.  Kreidler used to be good friends with Mercedes and actually Kreidler taught Honda how to mass produce bikes.  My friend said he eventually will try to sell them as a whole for someone interested in all their Kreidler glory.  And yes... they are 100% and all run solidly. 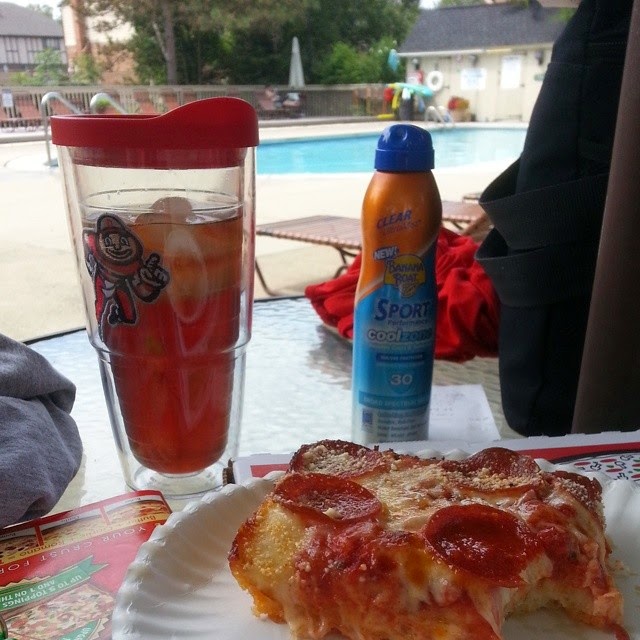 So it was a pretty warm and toasty weekend.  Before I pulled a staggered triple shift I tried to enjoy some down time at the pool. 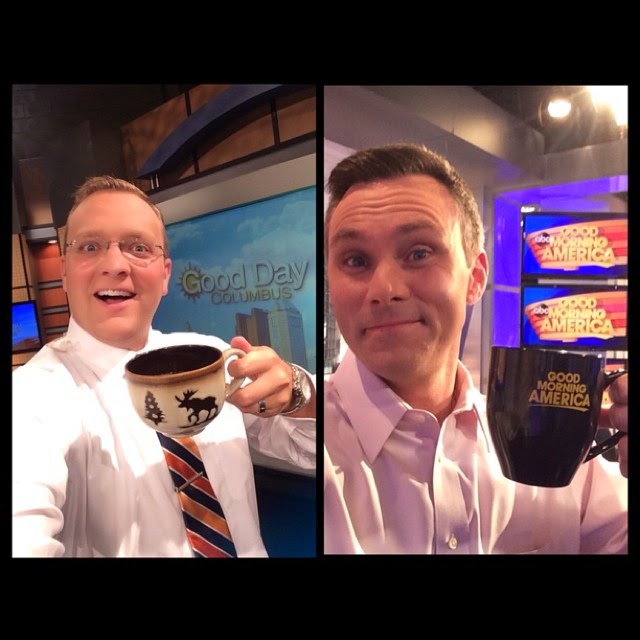 Then I was back in at 9AM on Monday and beat everyone to the morning meeting... Yes, I was running on adrenaline.... ZERO caffeine Monday. 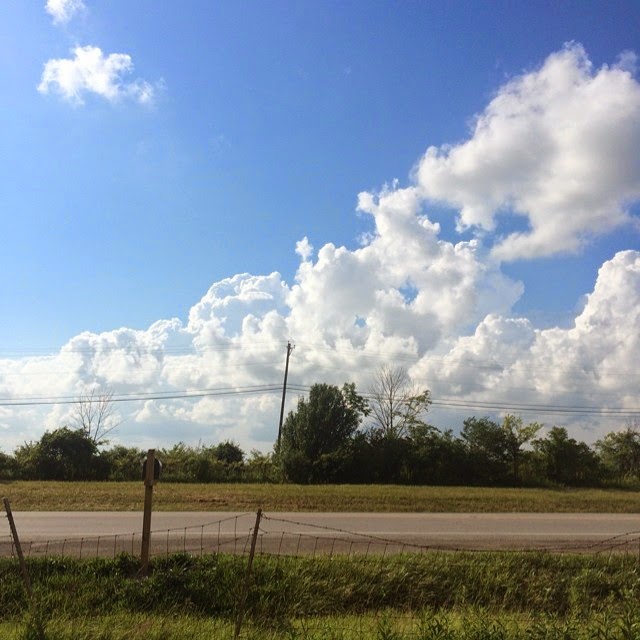 Yesterday was pretty quiet weather-wise during the daytime hours... Just a few clouds, but then we got rocked pretty good last night with a line of storms. 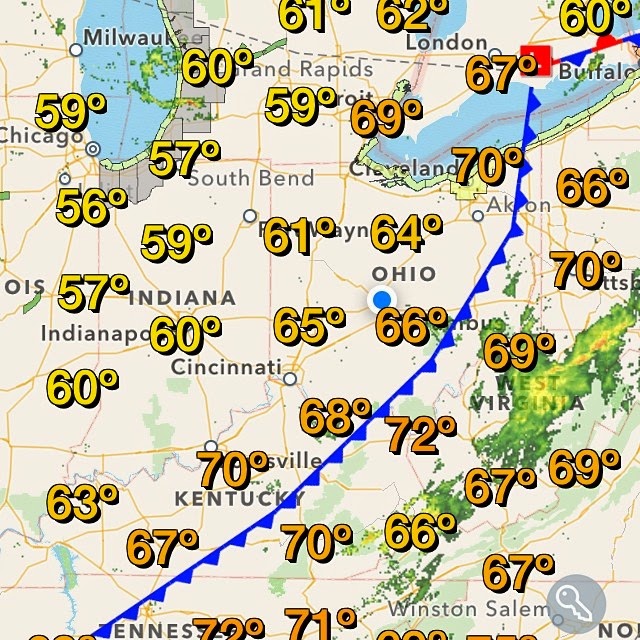 Then behind it... the cooler air has been settling in all day.  Temps will stay cool for the coming days.
Feeling more like fall for the next few days.  Highs will remain in the 70's for the rest of the week and overnight low's in the 50's.  There is a slight chance for an isolated shower for Wednesday, mainly in the afternoon.  We then look to see drier air in place for the rest of the workweek.  The weekend will bring temperatures back in the 80's and some scattered showers and thunderstorms, mainly in the afternoon each day.  Have a good one!