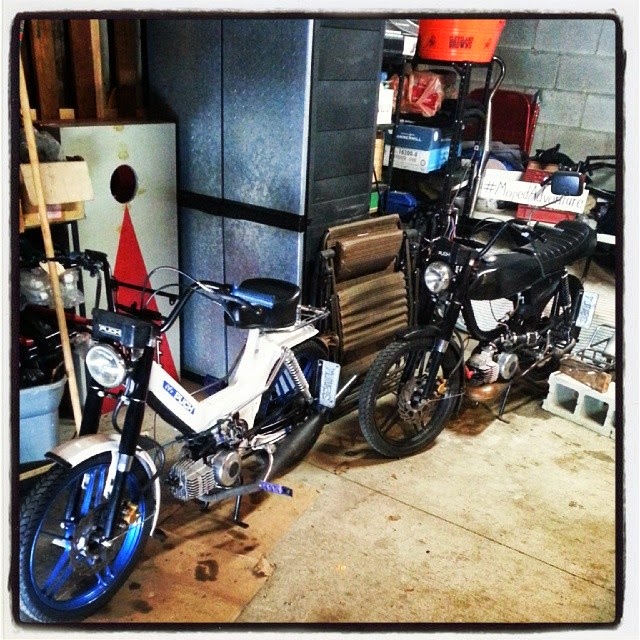 It feels weird only having two bikes again.  After buying that lot of bikes/frames/parts... it kinda feels nice not having a project bike for now... But I am sure I will want to build something soon enough... ;) 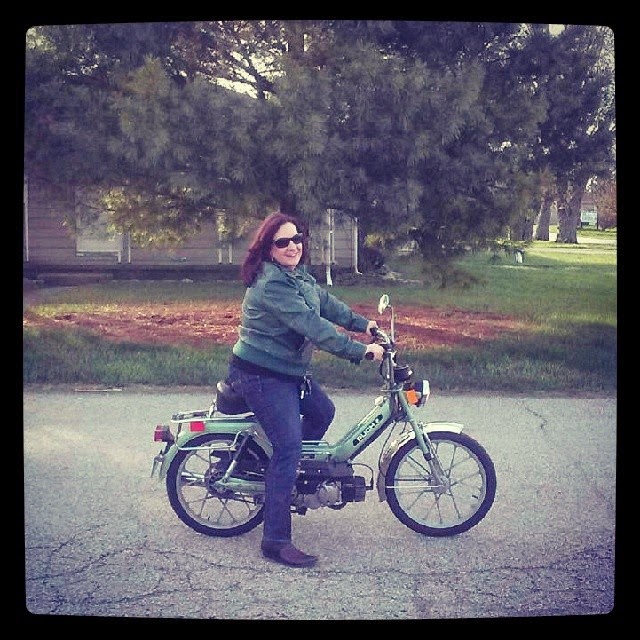 I sold the green bike to someone I met via social media.  Mindi follows the blog and called dibs on the bike as I was posting the rebuild pictures.  Should have a great home now. 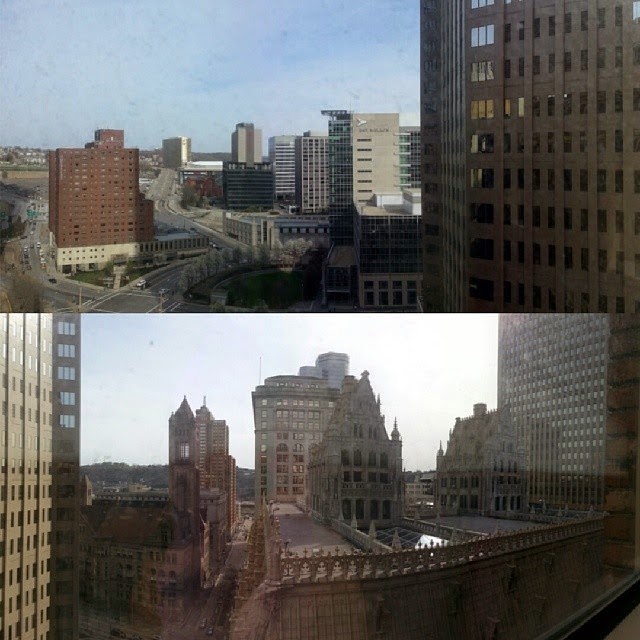 So the Pittsburgh trip was a LOT of fun.  This is a view of our hotel.  We stayed at the William Omni Penn Hotel and scored a sweet deal thanks to Hotwire. 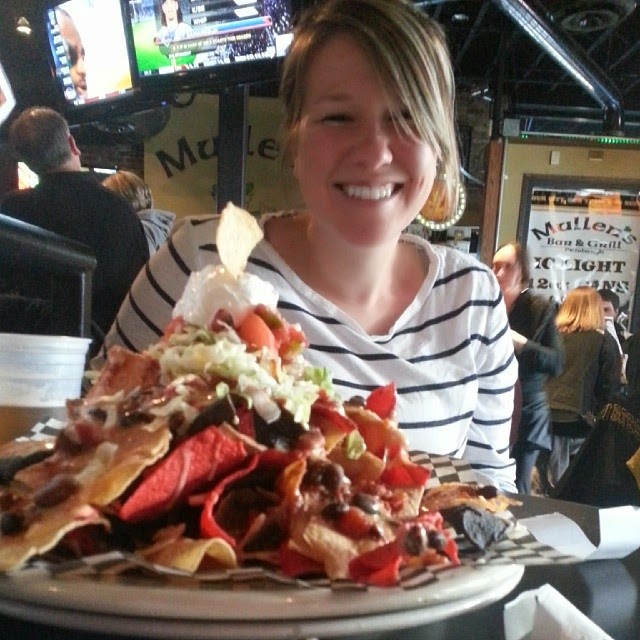 We heard that Mullen's Bar & Grill was an Ohio State bar, but just before the Pirates game I was the only person wearing scarlet and gray. 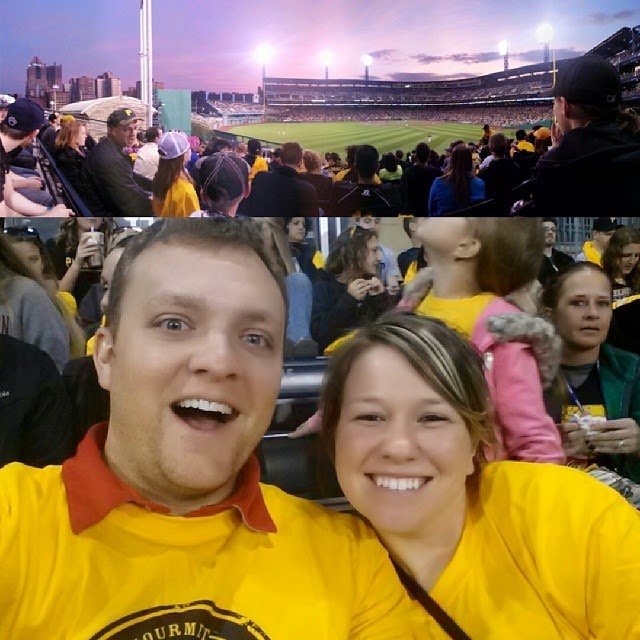 They were giving away free shirts at the Pirates game so we were able to blend in a the game.  GREAT ballpark that reminded me a lot of Great American Ballpark in Cincinnati. 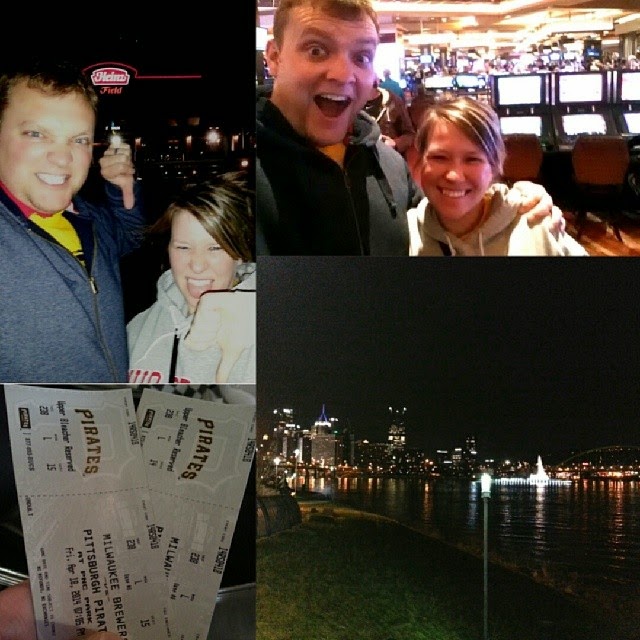 From there, we walked pass Heinz Field along the river to the casino.  I left $20 ahead... Dawn donated her money as normal. 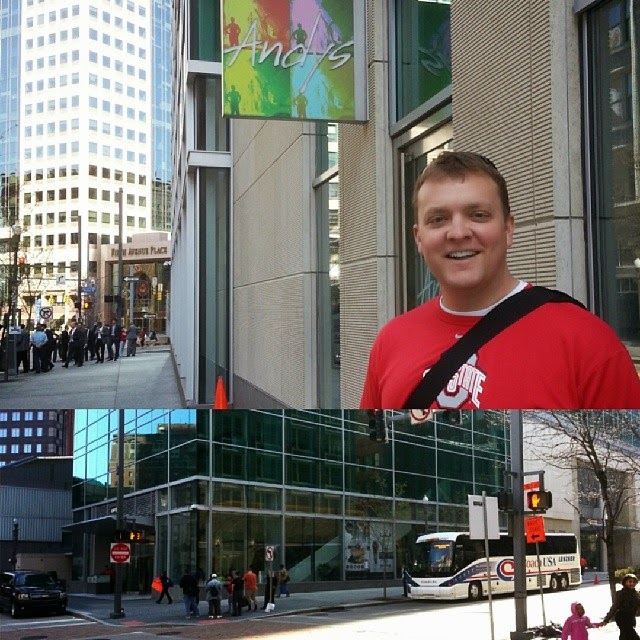 Saturday morning we woke up kinda early to go walk around and explore the city.  She saw a sign to some store called Andy's so she wanted to get my picture.  While we were doing that the Columbus Blue Jackets were coming out of the other door to the hotel.  We had no idea where they were staying.  We actually planned the trip long before the Blue Jackets made the playoffs and as luck would have it... they played the Penguins the same weekend we were there... more on that later. 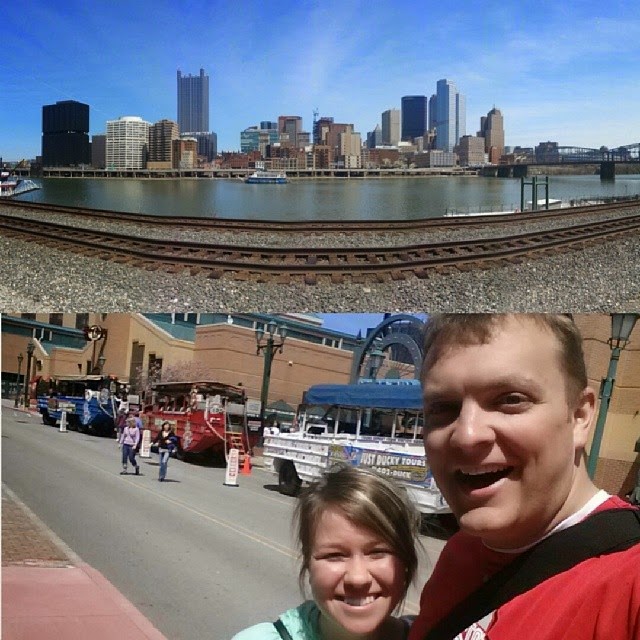 So we walked over to Station Square and did the Ducky Tours.  It is a road/water tour and a lot of fun.  We highly recommend it. 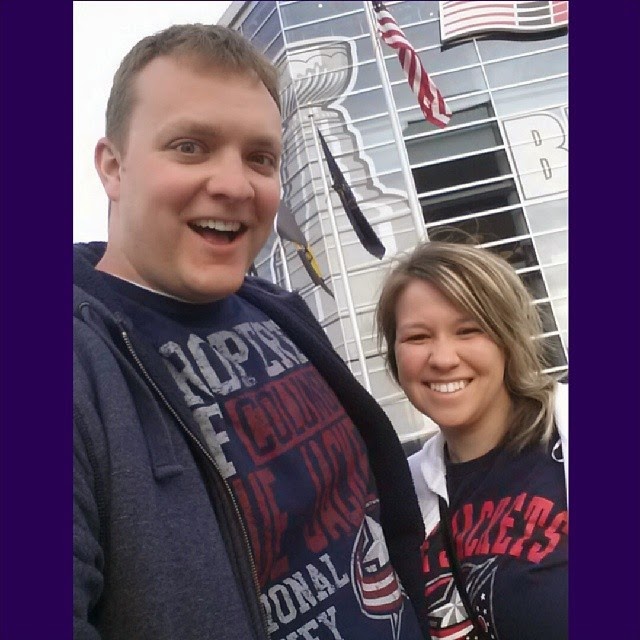 After Dawn took a quick nap at the hotel(I read my book), we hurried down to the arena.  We didn't have tickets and were not going to pay more than $50 a ticket and that just wasn't going to happen for the playoff game.  We found a couple sports bars. 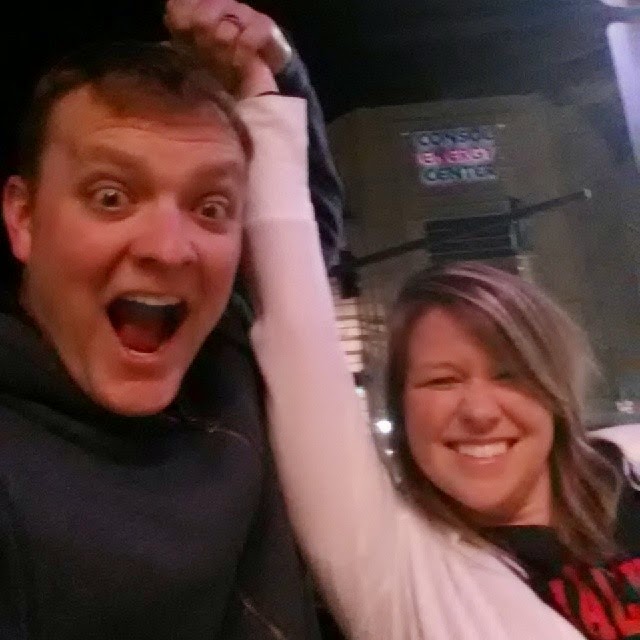 We had a lot of fun and were VERY reserved about cheering for the Jackets.  But we were still encouraged to leave before the fans got out of the arena.  BUT!!!  We were feet away from the arena when the Jackets won their first game ever!!!  So much fun! 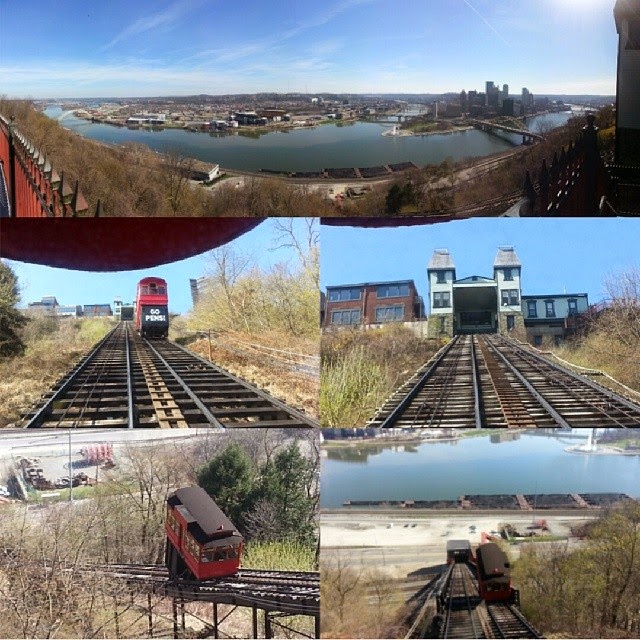 Sunday we took the incline for one last view of the city. 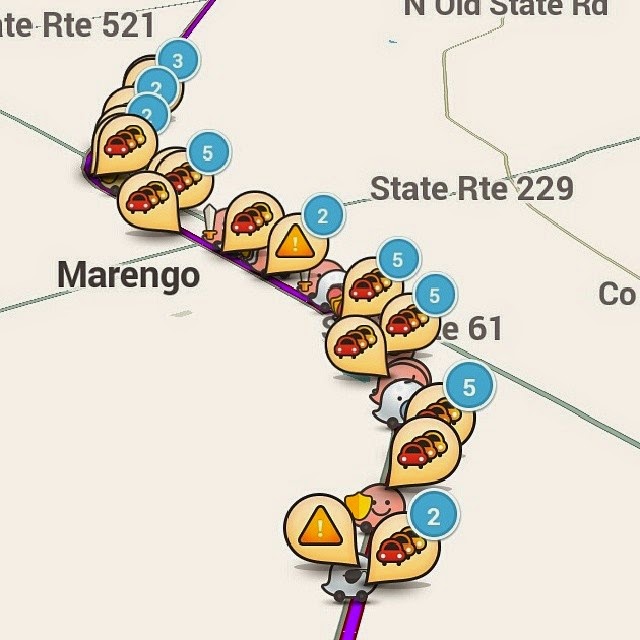 And traffic was HORRIBLE coming back to Columbus. 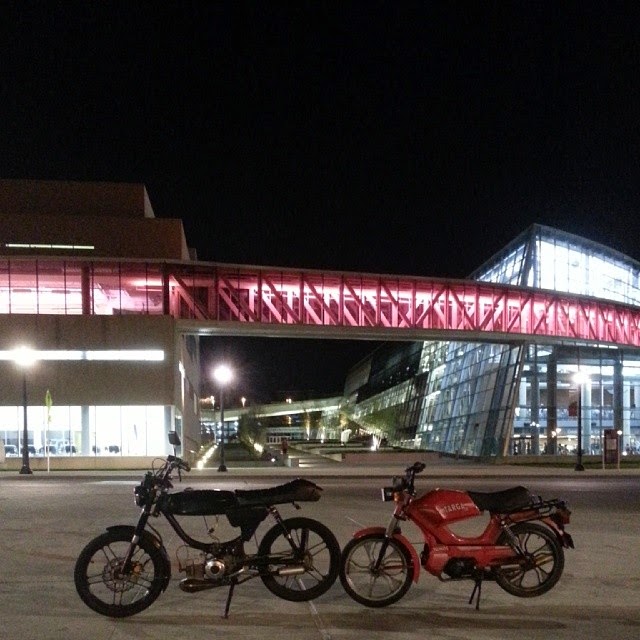 I did get to ride with my brother one final ride before he leaves for Ecuador for three months earlier this week. 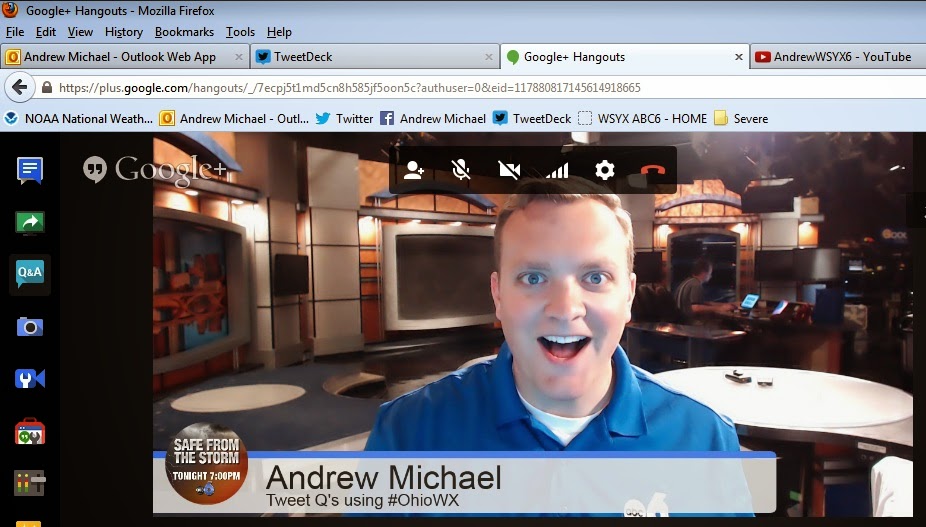 Wednesday was our Safe From The Storm Severe Weather Special.  I did a lot of testing of the YouTube stream beforehand.

It went great until I opened up our in-house app to monitor the showtime.  CRASH!  Had to reboot with a new link.  Oh well...  Other than that I streamed for 2 hours straight.

Taking a look ahead... Severe storms are possible for Monday and Tuesday.  We will have a cutoff low later this week. 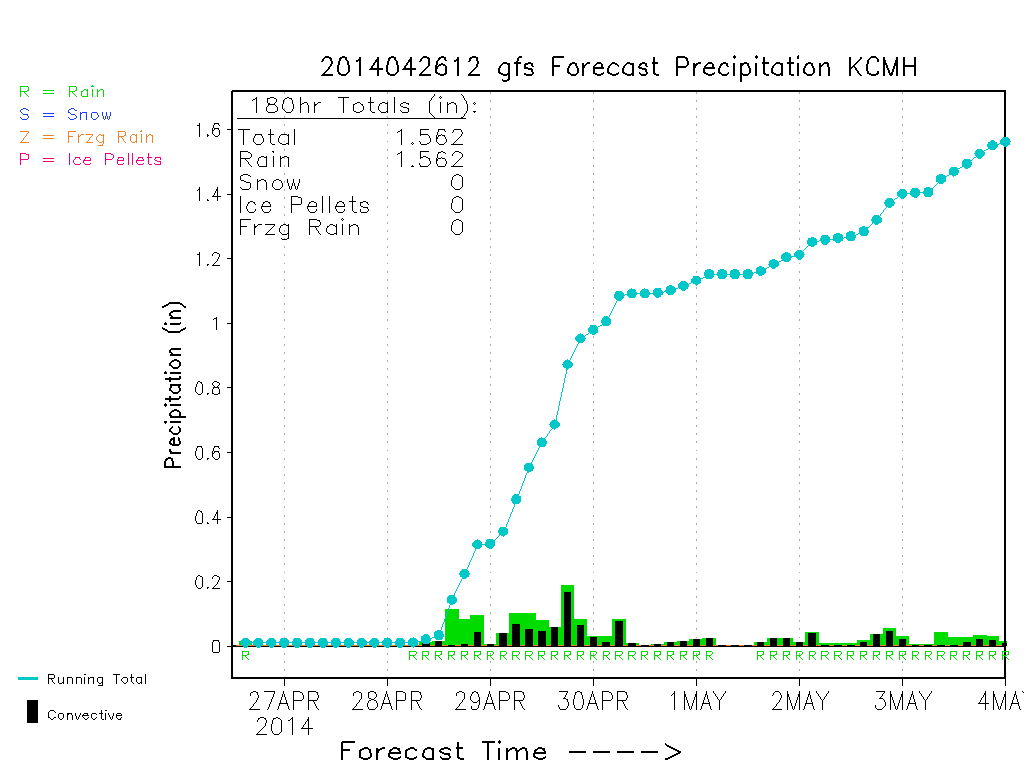 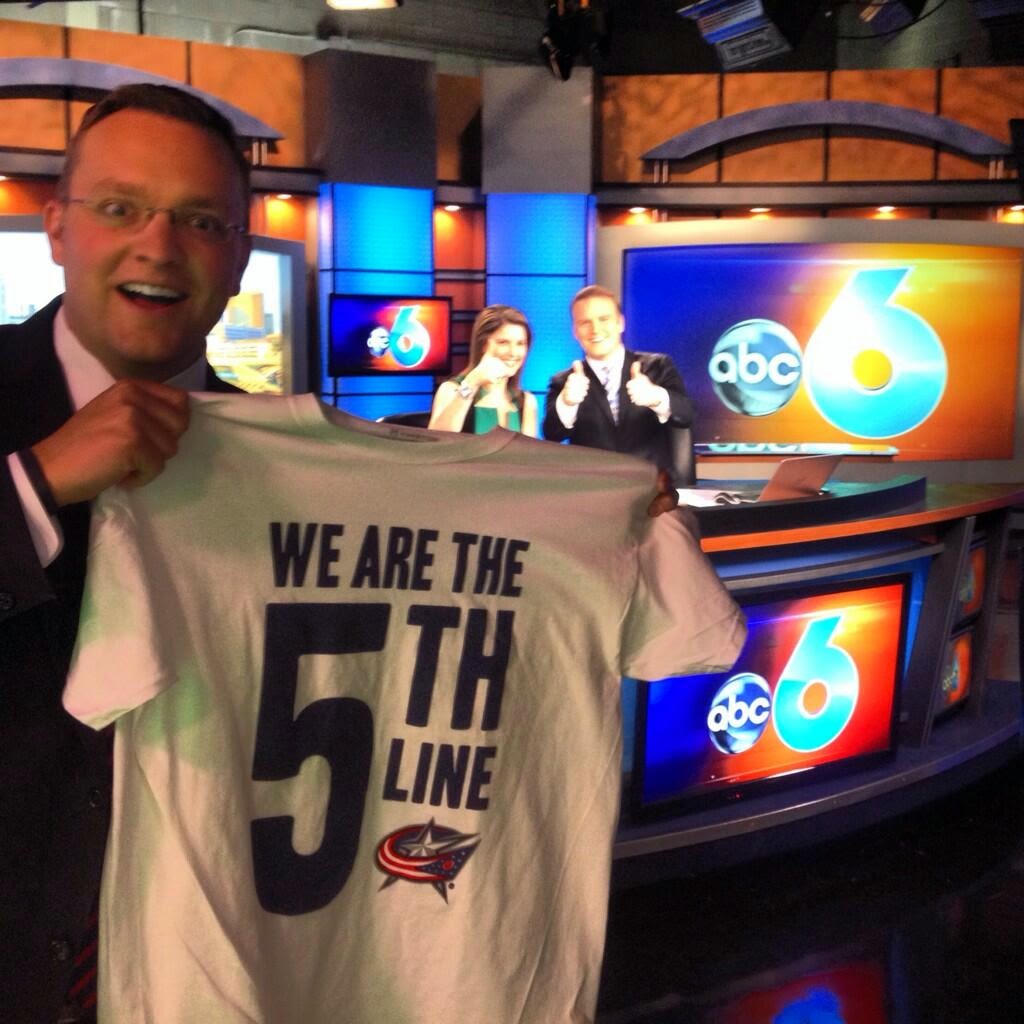 But the Blue Jackets are on, so I gotta run!  Have a good one!