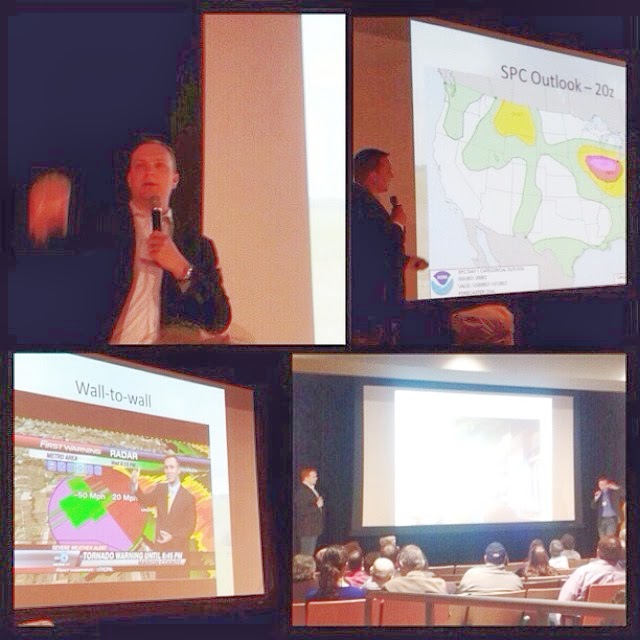 This year's symposium was one of my favorite yet.  (And that is not because I presented)  The morning session about snow squalls and what the NWS is doing with ODOT to alert motorists was VERY informative and the teamwork between NWS and ODOT should help save lives and money.  Bill Kelly and I presented just before lunch.  My wife said I didn't smile enough, but everyone seemed to enjoy my light-hearted comments from time to time.  We recapped the June 12, 2013 storms and showed what goes into wall-to-wall coverage. 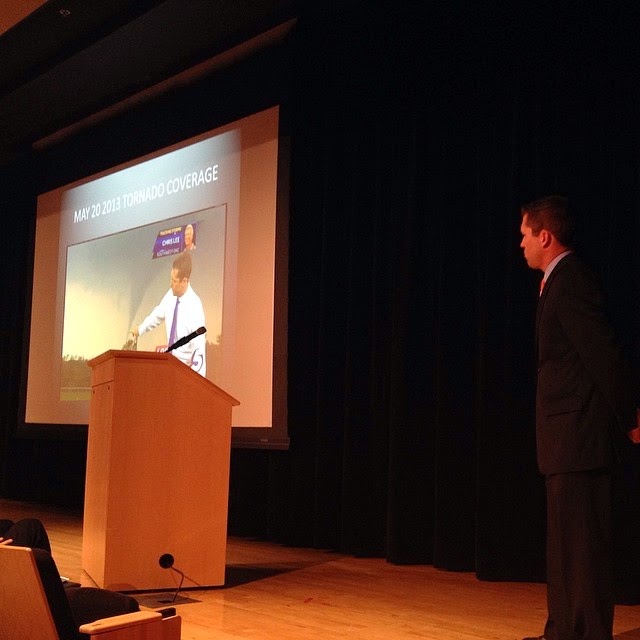 The afternoon discussion was focused on the Moore tornado.  Damon Lane from KOCO did a presentation on their coverage.  It was CHILLING to see the coverage before the tornado touched down.  I saw the pictures and the radar images, but not at the same time.  The hook echo was VERY well defined before the funnel started to come down.  It was almost ghostly watching coverage as the funnel was just starting to form.

As far as Ohio weather... nothing severe... as a matter of fact, the first week of spring may contain some snow.  The newest models are ramping up bit on the snow for Tuesday.  Right now the accumulations look to be rather light, but I will keep a close eye on things and keep you posted.  Other than the light snow Tuesday morning a pretty cold week ahead.  Warmer temperatures return by the end of the workweek, along with some rain.  Back to Good Day Columbus!  (And I will be back tonight as well... working a double)  Have a good one!