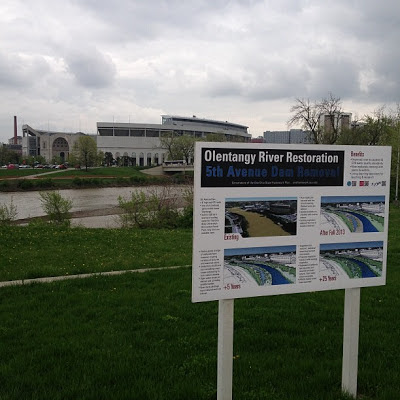 Monday I did a story on a fuel spill in Ross County where a semi tanker had its fuel tank drop and drag along the ground until it punctured and spilled about a hundred gallons of fuel on the highway.  I covered that for the noon then did a brief update on the Olentangy River Restoration for the dinner time shows. 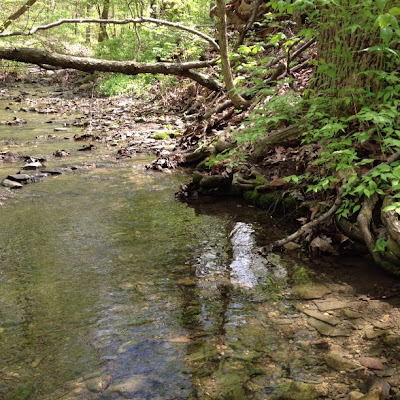 Tuesday I did a story on mosquito and tick testing getting cut by the state due to funding issues. 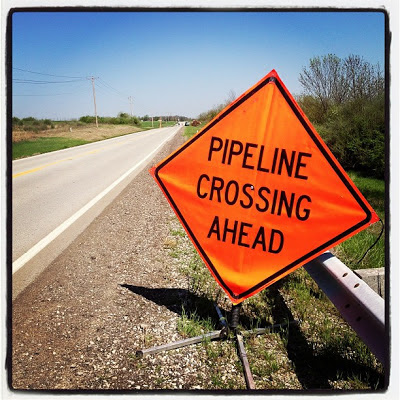 Wednesday I did a story on a natural gas liquid pipeline that will be going clear across the state.  The current construction is just clearing for the new line to be installed. 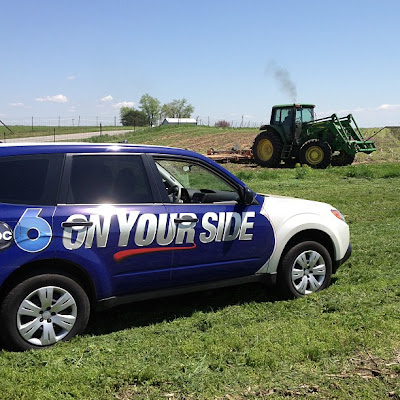 For the Wednesday pipeline story I got to enjoy the countryside and all the pleasant people waving to everyone passing... 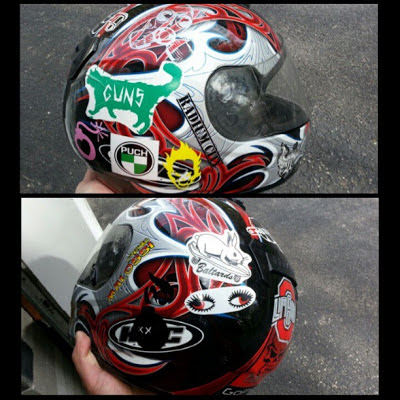 Thursday was a nice relaxing day.  I went over to the garage in the afternoon and rode my moped around later.  I rode to a meeting at work and added some more stickers to my moped helmet from moped clubs. 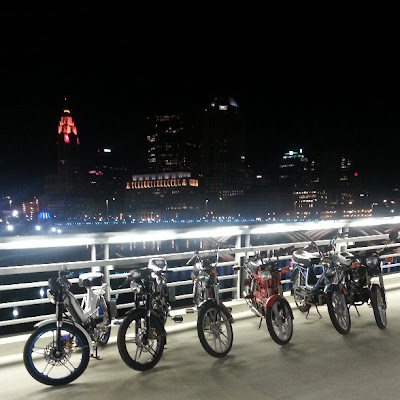 Later on in the evening I got together with some of the Columbus mopeders and we rode around town.  Lots of fun. 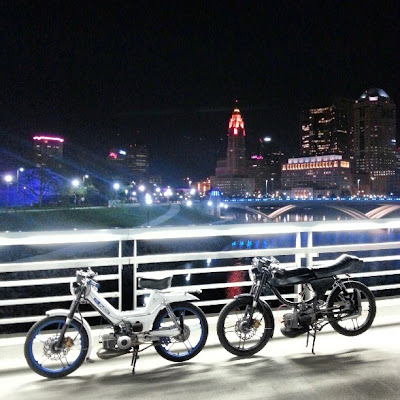 I let Taylor borrow my Maxi and I figured since I can't get both of my mopeds downtown by riding them... so I wanted to get a picture of them at night in front of the skyline. 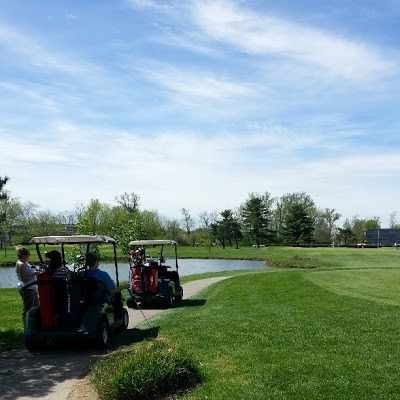 As if I was not outdoors enough on Thursday... Friday I went golfing with the wife and another couple.  We ended up playing a scramble later to keep the pace up. 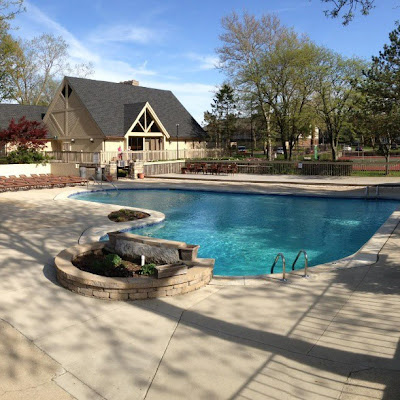 I then found out that the pool at our complex is about ready to open... Stoked for that! 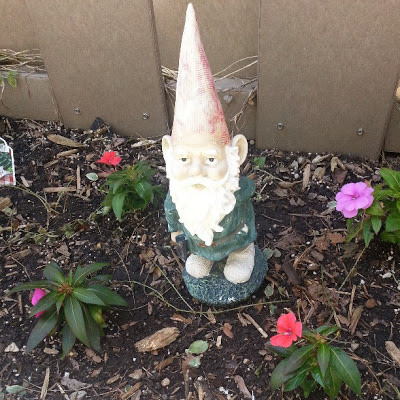 I noticed that our yard gnome went missing and found it down the street so I took it home and it is now resting in our backyard so he doesn't walk off again. 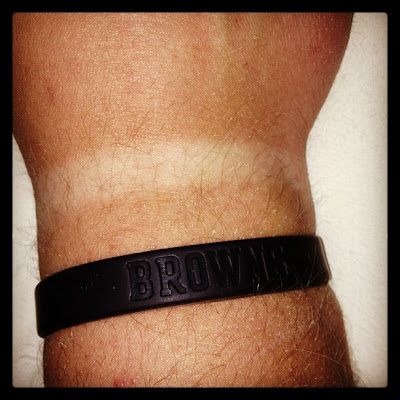 And I finally leave you with a picture of my beautiful tan line from the couple of days outside... I am sure it is just the start of the seasonal tanline.

As I mentioned last weekend... the cut-off low has just spun out over the Plains.  It is still trying to slowly move east and it will stay mainly south of Central Ohio.  Sunday should remain dry except for the far Southern portions of Ohio.  Monday may be a little different with some moisture trying to work into Ohio, but it should be spotty light rain showers.  Tuesday a little less rain and then things begin to dry out for the middle of the week.  Next weekend is looking wetter as well, but the good news is that highs should be in the 70's for the entire workweek.  Have a good one!