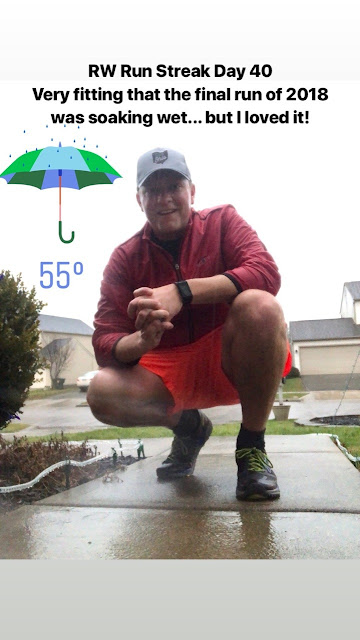 Final run of 2018, with 935 miles total this year. Exactly 200 less than 2017, but another life was added to the family this year. Today’s wet run was spent reflecting. I’m blessed with a healthy family and the ability to clear my mind on these runs. I am not sure what 2019 has in store, but I foresee a lot of runs with the kids together in the stroller and always putting family first. Dawn has been supportive of me running while the kids nap or early once they wake up. Without her my running would be even less. 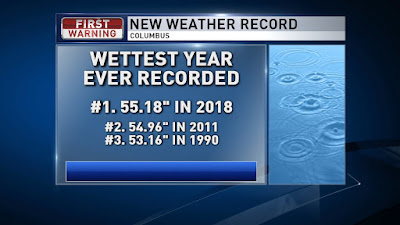 We managed to shoehorn in 1.01" of rain on the final day of the year and it bumped us up to the #1 wettest year ever recorded in Columbus, Ohio! Crazy! 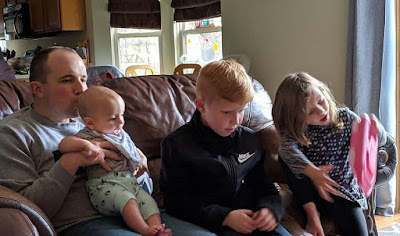 I was blessed with a visit from my buddy Luke this week.  He and his son stopped by the house to visit.  Luke is a Lieutenant in the Navy and was stationed at Ohio State as a ROTC instructor the last past couple of years. He now will be heading out on a new destroyer this year, but has some schooling for his new role on the ship, so he is leaving today for his next chapter.  You may remember him from the wedding I was in earlier this year.  He and his wife are expecting a newborn in the middle of May.  I will miss seeing him around, but thanks to technology he won't be too far. 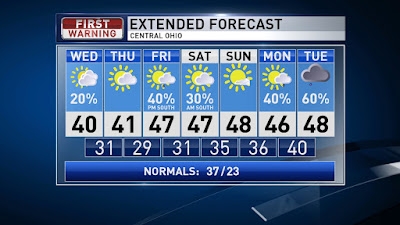 The clouds will be sticking around today, but some sun is on the way! Mostly cloudy with temps in the 30s most of the day and topping out around 40. A weak disturbance tonight will bring a few sprinkles and flurries, mainly north, this evening and early tonight. Mostly cloudy overnight with lows in the lower 30s. Clouds will start breaking up early tomorrow and more sun by later in the day Thursday with highs near 40 again. Light winds the next couple days. Increasing clouds on Friday with scattered rain moving in later in the day to the south. Evening and overnight rain, mainly south, for the start of the weekend. The rain will move out quickly early Saturday then some afternoon sun. More sun Sunday as well with highs in the upper 40s for the weekend. More rain moves in later Monday and Tuesday and this looks like more of a soaking rain for all of Central Ohio. Winds also are looking brisk with this system. High temps still staying in the upper 40s for the start of next week. Our normal high for early January is 37, so a mild start to 2019.  No snow systems on the way in the near future, but I do think we will have big temp swings on the way for the end of the month... so there is some colder air on the way.  We just need to time it out with precip to get snow. Have a good one!