Runs with the kids, brief warm-up, snow on the way... 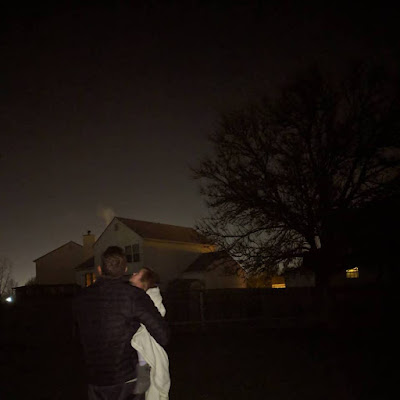 I went outside with Summer on Friday night to watch the Quadrantid Meteor Shower and I was able to see about 10 shooting starts including two bright ones. 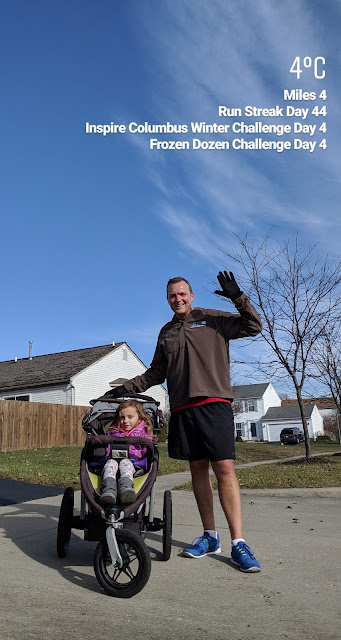 Then after work I took her for a run while Evan got a nap. 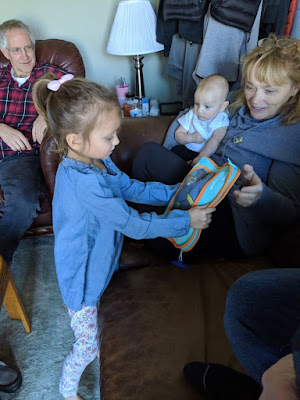 Saturday was family time with my family celebrating Christmas since my sister was down in Florida until last week.  She is back now and returning to finish up her degree at Kent after her year working at Disney for their college program. 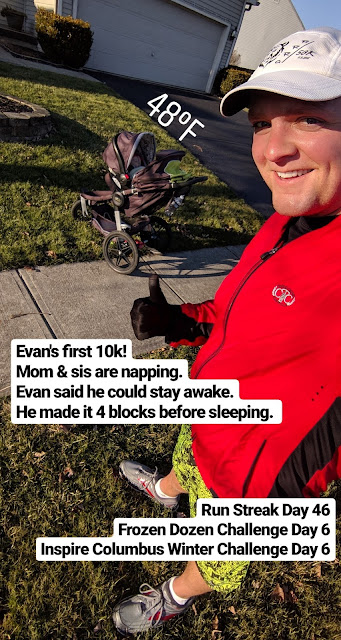 Sunday was cleaning up and Dawn and Summer took a nap.  Evan was wide awake so I took him for a run and he was snuggled up warm and under a blanket and asleep as well shortly into the run.  It was nice getting all the sunshine through the weekend, but now the clouds are back with rain.... 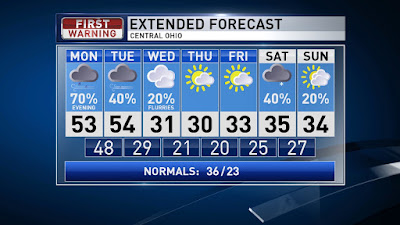 Today we will see cloudy skies and winds picking up.  We may have a spotty shower or two through the daylight hours, but rain showers are likely this evening.  At least our temps will be favorable and warming from the mid 30s to the mid 50s by the afternoon.  We stay in the upper 40s tonight with the rain showers and winds staying brisk.  Spotty light rain Tuesday with even stronger winds and highs in the mid 50s.  A cold front will push through in the early afternoon tomorrow and push the rain out and colder air to rush in for late Tuesday and the rest of the week.  We will see a few flurries Tuesday night and Wednesday with mostly cloudy skies. Partly cloudy and cold for Thursday and Friday.  Another system is looking more promising for light snow this weekend, mainly Saturday.  A few flurries may linger into Sunday. Right now it appears the snow will be fairly light, but worth watching... Stay tuned! 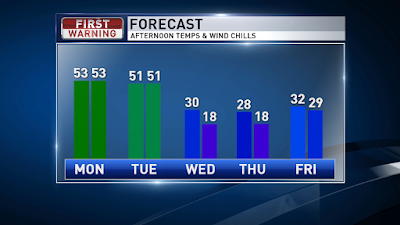 Here is a look at the temps for the week ahead along with the wind chills.  It will feel MUCH colder later this week so take advantage of the warmer temps today and tomorrow.  Have a good one!