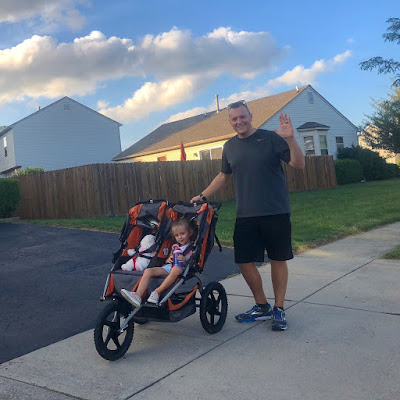 Well... with the new addition to the family, I had to increase my stroller capacity.  Since I did so much running with Summer, and plan on doing so much with Evan I wanted to make sure I found a great running stroller.  BOB makes some fantastic strollers with shocks to help absorb the bumps along the trail/road.  They are pricey though, so I checked around for a used one and found a gently used one for a decent price.  It is money well spent, in my opinion, because I normally would run hundreds of miles a year with the stroller.  Summer loved it!  No adapter for the car seat for Evan, yet, but his neck needs to be stronger before any running. 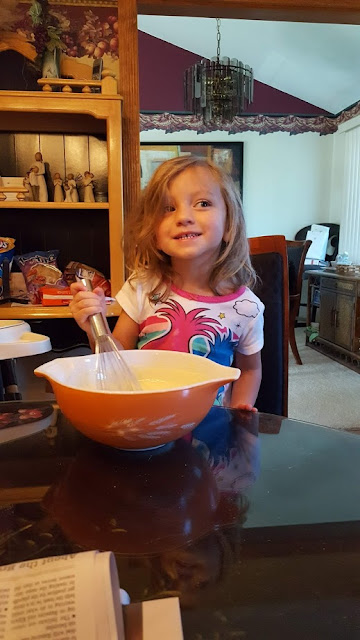 We went to Dawn's parents for part of the Labor Day weekend.  That means pancakes for Summer, and she helped as well. 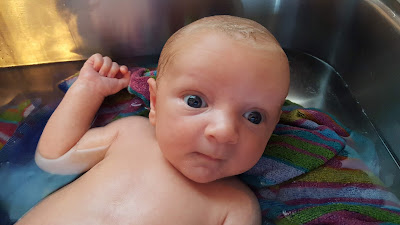 Evan got a bath in the kitchen sink and that kid LOVES baths. 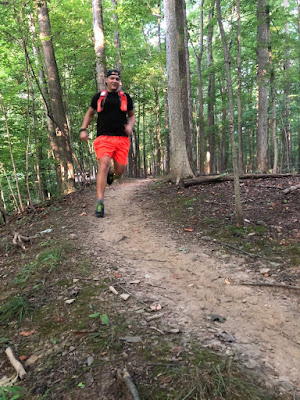 With the extra hands helping take care of the kids, I took a run over at the Royalview mountain bike trails.  Great trails.  I wish I would have had more time to run all of the course, but I REALLY want to go back and crush the small portions that I missed.

At the top of one of the hills there is a foundation of an old house that likely burned down long ago.  You can still see the fireplace and chimney standing tall. 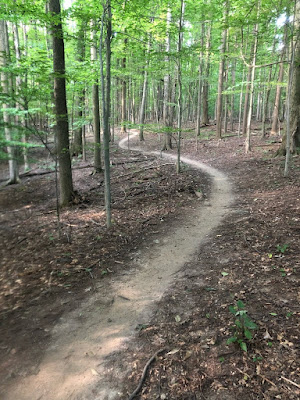 Here is a view of some of the trail.  So many fun curves including some epic downhill portions that I blasted at around a 6:30 pace.  If I caught a root or rock I would have went flying about 30 yards down the hill, but it felt great.  Just like being a kid. 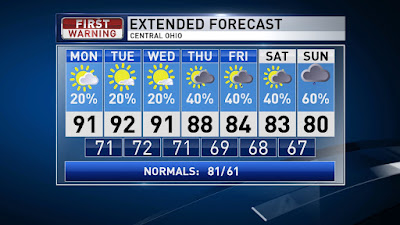 The heat is on! Today it will be a hot Labor Day with highs in the lower 90s and humidity making it feel like the mid-upper 90s. This heat will stick around for most of the week and slightly cooler heading into the end of the week and next weekend. Due to the heat and humidity, there will be a slight chance for pop-up isolated rain in the afternoons for the first half of the week. As a cold front get closer by the end of the week the chance of rain will go up, despite slightly cooler temps. While there is a slight chance of rain every day on the extended forecast, the best chance of rain will come next weekend as a cold front will pass through. 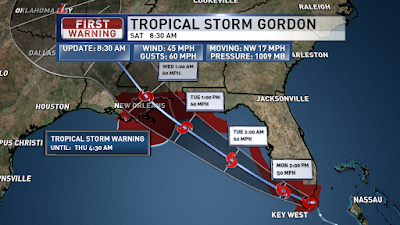 We are also keeping a eye on the tropics. In the Eastern Atlantic there is Tropical Storm Florence and that will likely stay a topical storm for the coming days and continue in the direction of Bermuda. Another cluster of storms south of Florida early this morning have organized into Tropical Storm Gordon. The 8:30AM update from the National Hurricane Center has the storm with 45 mph winds along with 60 mph gusts over Southern Florida. It is expected to sustain the strength of a TS over the Gulf of Mexico. It is then projected to have 60 mph winds and LOTS of rain for Louisiana, Mississippi, & Alabama by midweek. We will keep you posted. Have a good one!