It is finally Fall!!! 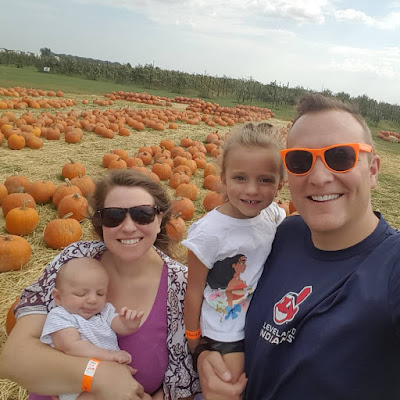 Summer had her preschool field trip on Friday out at The Orchard & Co. Since the preschool does not have buses, they needed parents to come too.  We had a lot of fun. But Summer... 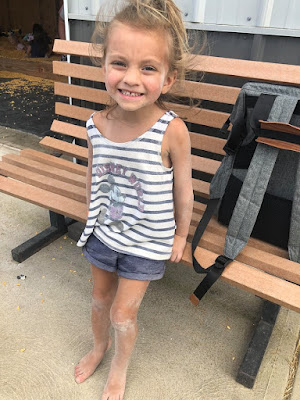 She had TONS of fun!  They had a giant corn kernel barn and Summer was covered in corn dust by the time we managed to get her out.  We also picked apples and I plan on making some fresh apple pie in the coming days. 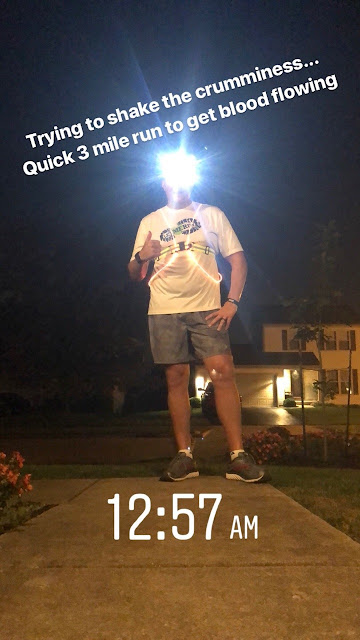 I felt pretty crummy last week from a cold that she brought back from school, but I did manage to get some runs in to help keep the cobwebs from forming. 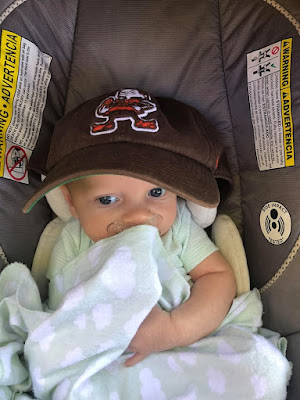 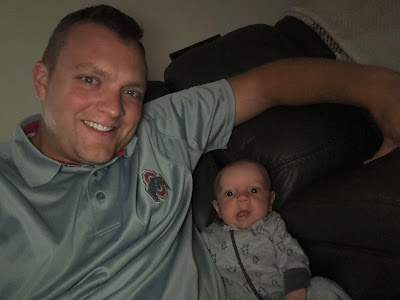 And Buckeyes not looking too bad either.  Evan couldn't believe the score at halftime! 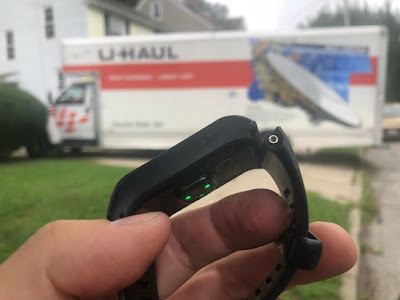 We went to Cleveland this weekend for a few things.  Saturday we helped Dawn's aunt move.  It was going great until my Garmin GPS watch caught a corner while I was carrying a dresser down the stairs.  DANG IT!!!  Not really repairable, to my knowledge because the body broke where the bolt goes through and it is water-tight sealed so you can swim with it.

Sunday we had a family reunion and it was hard to keep Summer from running to the playground every few minutes.  She could spend an entire day at a playground and still want to keep running around.  Such a fun age. 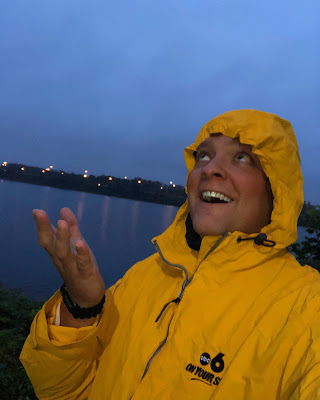 Here comes the rain again! Rain has started moving back into Southern Ohio and will continue pushing into the rest of the state as we go through the morning with showers and storms most of the day. Highs will be in the low 70s, so wet, cloudy, and mild for the start of the workweek with some on and off showers tonight as well. 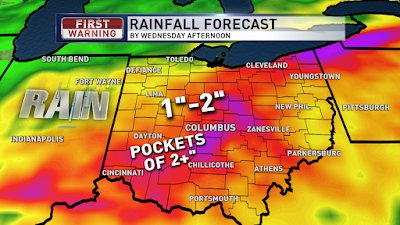 The rain will be sticking around for the first half of the week with some heavy downpours in pockets. 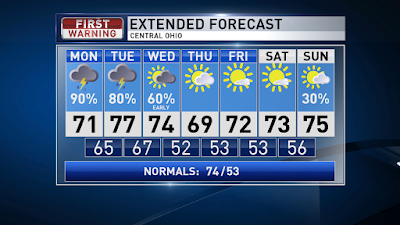 We will warm into the upper 70s Tuesday and getting into that warmer air will help fuel the storms. There is not a great likelihood of any severe weather today, but Tuesday and Tuesday night we are in the Marginal/Slight Risk for severe storms. Tuesday's rain will be on and off and a few of the cells could get gusty, including some hail, and cannot rule out the chance of a tornado. Marginal Risk for Eastern and Southern Ohio, but the higher risk of severe storms, a Slight Risk, for Central, Western, and Northern Ohio. The strongest storms though will likely hold off until Tuesday night.