Weather on the go, running with Summer, sun on the way 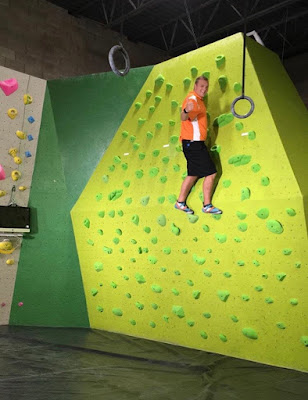 I went out to Kinetic Climbing and Fitness last week and we used their green screen to do the weather on the wall... 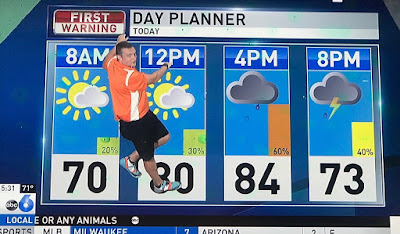 It was a LOT more challenging than it looked.  I have a lot of respect for people that enjoy climbing.  My forearms were on fire for the following days. Trying to hold on and rotate around to deliver the forecast. 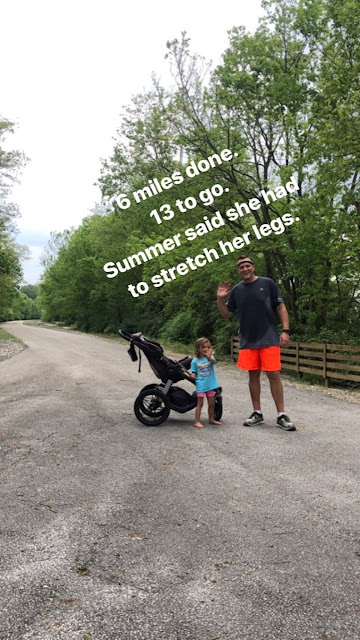 I went to Pittsburgh over the weekend for a golf outing with a friend.  So I had to get my 19 mile run in before leaving.  So Thursday Summer and I went on a long run out in Hilliard. 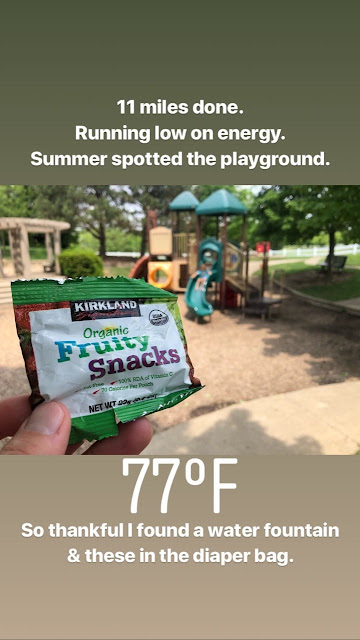 It is weird starting a long run in the middle of the day because a lot depends on how you fueled up in the morning and I didn't get the proper calories/carbs in the morning for the run, but I did find some gummies to help.  Summer wanted to stop at the playground so I did, so she could burn off some energy. 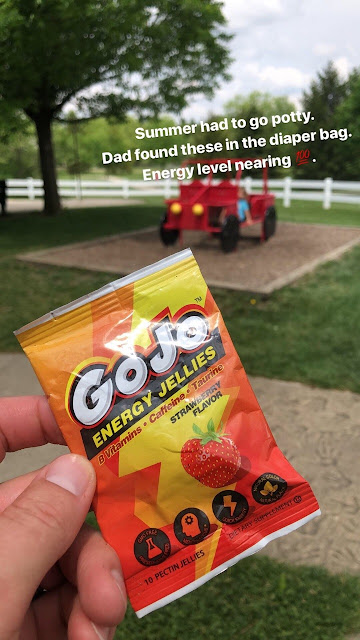 I also found these in the diaper bag too and they were SUPER clutch! I forgot that I tossed them to Dawn during the Cap City Half because I didn't need them. 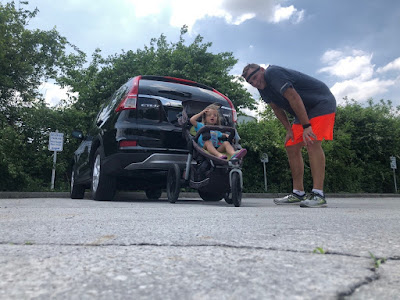 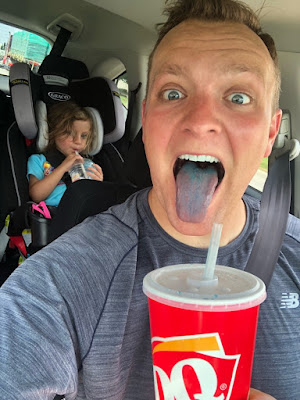 She behaved so well that I told her I would get her some ice cream.  I took a few sips so it would not spill and enjoyed a blue raspberry slushy myself. 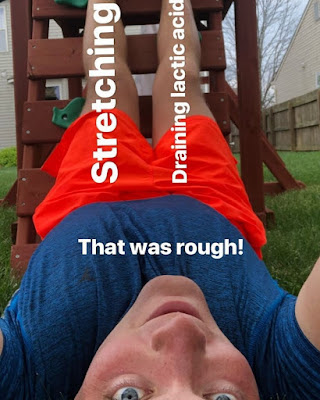 Well... that dairy was a bad idea.  I got an upset stomach from being so hot and had cramps for the final 6 solo miles while Summer napped.  But at least my weekend was free! 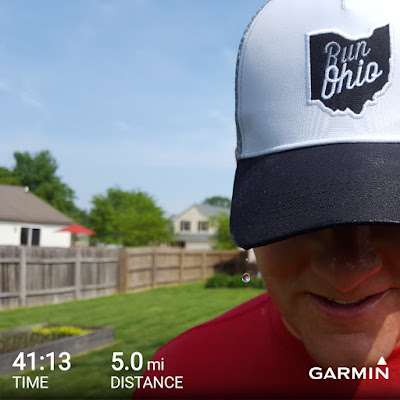 Back in the saddle yesterday and notice the sweat dripping off my hat.  I am being smarter about protecting my skin from the sun this year.  No need for any skin ailments any early than needed and I spend a LOT of time out in the sun.  Notice the garden in the background... it is off and doing very well. 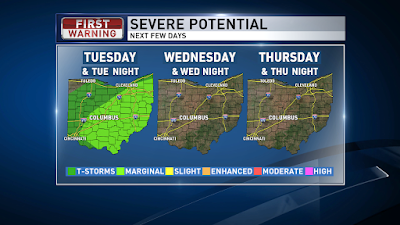 How about those storms?!?! More storms on the way today, but likely not quite as strong. Morning lingering showers are moving east. Just some spotty showers through midday today then more showers and storms popping up this afternoon. This rain will move southeast later into the day. Marginal Risk for a few isolated storms to become gusty with hail for Central, Eastern, and Southern Ohio later today and tonight. 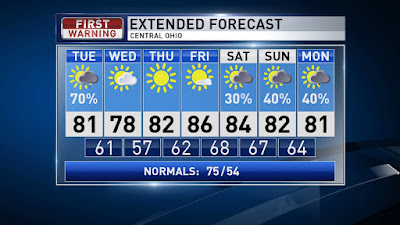 As rain moves out, clouds will start to break up some overnight. We remain partly cloudy tonight with some patchy fog for overnight into the first half of Wednesday. More afternoon sun Wednesday with humidity dropping. More sun Thursday and Friday as temps start warming back up.

Warm and humid for Memorial Day weekend with scattered showers and storms. I would not cancel any outdoor plans, but be sure to keep an eye on the radar for the holiday weekend. Have a good one!