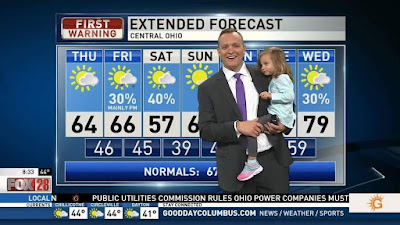 Thursday was Take Your Child to Work Day.  I didn't know it until I was at work so I texted Dawn to see if she wanted to bring Summer in for a forecast.  Summer helped me with one of the forecasts and was very shy, but we had a lot of fun. 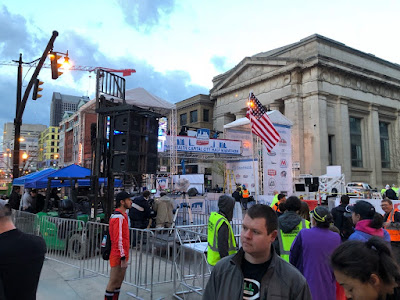 Saturday was the Cap City Half Marathon and I was pumped for this race. What a race! Didn’t get as much sleep as I would have liked, but woke up and did my thing: coffee and granola bar. 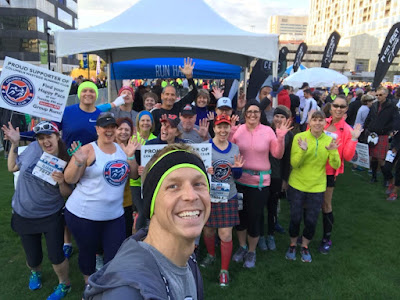 Got down to the race area with 90 minutes to swap into different shoes and tried to stay warm with the Columbus Westside Running Club. My peeps. ❤️ 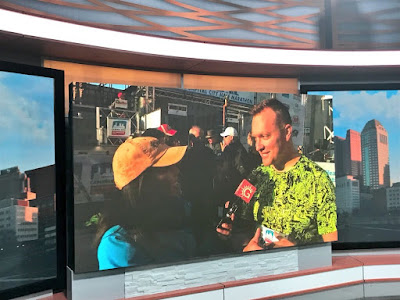 I did a quick interview with our TV station before the race (like 9 minutes before, 😬) 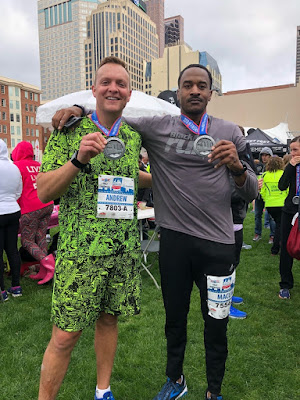 This actually turned out to be a good thing because I saw one of the faster runners from our run club and found him in the corral with just a couple minutes to spare. Mac and I used to run together every weekend, but he is the leader for the local chapter of Black Men Run and when the Westside changed their weekend runs to Saturday Mac already had a group then. So I ran with him today. We came out hot and kept it going. I had a TON of energy and probably talked so much he wanted to slap me. He told me a couple times to pull away and he would be fine, but I stuck with him and it was a comfortable pushed pace.  There were times I wanted to tell him to ease up for myself, but I kept with it and we pushed each other.  I got a second wind about 10 miles into the race. Toward the end I asked if he had any gas left for a sprint and he said the final hill was all he had left then he insisted that I take off for the final stretch so I did. I kicked it up a notch to sprint to the end. The only other Half race I completed, without weather black-flagging the course, was 2:01:32. I have had some training runs better since, but no race. I finished with 1:39:32. 22 MINUTE PR! 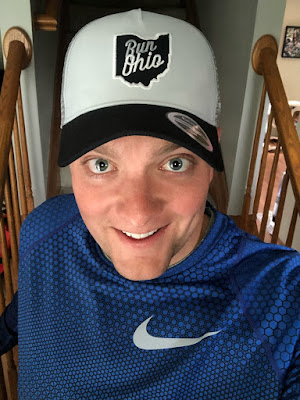 Also picked up my new favorite hat.  I spent the rest of the day napping followed by a celebratory dinner with my run club.

Sunday I did a quick run to loosen up my legs then mowed the lawn.  I am selling my motorcycle so I changed the oil in that and took it for a short spin around the block. 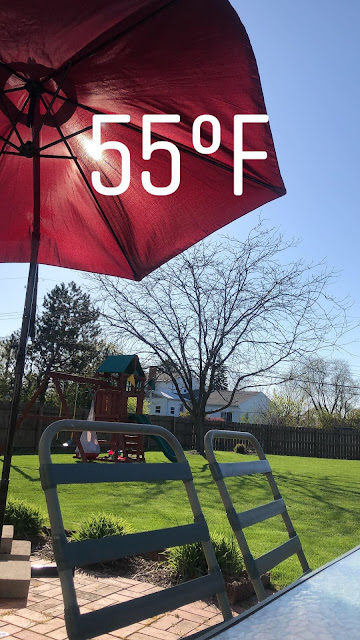 And then tried to enjoy the beautiful, tad chilly, afternoon.  What a beautiful day, and today will be even better! 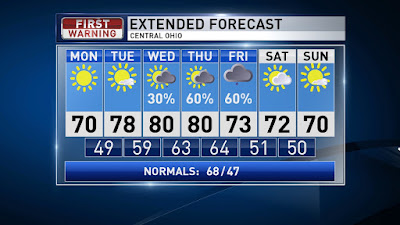 A cold start to your Monday with frost, but that will clear out quickly with lots of sun today and warmer temps. Sunny with highs near 70 today. The winds will slowly pick up later today and stay brisk tonight through the middle of the week. More sun Tuesday with highs near 80 and high temps stay near 80 for Wednesday and Thursday. Scattered showers & storms possible late Wednesday followed by more showers & storms Thursday and Friday. Dry for next weekend with highs in the lower 70s. Have a good one!