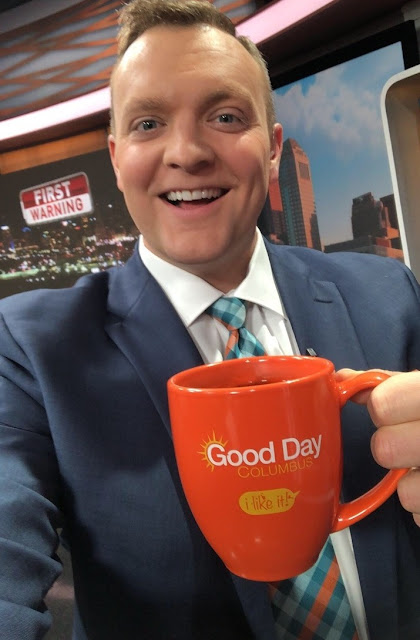 I've been powering through the week and hopefully you have as well!  What would we do without caffeine?!?! 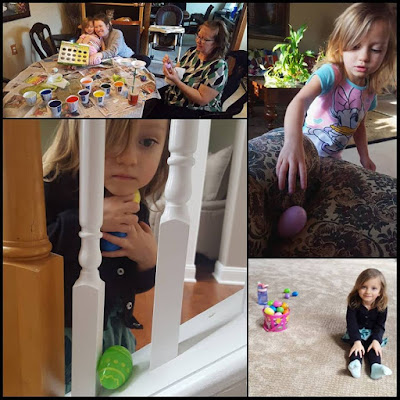 Easter was a lot of fun. Summer was lucky because the Easter Bunny made two stops.  LOTS of candy, but finding the eggs was almost more fun than eating the candy. 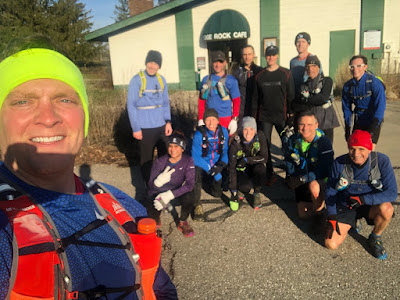 Since I was out of town, I met up with some random trail runners at Hinckley Reservation.  We crossed a bunch of streams, ran through the mud, but the views were fantastic. 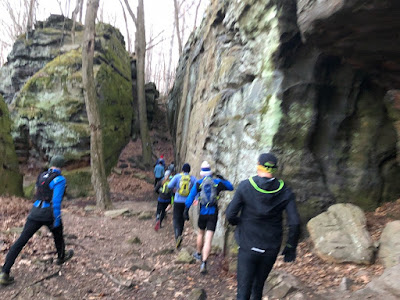 This photo is a little blurry because I took it while we were running, but some awesome rock formations along the trail. 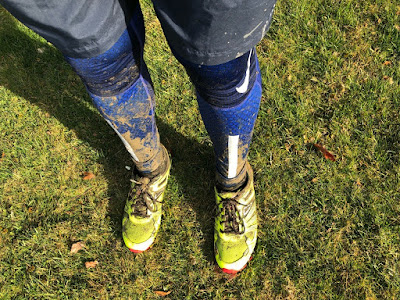 But, yes, a little muddy.  That was my first distance on a trail at least a half marathon.  It felt great and the thing I like about trails is that it isn't all about finishing under a certain time.  It is about safely navigating the what the trail gives you and enjoying the sights and sounds.  Good training for my trail marathon in June.

BTW, what the heck is up with all of our snow in April?!?!  I am done. Done! Let's jump into at least slightly warmer temps! 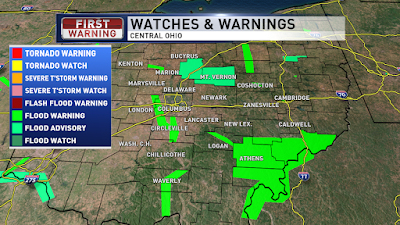 Flooding still an issue for many spots around the area from the 2-4" of rain we picked up on Tuesday. 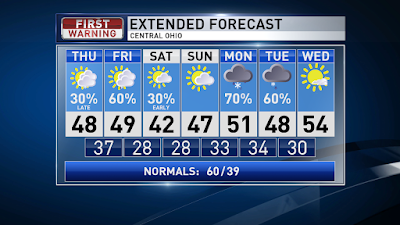 Grab the coat! Temps are below freezing this morning and wind chills have been dipping into the teens at times. Early sun today, but more clouds by the afternoon with temps climbing into the upper 40s. A few light rain/snow showers this evening will mainly stay north. Chilly tonight and mostly cloudy and the clouds stick around most of the day Friday with a few peeks of sun and temps warming near 50. Rain showers return later Friday and as temps fall Friday night we transition over to snow showers. Snow showers continue overnight and move south. Central Ohio could have a light accumulation and Southern Ohio could see a couple inches or more by daybreak. Snow should be moving out early Saturday then clouds clearing. Changing the icon from a wintry mix to snow showers. 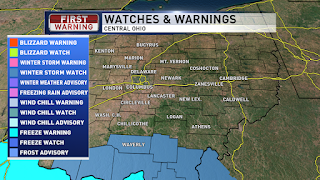 As of writing this, Thursday morning at 8AM, the National Weather Service has a Winter Storm Watch for far Southern Ohio for Saturday morning. Increasing sun during the day on Saturday and more sun Sunday with highs in the 40s. Clouds return later Sunday with some snow showers possible Sunday night into early Monday morning. Temps warm up Monday with a wintry mix possible as we warm up. More wintry mix possible Tuesday, but that is looking lighter. Much warmer temps on the way in a week and a half!  Have a good one!