Marcus is back from Bulgaria!!!

It was a crazy week last week.  I felt like I never had a chance to just stop and relax.  So when Friday came I was ready for a fun weekend.  Friday evening we stayed in Columbus and got some "weekend stuff" done like laundry and running around. 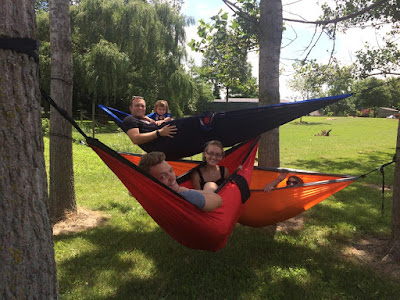 Saturday we went back to my parents' family farm. Marcus is back from his year in Bulgaria, so we hung out with him all weekend.  He REALLY wanted a hammock while in Europe and kept asking me about mine. We brought him a gift for the family reunion. After he kept asking to buy mine I told him to open his gift and it was a double 1000 lbs limit hammock. He was so excited for when he goes back. He said when he does his backpacking trips he will be all set now. 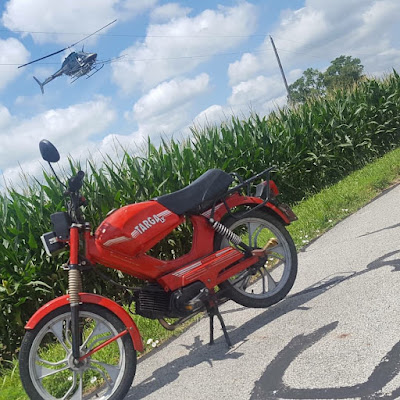 Then the farm down the street had a helicopter crop duster so I rode the moped down to watch. 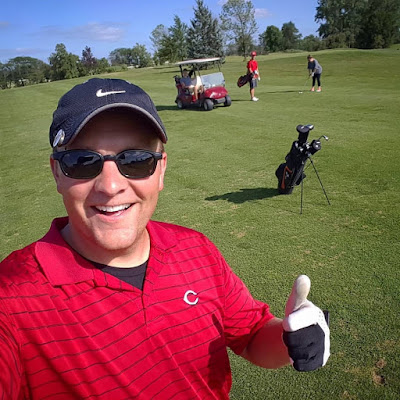 Then we played 9 holes of golf. Lots of fun. 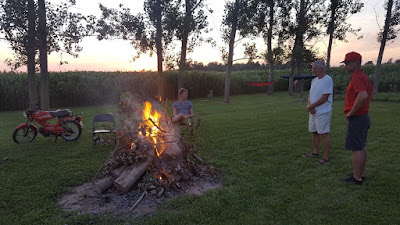 My parents had some downed limbs from recent storms and a couple trees that were cut down so we had a bonfire.  Notice the hammocks still up.  We tried sleeping in them.  I could not find blankets in the house.  Apparently they were in a dresser... I didn't look there.  So I went out and fell asleep, but Marcus came out later after finding the blankets.  Well... I tossed a water bottle in the side pouch and flipped it over the hammock.  No bugs can get in! BUT... my backside is only a couple millimeters from the exposed cool air. I got too cold and went inside and jumped in bed with my wife at 3:30AM. She said I was FREEZING. The bottom of you gets really cold in a hammock so you need a blanket under you more than on top. Note to self. ;) 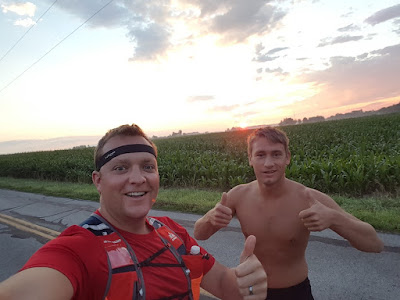 Up early for a 6AM run with my brother Clark.  He is training for a triathlon in a month and a half.  We ran 12 miles to the local town and back. It was nice to spend some time with him chatting away 12 miles at a pretty good pace.

This is one of my new favorite photos. I loving being back at the farm and running endless miles on straight country roads surrounded by fields of corn. Call me weird. ❤️✌🏼🏃🏼 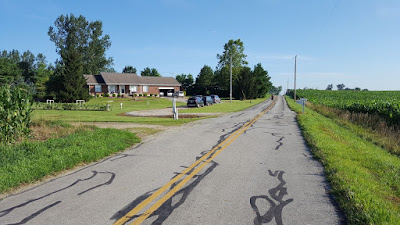 It’s always a great sight to see my parents farm among the fields of crops after a humid run. 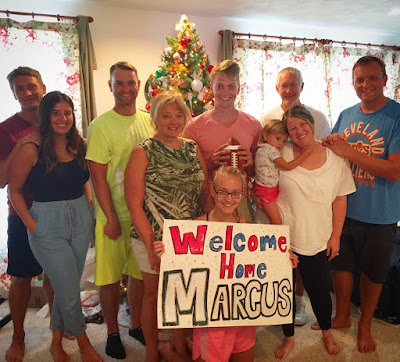 It was such a blessing getting together with the entire family and it very well may have been the first time in nearly a decade that we all stayed the night at my parents.  My grandpa came up as well with my Aunt Jane.  I am not sure where he was for the photo. 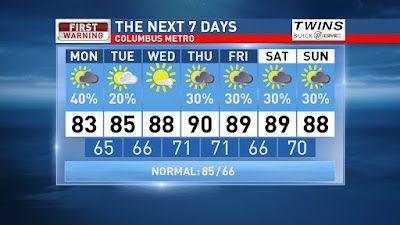 Warm temps to start the week then heating up for the end of the week. Today we could see a few isolated showers and storms in the afternoon and early evening followed same tomorrow, but rain will be less likely Tuesday. Mostly sunny Wednesday then heating up with pop-up rain possible for the rest of the week and weekend. Have a good one!