How about this weather?!?! 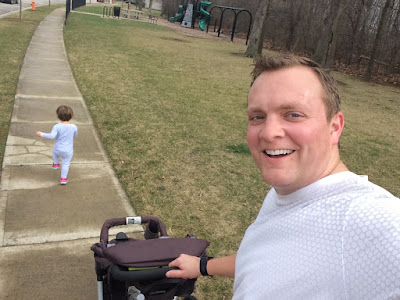 This weather has been FANTASTIC!  Summer and I went for a three mile run yesterday and spent some time at the park. 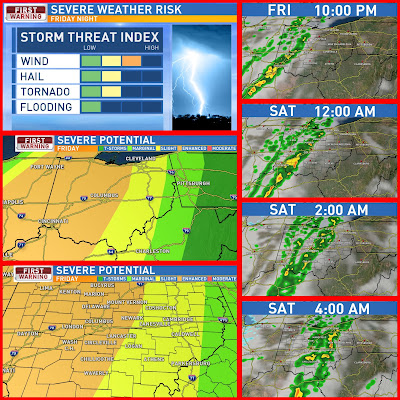 A few patches of early fog today then becoming mostly sunny and temps will likely break our old record high temperature, 72 set in 1961, with ease. There is a very slight chance for rain during the daytime hours, but most of the rain will hold off until later. Storms will develop late this afternoon in Indiana and start marching into Ohio after sundown. The storms may initially form into a broken line, so not everyone will see storms, but be prepared if you do see the storms. Main threat for the storms will be gusty winds, but hail is also possible and cannot rule out the chance of a tornado. The storms will race across Central Ohio between 9PM from the west and move out to our east by 4AM, so Columbus is looking around a midnight time-frame for the storms. Timing may need to be slightly adjusted based on the initial location of storm development. Temps will fall very fast tonight after the storms and we will start the morning in the mid to lower 40s and fall into the mid 30s by the late Saturday afternoon. An early rain shower is possible Saturday, but we will see any rain transition over to light snow and flurries as temperatures fall. Winds will be brisk later today, tonight, and Saturday. Partly cloudy on Sunday with highs in the lower 40s and the chance of rain showers will return by Monday as we start trying to warm back up. Have a good one!