I was trying to get video yesterday of Summer crawling because very soon those days will be over.  She is wanting to walk as much as possible.  I got a mini Columbus Crew soccer ball a few years ago at Comm Fest and I kick it around the house.  Summer thinks it is hilarious and we kick it back and forth.  So I got video of that too.  This animated image doesn't do justice because you can't hear her giggling the entire time. 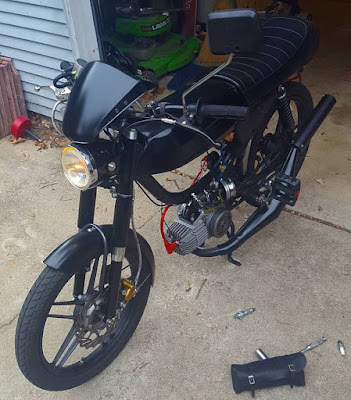 One of my friends, William, bought my Puch Magnum a couple years ago and he has been riding it and doing his own touches on the bike.  I have not seen it in person in about 18 months and William asked for help timing the newly rebuilt motor yesterday.  I went over and offered my assistance.  I even got to fire it up and it REALLY made me miss it.  So much fun! 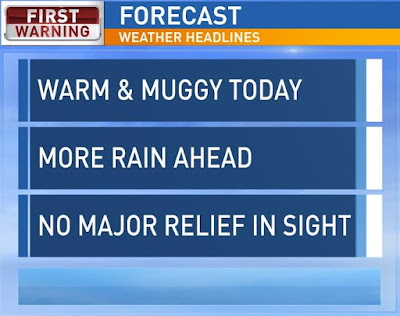 Our weather pattern is really not changing anytime soon... 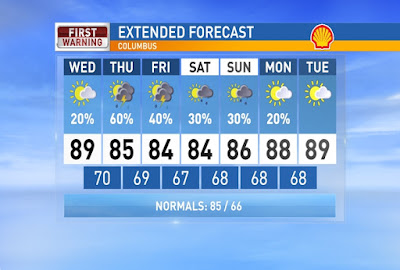 Starting out Wednesday morning with some patchy fog, mainly south of I-70. Another very warm day with the humidity making it feel like the low-mid 90s. More isolated showers & storms, mainly for the Southern half of Ohio where a stationary front has been parked. That front will lift north Thursday bringing a better chance of rain for the rest of Central Ohio with more scattered showers and storms. Temps stay in the mid-upper 80s through the weekend with the chance of scattered rain staying around as well. Have a good one!