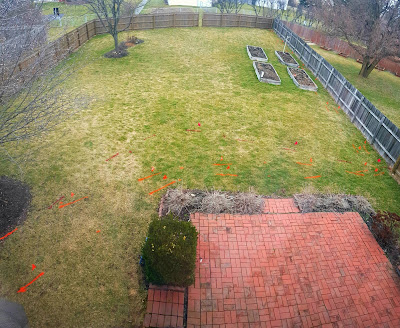 I called 811 yesterday to have my utilities marked and it only took about 4 hours until someone showed up.  We have been debating re-doing the patio because the bricks have settled and we may make it a little larger.  Kinda depends on how much we want to invest into the project.  The other reason is because I will be replacing the wood on the raised garden beds.  Both projects look generally good to go, but cable (which we don't use) runs under the edge of one of the beds.  At least it isn't the electric. 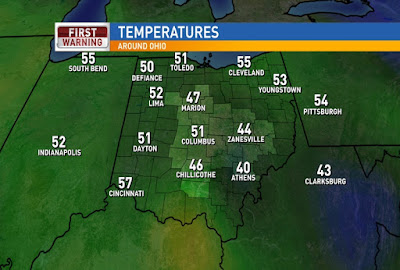 Temperatures are WARM for a March morning! 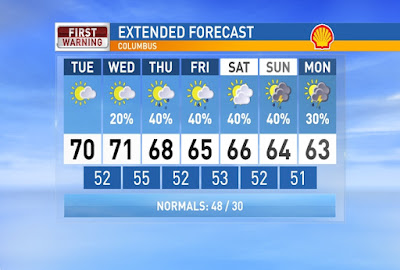 Here comes Spring! Temps are expected to top out near 70 today for the first time this year. A mix of sun and clouds today and we stay warm for the entire extended forecast with no temperatures below 50 expected. With the warm gulf air being pushed in... that also means we will see the chance of rain to be pushed in as well. Starting later Wednesday, on and off showers are possible and will remain in the forecast through the weekend. Have a good one!